Ice in the Chesapeake Bay 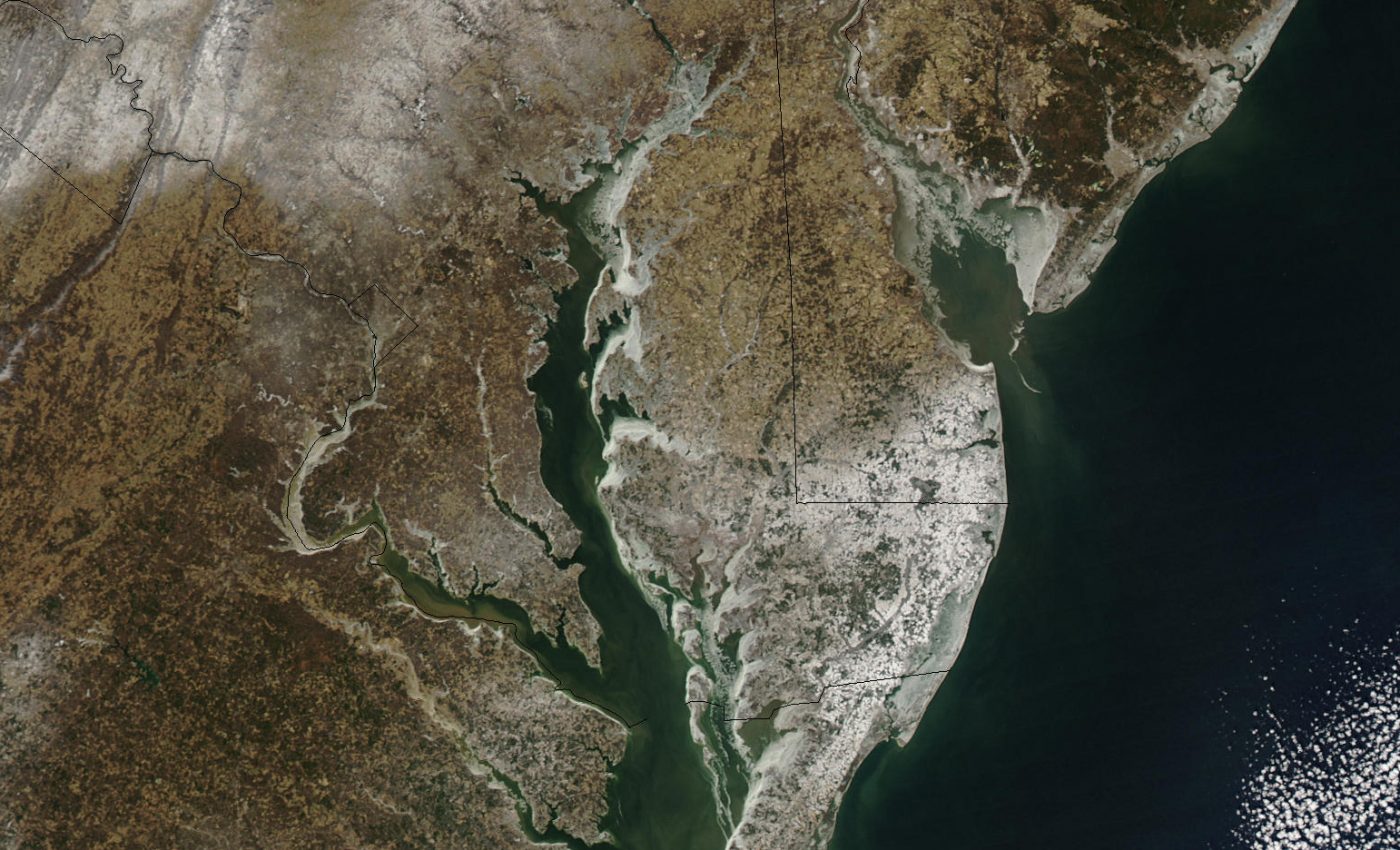 On January 24, 2003, a winter storm dumped 1 to 2 inches of snow around the Washington, D.C., area and covered parts of Marylands Eastern Shore with 5 inches of snow. The image above, acquired by the Moderate Resolution Imaging Spectroradiometer (MODIS) aboard NASA Aqua satellite, shows the extent of the snow cover (white pixels) in contrast to the various brown hues of the bare land surface. The scene also reveals the extent of ice forming on the Chesapeake Bay as well as the Potomac River.

The Chesapeake Bay is an estuary in the U.S. states of Maryland and Virginia. Therefore the Bay is located in the Mid-Atlantic region. And also primarily separated from the Atlantic Ocean by the Delmarva Peninsula with its mouth located between Cape Henry and Cape Charles. With its northern portion in Maryland and the southern part in Virginia, the Chesapeake Bay is a very important feature for the ecology and economy of those two states, as well as others. More than 150 major rivers and streams flow into the Bay’s 64,299-square-mile (166,534 km2) drainage basin, which covers parts of six states (New York, Pennsylvania, Delaware, Maryland, Virginia and West Virginia) and all of Washington, D.C.