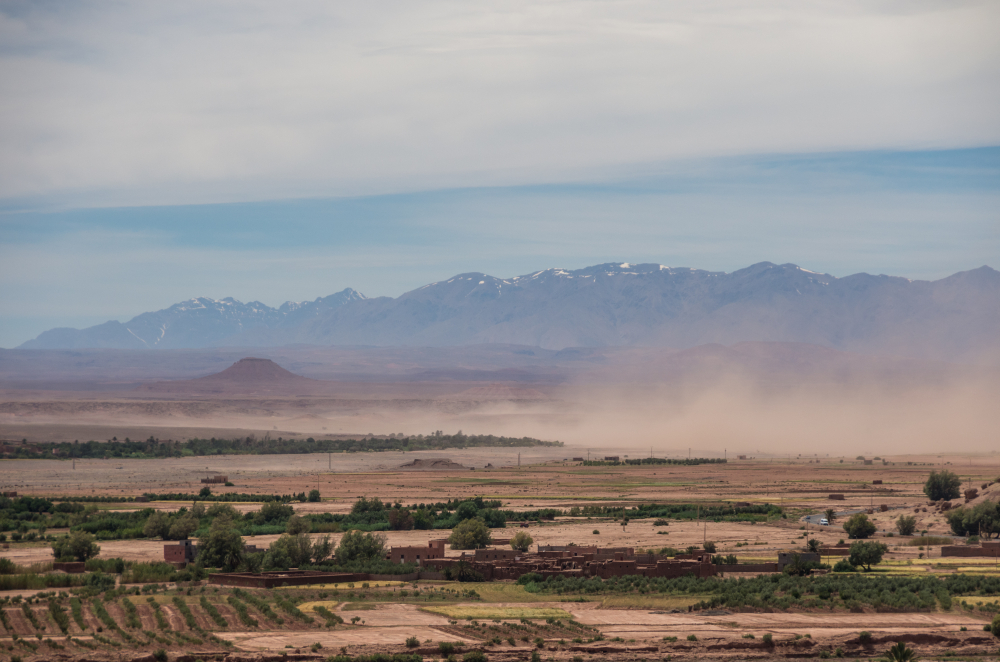 This region is prone to very large storms, which are a hazard to transportation and human health. In addition to the visible bands used to create this image.MODIS collects data in the broadband thermal portion of the spectrum. Researchers (Ogawa et al. 2004) in the journal Earth Interactions, a publication of the American Meteorological Society, used emissivity and reflectance derived from MODIS data to study the climate of North Africa and the Arabian Peninsula. Other researchers have used MODIS imagery to detect large dust storms which could be used as an early warning system.