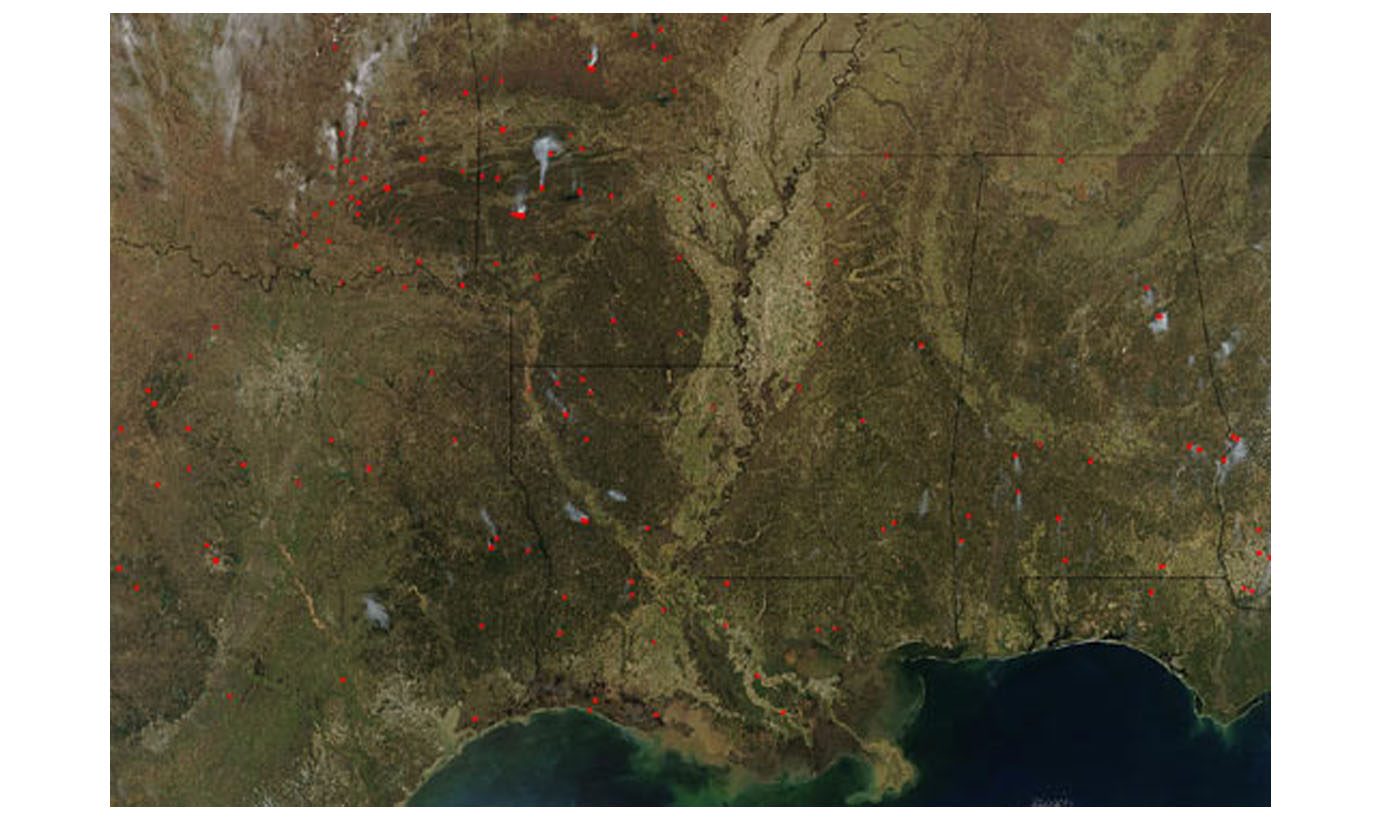 This image of fires across southern United States was captured on March 10, 2004. Also done by the Moderate Resolution Imaging Spectroradiometer (MODIS) on the Aqua satellite. Therefore Actively burning fires have been marked with red dots in Oklahoma (top left), Texas (bottom left), Arkansas (top center), Louisiana (bottom center), and (left to right across the rest of the image) Mississippi, Alabama, Florida, and Georgia.

Most of us don’t t think of late winter as fire season in the United States. Although according to the Southern Coordination Center for the National Interagency Fire Center, just over 993,000 acres had been affected by fire in the Southern region as of March 23, 2004: 11,936 human-caused fires affected 130,385 acres; 18 lightning-caused fire affected 225 acres; and 1,084 prescribed fires (those set by land management agencies for natural resource management purposes) affected 862,772 acres.

The high-resolution image provided above is 500 meters per pixel. The MODIS Rapid Response System provides this image at additional resolutions. Fires Across Southern United States have become a very common thing. Therefore happening all too often and causing a lot of damage to our terrain and landscape.