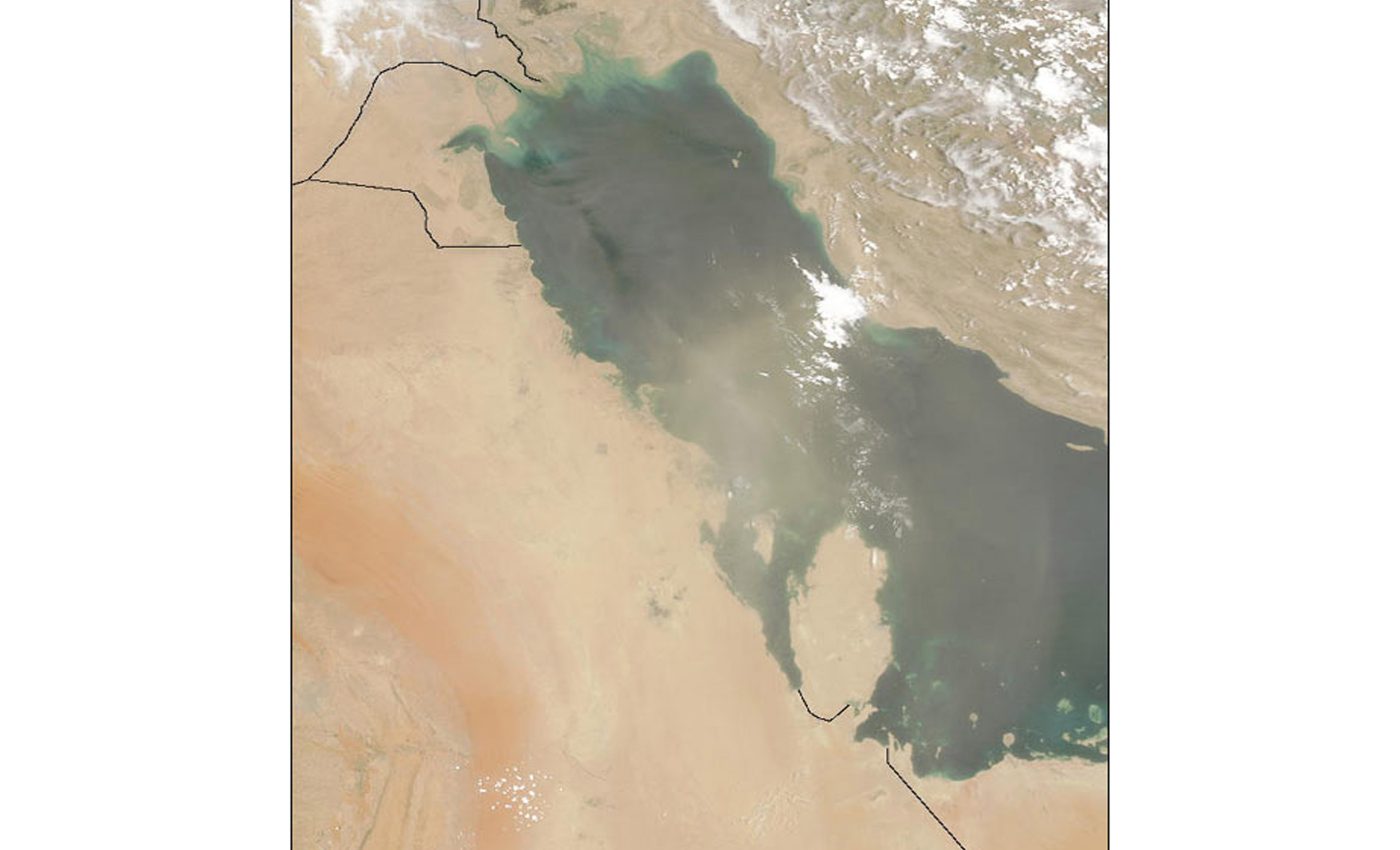 A dust storm was blowing over a wide area of the Middle East on May 28, 2003. This Moderate Resolution Imaging Spectroradiometer (MODIS) image shows a haze of dust over (clockwise from top right) Iran, United Arab Emirates, Saudi Arabia, Kuwait, and Iraq. The dust is especially thick in the center of the Persian Gulf.
The high-resolution image provided above is 500 meters per pixel. The MODIS Rapid Response System provides this image at MODIS’ maximum spatial resolution of 250 meters.

The Persian Gulf is a mediterranean sea in Western Asia. The body of water is an extension of the Indian Ocean (Gulf of Oman) through the Strait of Hormuz and lies between Iran to the northeast and the Arabian Peninsula to the southwest. The Shatt al-Arab river delta forms the northwest shoreline.
Therefore the Arab governments refer to it as the “Arabian Gulf” but neither term is recognized globally. Also the name “Gulf of Iran (Persian Gulf)” is used by the International Hydrographic Organization.
The Persian Gulf was a battlefield of the 1980–1988 Iran–Iraq War. Also in which each side attacked the other’s oil tankers. It is the namesake of the 1991 Gulf War. Although the largely air- and land-based conflict that followed Iraq’s invasion of Kuwait.
The Persian Gulf has many fishing grounds, extensive reefs (mostly rocky, but also coral), and abundant pearl oysters.
The Persian Gulf is in the Persian Gulf Basin. Also which is of Cenozoic origin and related to the subduction of the Arabian Plate under the Zagros Mountains. The current flooding of the basin started 15,000 years ago due to rising sea levels of the Holocene glacial retreat.