Smoke from Asian Fires Over Canada 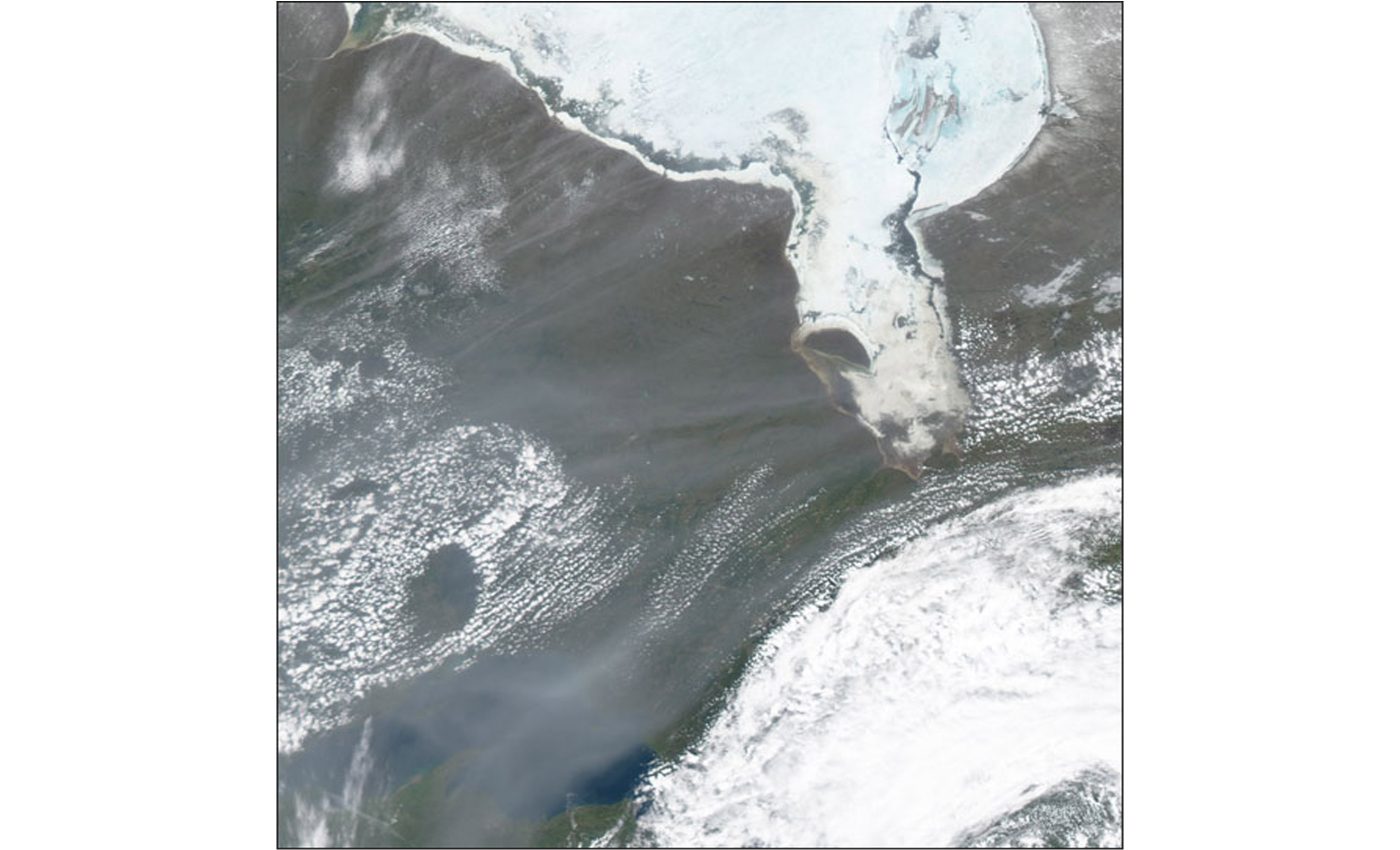 Smoke from Asian fires over Canada forest fires raging across eastern Russia is making its way around the globe. This true-color Moderate Resolution Imaging Spectroradiometer (MODIS) image from May 25, 2003, shows smoke from those fires over Ontario (west of Hudson Bay, top) and Quebec (east). The smoke is especially thick over Lake Superior (bottom left).

As a whole, Canada is sparsely populated, the majority of its land area being dominated by forest and tundra. Its population is highly urbanized, with over 80 per cent of its inhabitants concentrated in large and medium-sized cities, and 70 per cent residing within 100 kilometres (62 mi) of the southern border. Canada’s climate varies widely across its vast area, ranging from arctic weather in the north, to hot summers in the southern regions, with four distinct seasons.