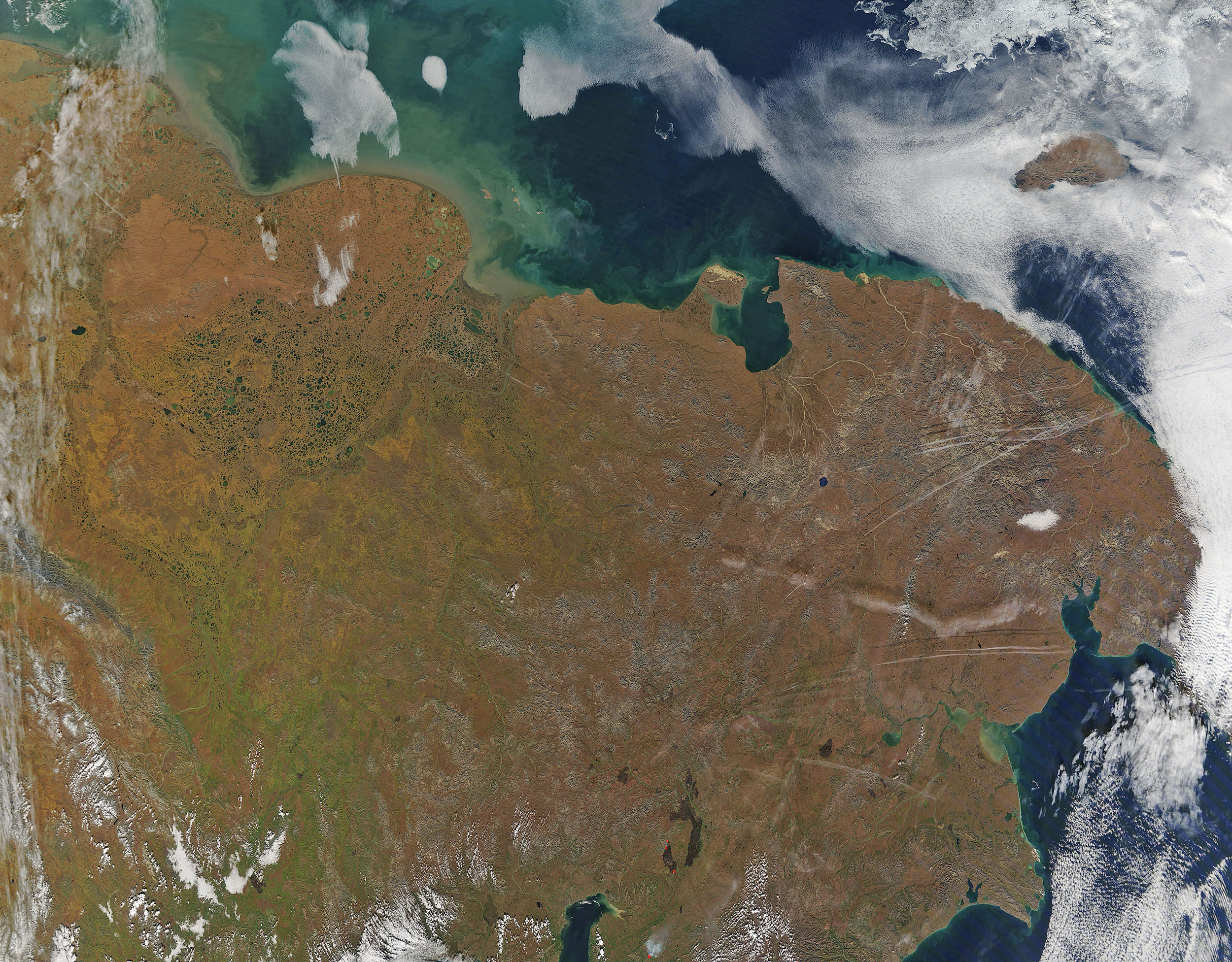 Autumn comes early in the Arctic, with the warmth and greenness of summer quickly slipping into chilly air and golden tones by late August, long before the calendar marks the official change of season. By early September the first frosts may be felt in the northern parts of the region, and snowfall can occur shortly thereafter.

Like other northern areas, the seasonal color change is due to forests of deciduous trees, where the leaves change color before dropping to the ground. Unlike the more southerly mixed forests where the different species of trees created a multi-colored palette, the eastern Siberian taiga is dominated by a single species – a deciduous conifer known as Larix gmelinii, or Dahurian Larch. When the needle-like leaves of the larch turn yellow in the fall, the entire landscape takes on a golden hue.

In the south-central section of the image, just north of the blue waters of Penzhina Bay, three red hotspots can be seen, along with typical smoke which indicates actively burning fire. The fires burn at the edge of a large, black burn scar – an area where fire has consumed all the vegetation, leaving the area charred. Just to the northeast lies a burn scar at least three time the size, indicating a recent, massive fire. This larger burn scar shows some green in some areas, including along the river which runs through it, suggesting at least part of the area burned in a previous year. Additional burn scars are scattered through the image, particularly in the south. Details of the burn scars, as well as the golden glow, are best viewed at higher (500 m) resolution.