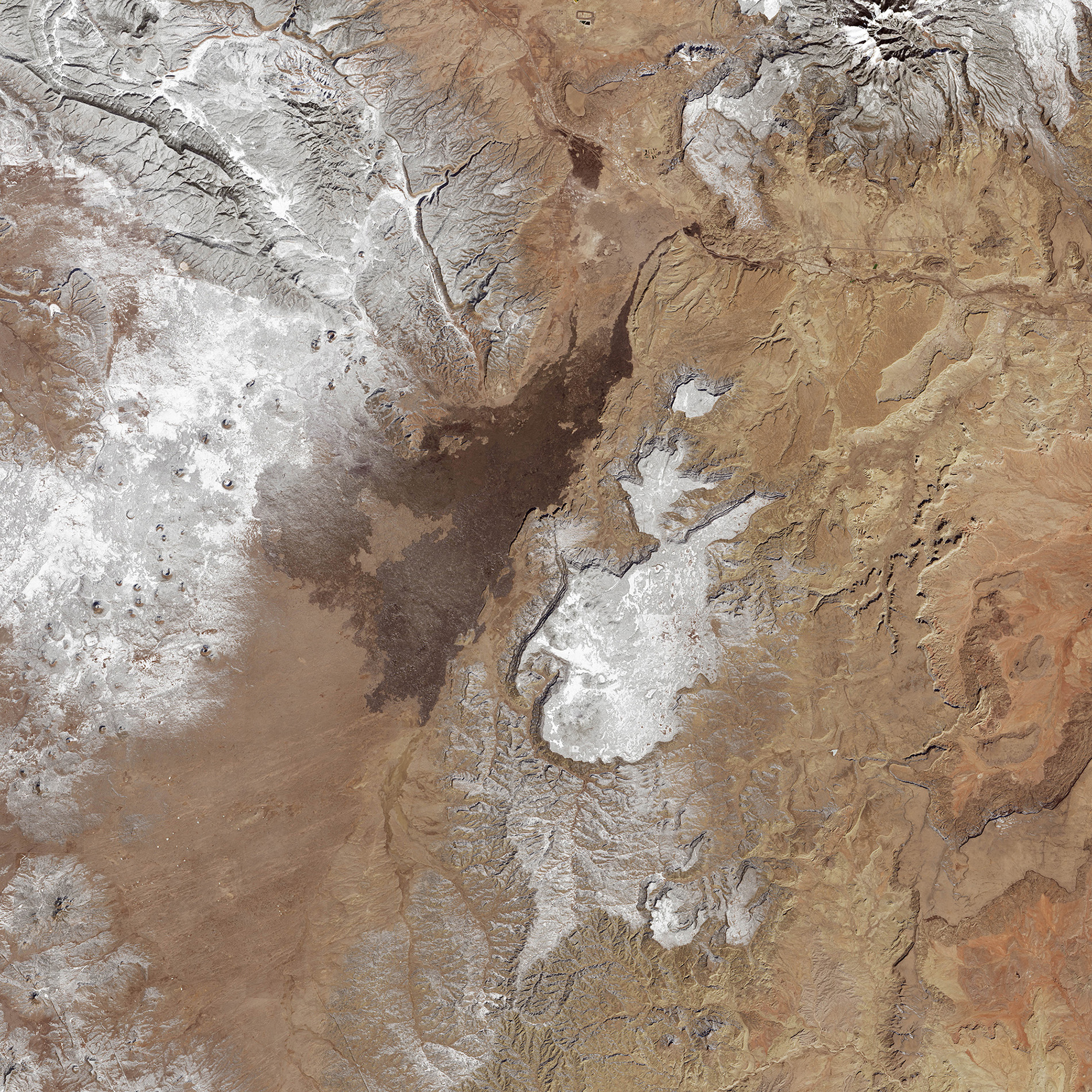 In 1970, researchers published a lengthy analysis of lava tubes in New Mexico, noting their apparent similarities to formations visible on the Moon. That Moon-like parcel of Earth eventually became part of El Malpais National Monument in the late 1980s. Subsequent fieldwork has helped puzzle out the history of this unique volcanic landscape of fire and ice.

El Malpais spans 460 square kilometers (114,000 acres) of land about 120 kilometers (70 miles) west of Albuquerque, New Mexico. On January 29, 2016, the Operational Land Imager (OLI) on Landsat 8 acquired this image of the monument. The view from above shows the large-scale features, most notably the extensive lava flows. White areas are snow.

Black rocky surfaces—some glassy and some more weathered—stem from lava flows that date as far back as 700,000 years ago. Since then, at least 15 different lava flows have stacked up. Not all of the flows are so old: the youngest was laid down by an eruption just 3,000 years ago.

On the surface, the landscape has been sculpted by volcanic activity and weathering. A line of cinder cones, where magma broke through the Earth’s crust, is visible inside and outside the monument boundaries. Elsewhere in the park, volcanic rocks give way to sandstone bluffs, hoodoos, and arches.

But geologic wonders also exist underground. A network of lava tubes and caves—the cavities left behind after lava has emptied from the conduit—are open for exploration by park visitors. The Big Tubes Area, for example, includes a cave with a floor of ice that persists year-round.

Clues to the presence of lava tubes can sometimes be spotted at the surface. When the roof of a tube collapses, it forms a trench. Other tubes sometimes show up at the surface as an elongated mound, formed from the pressure of hot lava below.