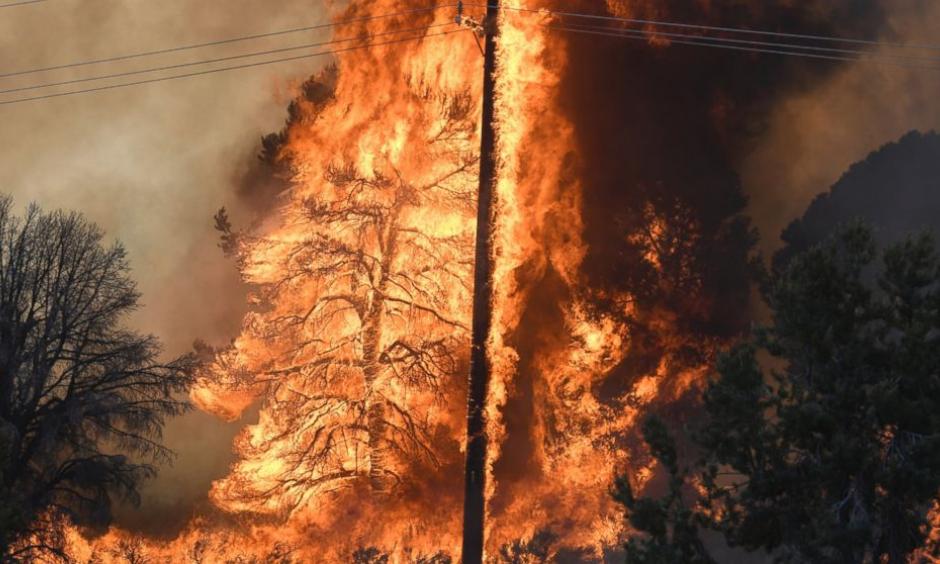 Extreme heat triggers fires in Arizona Today’s Image of the Day from NASA Earth Observatory shows smoke streaming from several large fires in Arizona, where drought has persisted for months.

Over the last few weeks, an extreme heat wave drove temperatures over 115 degrees on multiple days.

Extreme heat triggers fires in arizona The website InciWeb reports that there were dozens of fires in Arizona and New Mexico in the month of June. Several of these fires were triggered by lightning.

According to Michael Crimmins of the University of Arizona, human greenhouse gas emissions have likely left a fingerprint on the heat wave.  North America is a continent entirely within the Northern Hemisphere and almost all within the Western Hemisphere. It can also be described as the northern subcontinent of the Americas. It is bordered to the north by the Arctic Ocean, to the east by the Atlantic Ocean, to the southeast by South America and the Caribbean Sea, and to the west and south by the Pacific Ocean. Because it is on the North American Tectonic Plate, Greenland is included as part of North America geographically. North America covers an area of about 24,709,000 square kilometers (9,540,000 square miles), about 16.5% of the Earth’s land area and about 4.8% of its total surface

“It may look similar to other heat waves on a weather map, but the magnitude, intensity and duration of the event is larger because of climate change.”

The image was captured on June 21, 2021 by the Moderate Resolution Imaging Spectroradiometer (MODIS) on NASA’s Aqua satellite.