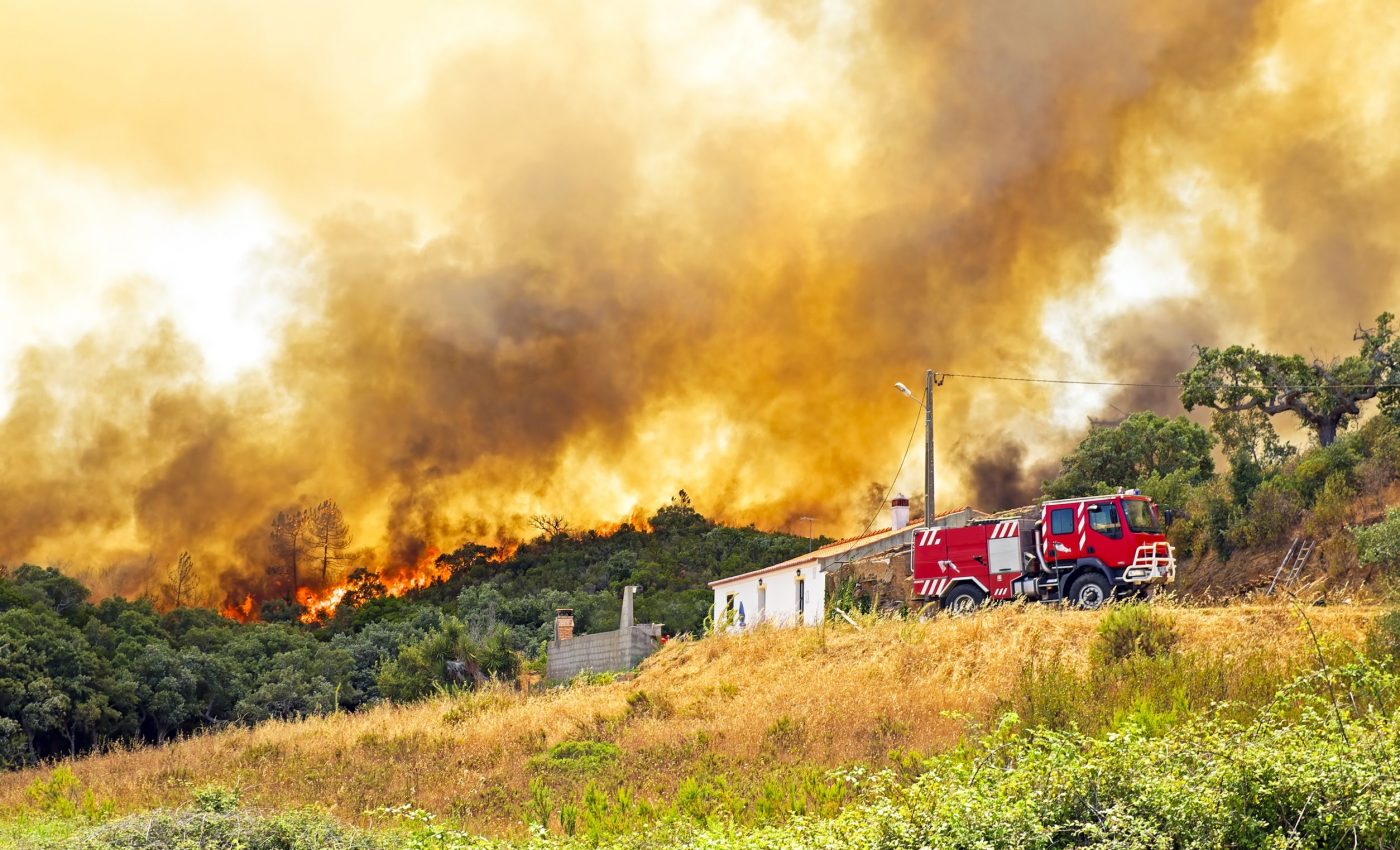 The MODIS on NASA’s Terra satellite detected a large fire in Portugal burning in northwest Portugal on June 5, 2006. The fire, outlined in red, was billowing a cloud of smoke that spread out over the Atlantic Ocean. The fire is near the border of Portugal and Spain, which both share the Iberian Peninsula.

The 2016 Portugal wildfires are a series of wildfires that burned across mainland Portugal and the Madeira archipelago. Also in the north Atlantic Ocean during August 2016 that prompted the evacuation of more than one thousand people. It also destroyed at least 37 homes near Funchal on Madeira island.  Also flights were also disrupted at Cristiano Ronaldo International Airport due to high levels of smoke.

Therefore at least seven major fires were burning out of control in the north of Portugal on August 9, according to officials, the fire of Arouca and S.Pedro do Sul was the biggest.