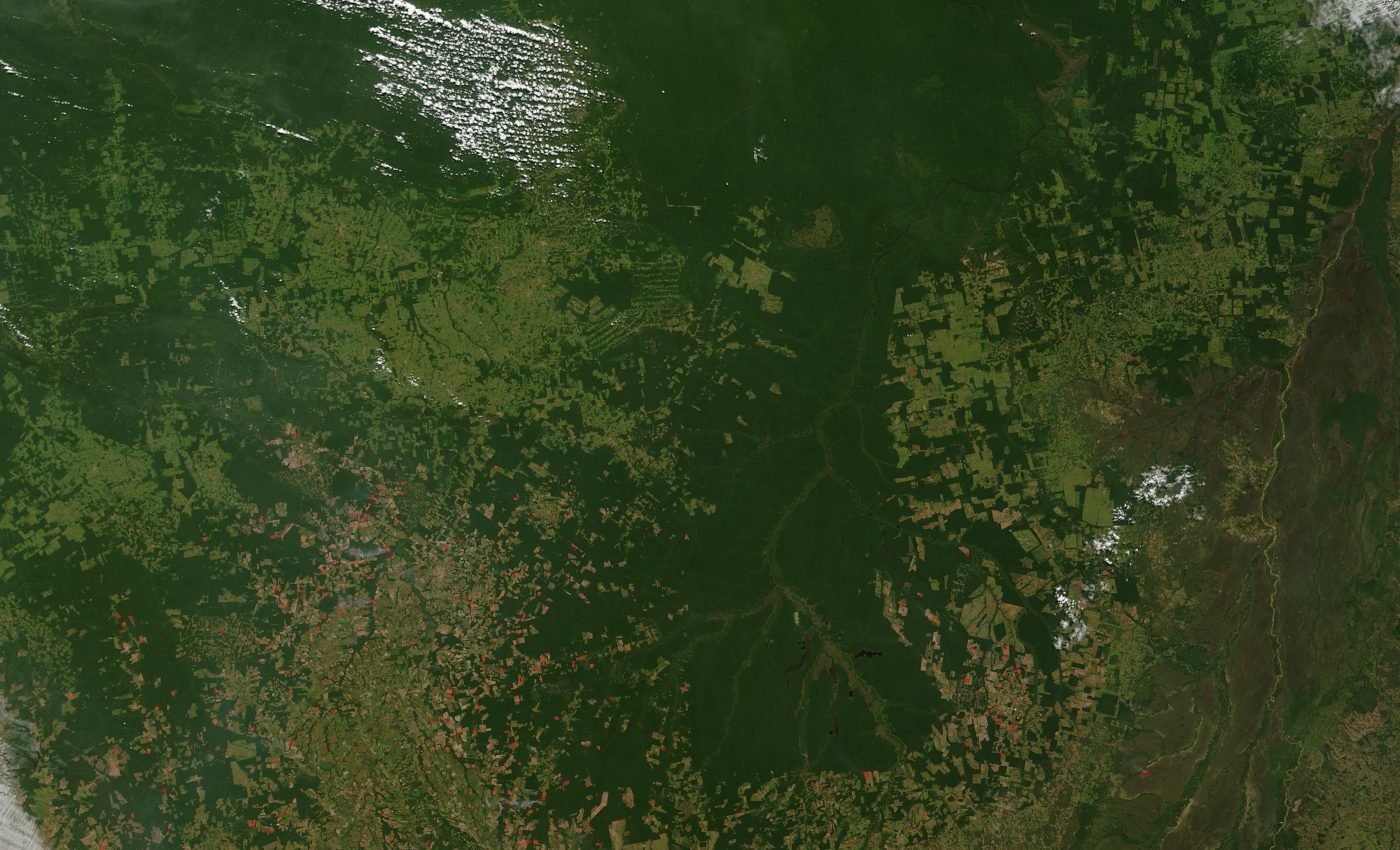 On July 25, 2004, fire activity in the developing Amazon frontier in northern Mato Grosso, Brazil, appeared to intensify compared to images captured earlier in the month. In the top center of this image from the Moderate Resolution Imaging Spectroradiometer (MODIS) on NASA’s Aqua satellite, more than a dozen large, smoky fires (marked in red) burned on either side of a road that carves its way northward into the rainforest from cleared areas in the center of the image. In the top right of the scene, fires are burning to the west of a clearing that opens into the forest through a .bottleneck. at the right edge of the scene. The thick plumes of smoke coming from these fires suggest that people are burning forests, rather than already-developed crop or grazing land. The progression of slash-and-burn deforestation away from new roads is a classic part of the land-use cycle in the developing Amazon frontier.

The pendulum of deep green hanging down from the broad expanse of intact forest in the top of the scene is the Xingu Indigenous Peoples’ Reserve, in the headwaters of the Xingu River, which flows northward to eventually join the Amazon River.