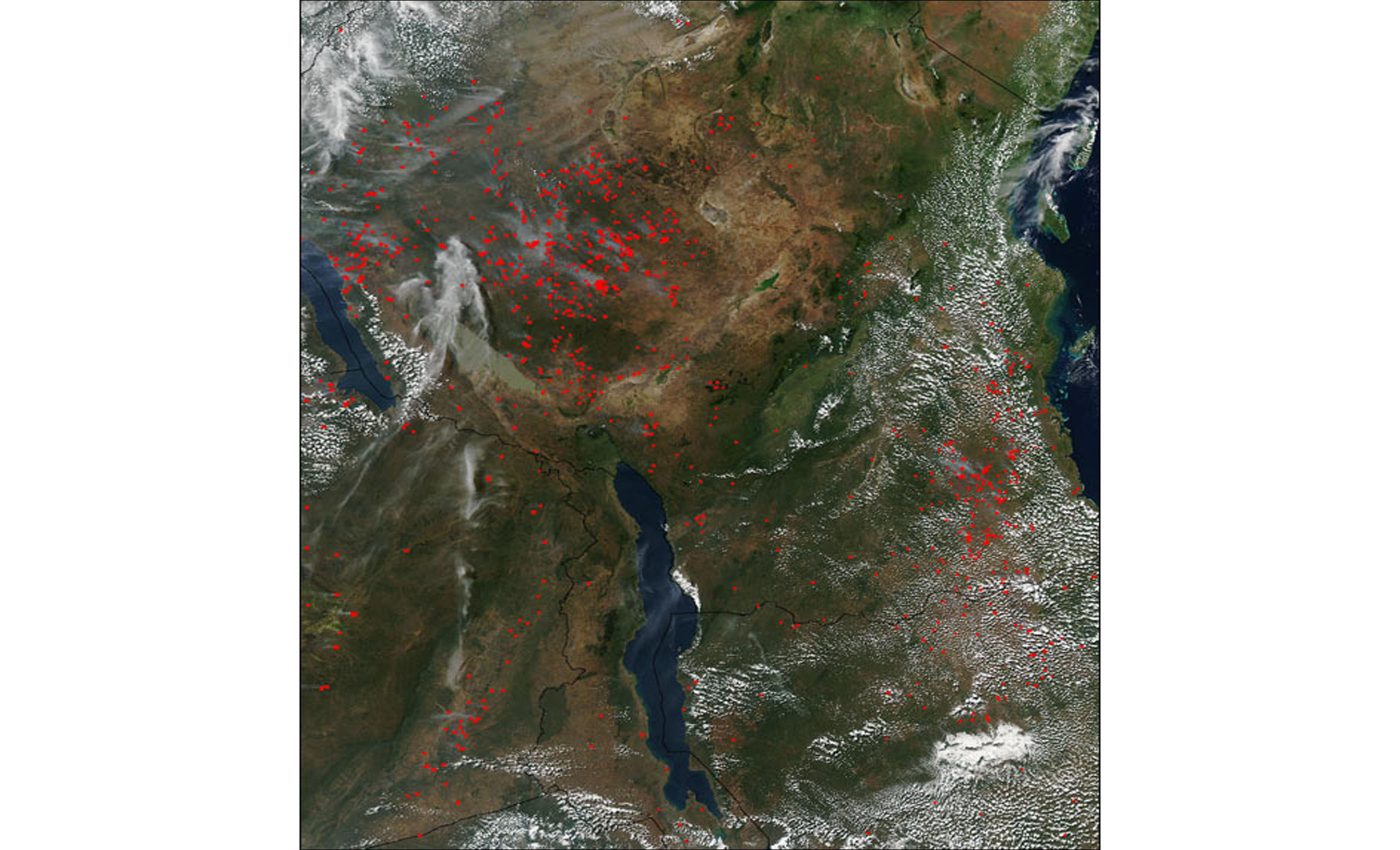 Numerous fires across Tanzania (marked with red dots) were burning across eastern Africa on June 10, 2003. The fires appear most heavily concentrated east of Lake Tanganyika (left edge), but are also scattered across Zambia (bottom left) and Mozambique (bottom right). The fires are part of the typical agricultural burning that occurs in the region, where people set fires to clear land and prepare it for planting and ranching. This Aqua MODIS image was acquired on June 10, 2003.

Many important hominid fossils have been found in Tanzania. Also such as 6 million year-old Pliocene hominid fossils. The genus Australopithecus ranged all over Africa 4-2 million years ago; and the oldest remains of the genus Homo are found near Lake Olduvai. Following the rise of Homo erectus 1.8 million years ago, mankind spread all over the Old World. Therefore and later in the New World and Australia under the species Homo sapiens. Homo sapiens also overtook Africa and absorbed the older archaic species and subspecies of humanity. One of the oldest known ethnic groups still existing, the Hadzabe, appears to have originated in Tanzania, and their oral history recalls ancestors who were tall and were the first to use fire, medicine, and lived in caves, much like Homo erectus or Homo heidelbergensis who lived in the same region before them.