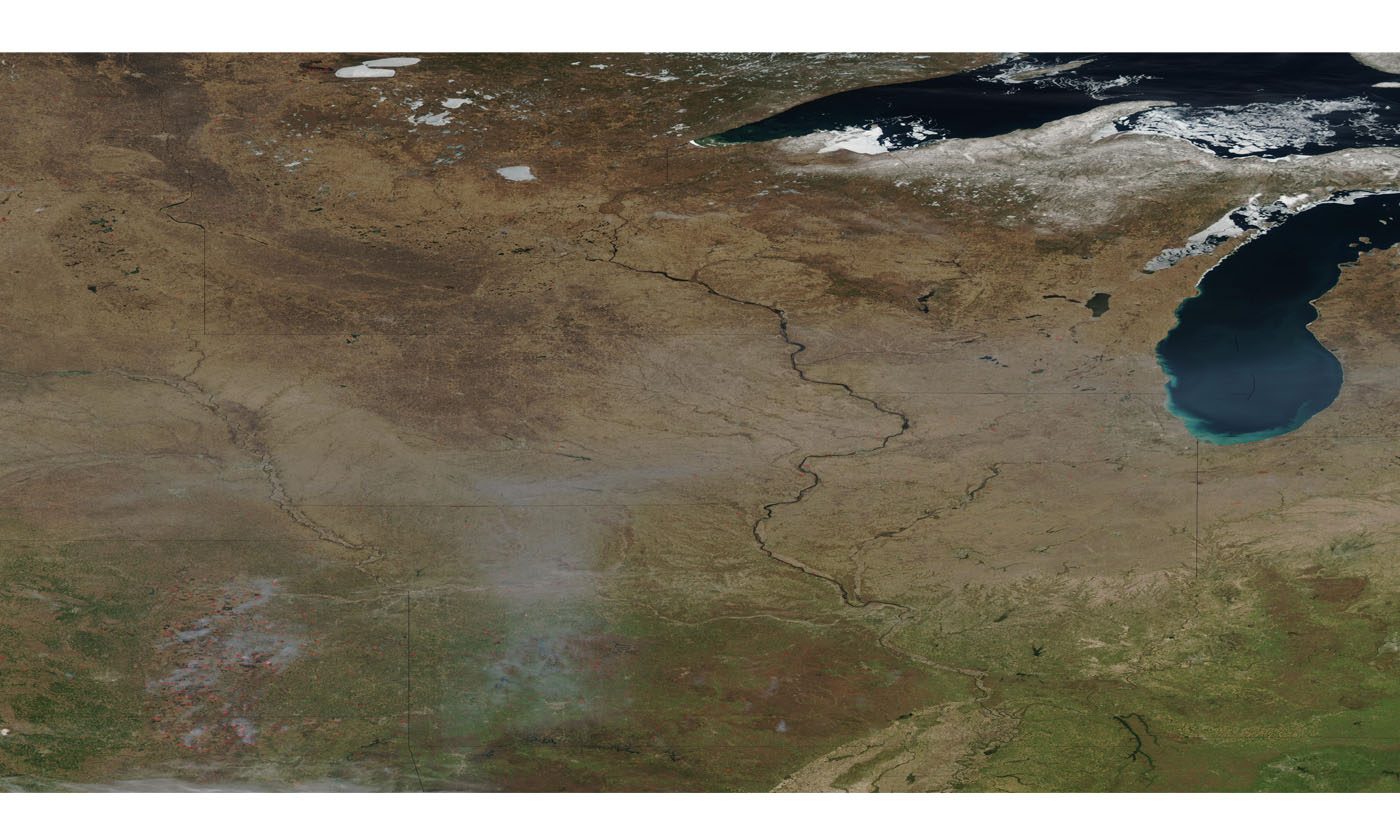 Fires and Smoke in Central United States. While ice still clings to the shores of Lakes Superior (top) and Michigan (bottom), spring’s green is creeping up from the south in this true-color Moderate Resolution Imaging Spectroradiometer (MODIS) from the Aqua satellite on April 11, 2003. Brush clearing and other fires related to agricultural activities were detected by MODIS and are marked with red dots. Fires are concentrated in Oklahoma (bottom left) and Kansas (to the north), but are scattered across other states as well.

4 of 9 Census Bureau Divisions have names containing “Central”, though they are not grouped as a region. They include 20 states and 39.45% of the US population as of July 1, 2007.

Almost all of the area is in the Gulf of Mexico drainage basin, and most of that is in the Mississippi Basin. Small areas near the Great Lakes drain into the Great Lakes and eventually the St. Lawrence River; the Red River Basin is centered on the North Dakota-Minnesota border and drains to Hudson Bay.