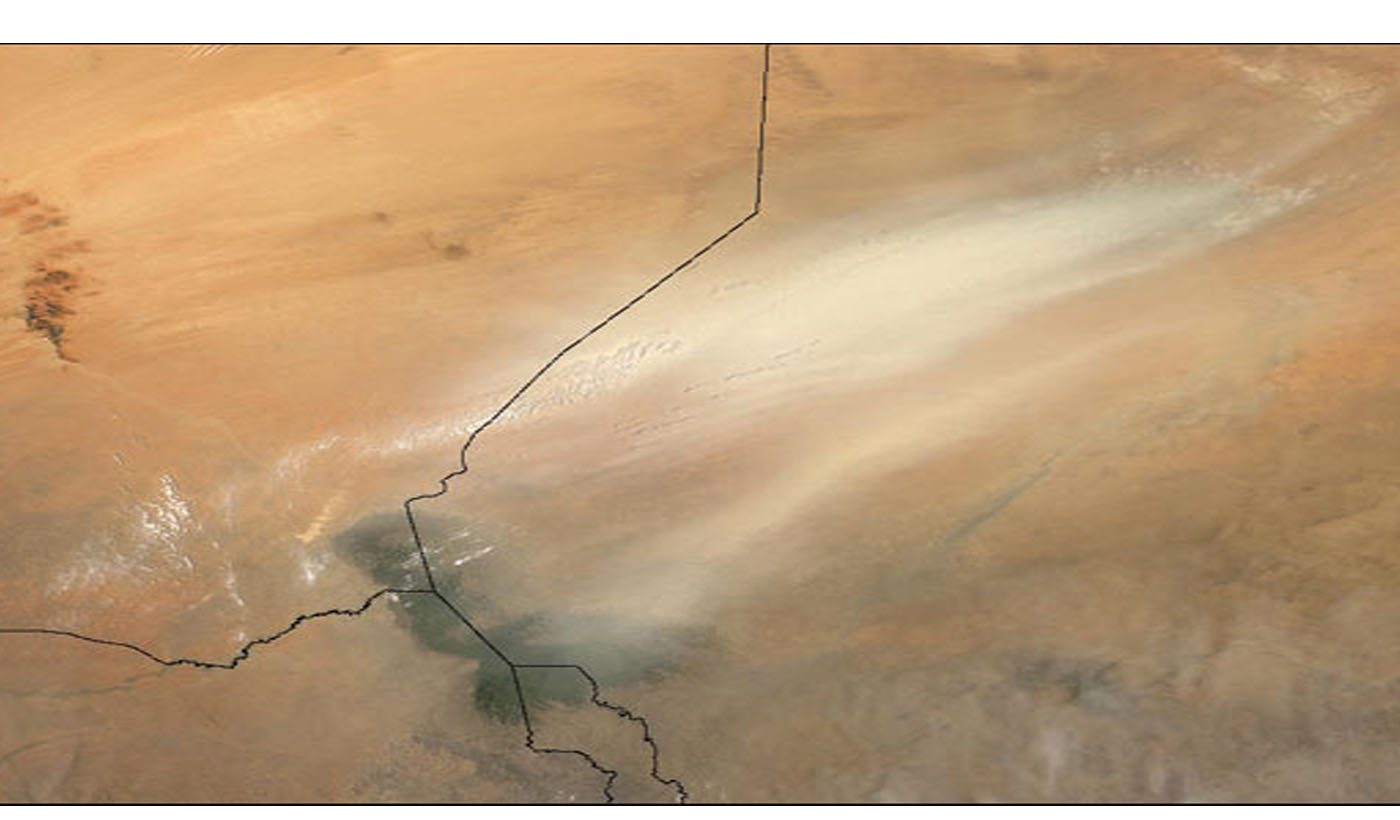 Highly reflective dust was blowing from the northeast over Lake Chad (green splash at bottom of image) on April 9, 2003. Frequent dust storms are just one of the many factors slowly eating away at this prime source of freshwater for people, animals and plants in (counterclockwise from top left) Niger, Nigeria, Cameroon, and Chad. Increasing demand for irrigation is draining the lake, and blowing sand and desert dust are creating sand dunes that are encroaching on the vegetation along the perimeter of the lake (see high-resolution image).

The high-resolution image provided above is 500 meters per pixel. The MODIS Rapid Response System prThe freshwater lake is located in the Sahelian zone of West-central Africa. It is located in the interior basin which used to be occupied by a much larger ancient sea sometimes called Mega Chad. The lake is historically ranked as one of the largest lakes in Africa. However, its surface area varies by season as well as from year to year. Lake Chad is mainly in the far west of Chad, bordering on northeastern Nigeria. The Chari River, fed by its tributary the Logone, provides over 90% of the lake’s water, with a small amount coming from the Yobe River in Nigeria/Niger. Despite high levels of evaporation, the lake is fresh water. Over half of the lake’s area is taken up by its many small islands (including the Bogomerom archipelago), reedbeds and mud banks, and a belt of swampland across the middle divides the northern and southern halves. The shorelines are largely composed of marshes. ovides this image at MODIS? maximum spatial resolution of 250 meters.