Fires and Smoke in Idaho and Montana • Earth.com

Fires and Smoke in Idaho and Montana 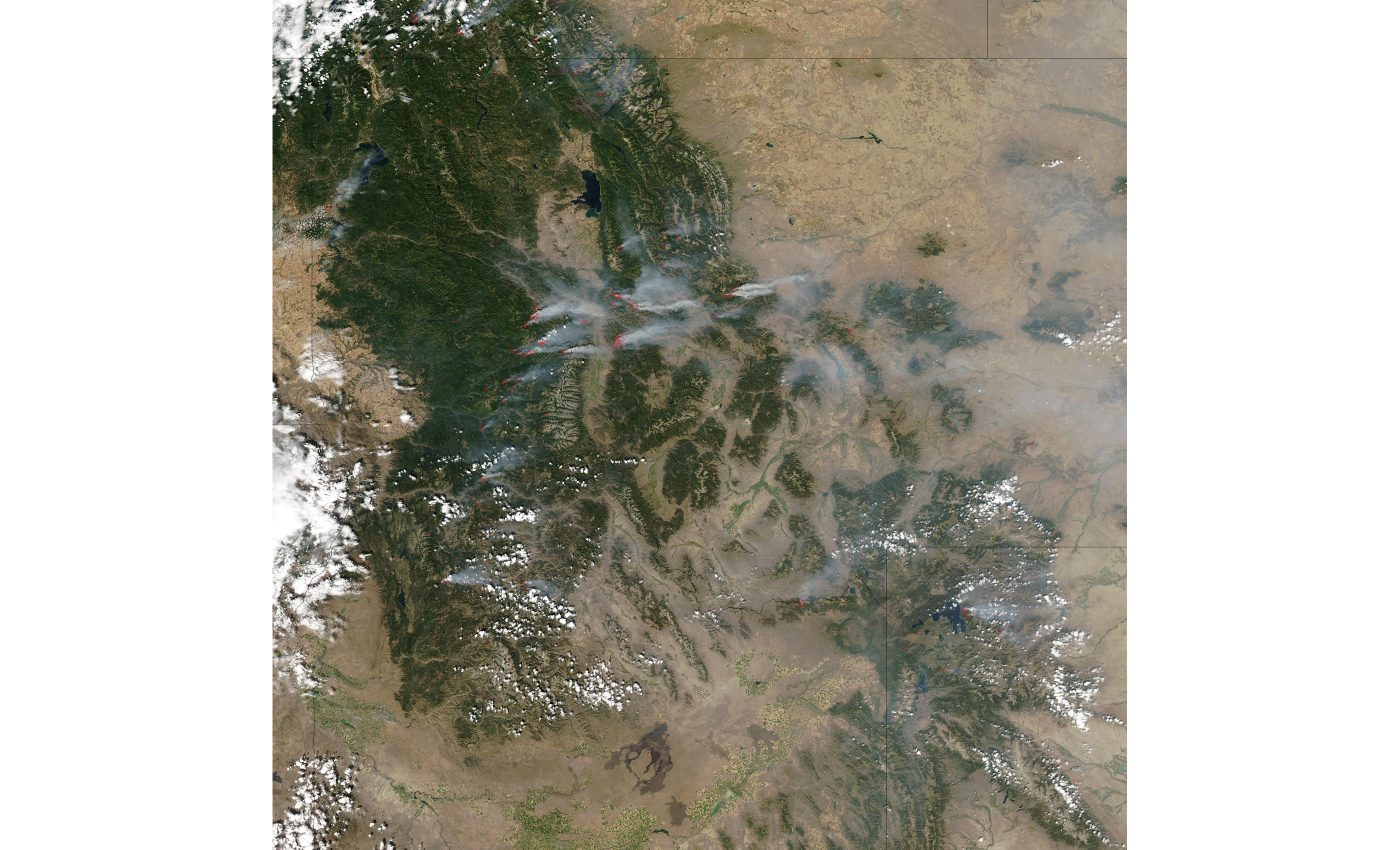 Fires and Smoke in Idaho and Montana. Dozens of fires burning in the Rocky Mountains in Montana were detected by the Moderate Resolution Imaging Spectroradiometer (MODIS) on the Aqua satellite on the afternoon of August 19, 2003. In the image, fire locations have been marked in yellow. The fires are threatening power transmission lines and many residents have been told to prepare for blackouts as other residents are being evacuated.
This image shows the region surround Flathead Lake (northwest of center) in northwest Montana. To the north of the lake are several fires burning in Glacier National Park right near the United States-Canada border, while dozens of fires to the south are filling mountain valleys in with smoke.

Idaho prior to European settlement was inhabited by Native American peoples, some of whom still live in the area. In the early 19th century, Idaho was considered part of the Oregon Country, an area disputed between the U.S. and the United Kingdom. It officially became U.S. territory with the signing of the Oregon Treaty of 1846, but a separate Idaho Territory was not organized until 1863, instead being included for periods in Oregon Territory and Washington Territory. Idaho was eventually admitted to the Union on July 3, 1890, becoming the 43rd state.