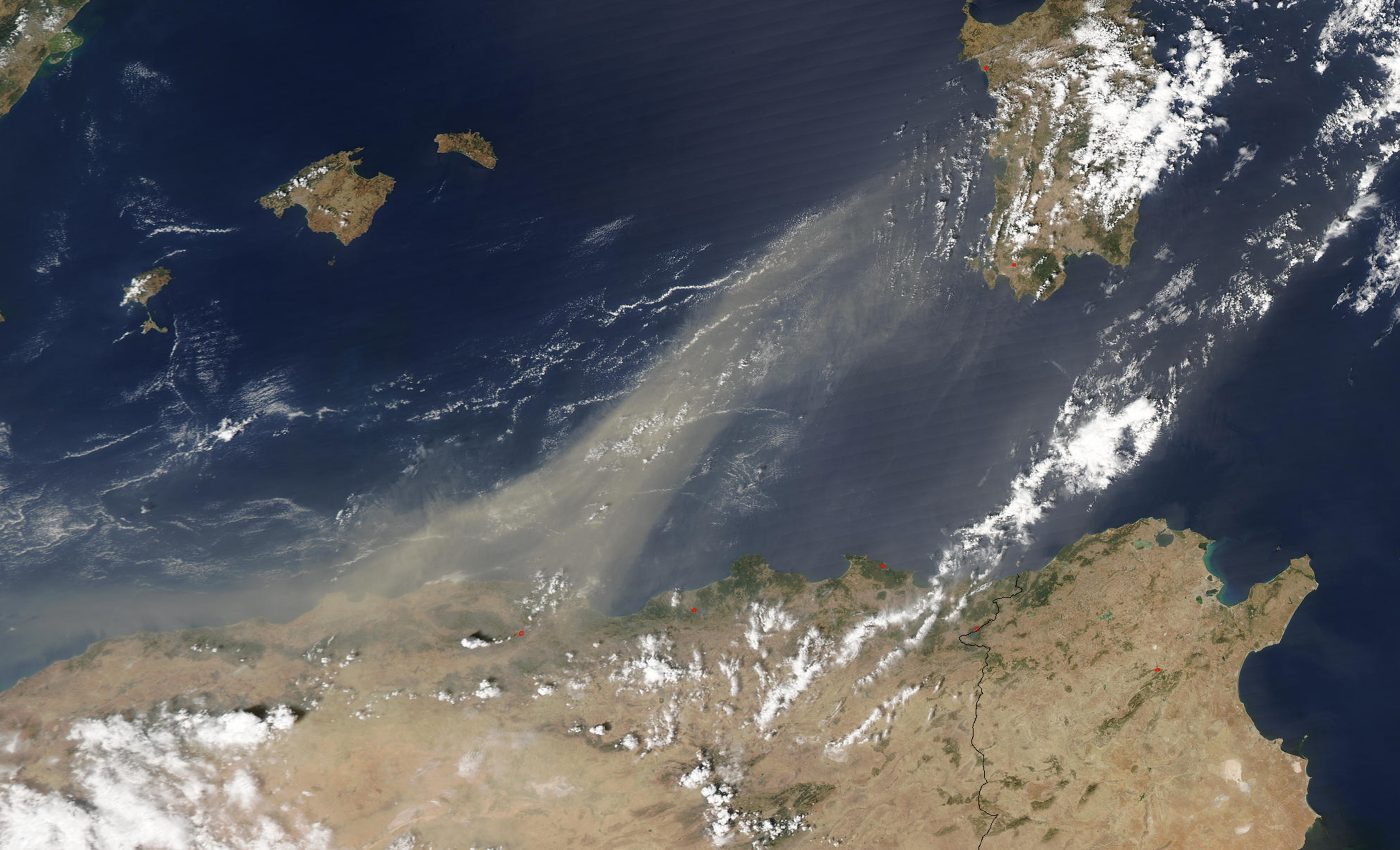 A dust storm was blowing over the Mediterranean Sea from Algeria (left) on August 19, 2003. This image of the storm was captured by the Moderate Resolution Imaging Spectroradiometer (MODIS) on the Aqua satellite. A few fires have been detected by MODIS and are marked with red dots across Algeria, Tunisia (to the east) and the island of Sardinia (to the northeast).
The high-resolution image provided above is 500 meters per pixel. The MODIS Rapid Response System provides this image at MODIS’ maximum spatial resolution of 250 meters.

According to news reports, the dust was carried by winds known as the scirocco. (In North Africa, these same desert winds are known as “chrom” (hot) or “arifi” (thirsty). The warm, dry air mass begins over the Sahara, picks up moisture over the Mediterranean, and moves north toward areas of lower pressure along the coasts of Europe.
The dust can be seen making its way toward Italy, and then continues to countries to the north (beyond this image). According to local news reports, the winds brought above average temperatures to Italy, while the sand increased the chance of rain. The fine sand particles can act as a “seed” on which water droplets can form fog or fall as rain. In Italy’s coastal areas, cars were covered with a layer of dust.