Fires and Smoke in Malaysia and Borneo • Earth.com

Fires and Smoke in Malaysia and Borneo 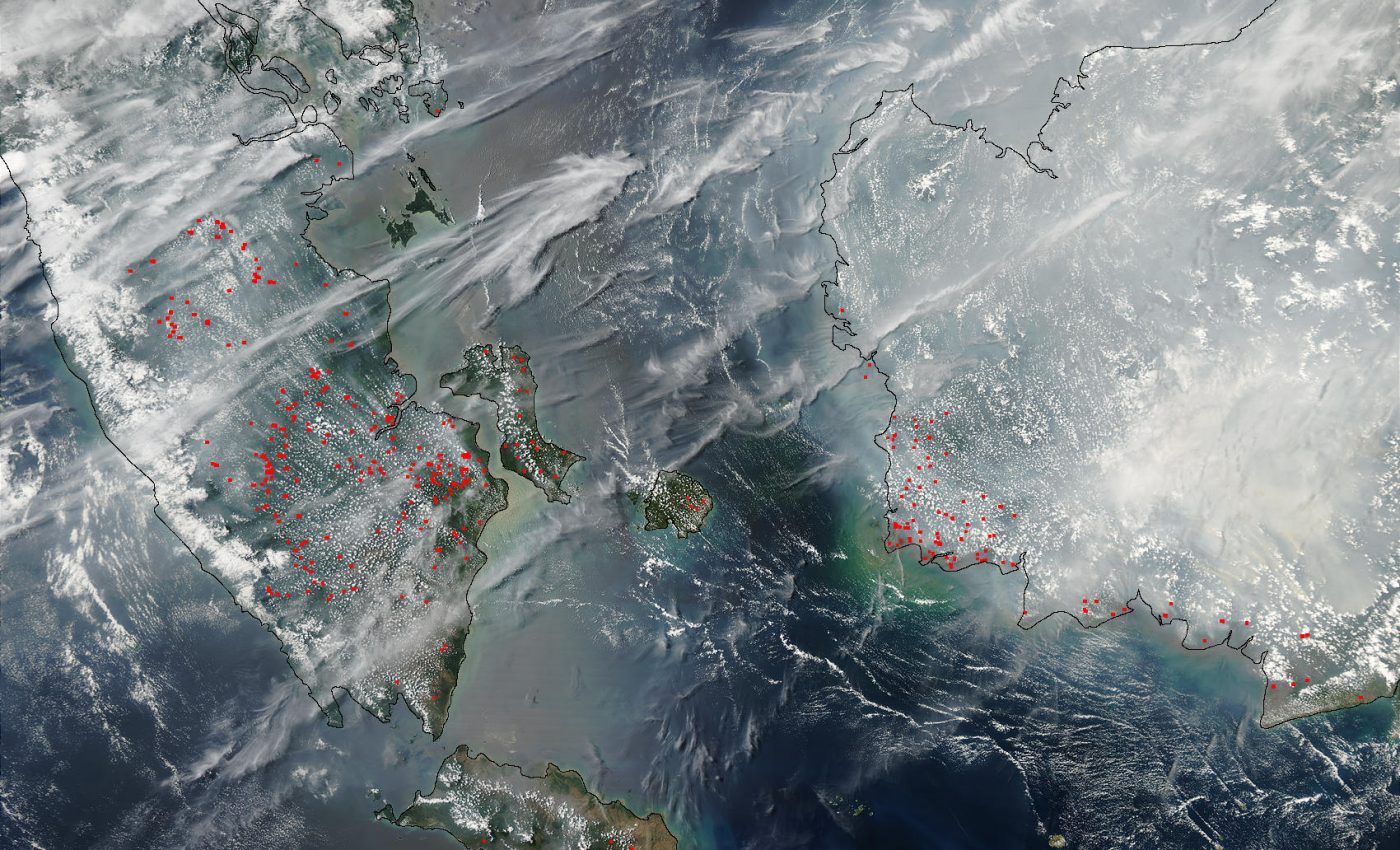 This true-color Moderate Resolution Imaging Spectroradiometer (MODIS) image from September 18, 2002. Also shows scores of fires in Indonesia veiling the region with thick smoke. Therefore at left is the island of Sumatra, at bottom is Java, and at right is Borneo. Although the northern half of which is part of Malaysia.  These Fires and Smoke in Malaysia and Borneoare shown with red dots.

Malaysia has its origins in the Malay kingdoms which, from the 18th century, became subject to the British Empire, along with the British Straits Settlements protectorate. Peninsular Malaysia was unified as the Malayan Union in 1946. Although Malaya was restructured as the Federation of Malaya in 1948, and achieved independence on 31 August 1957.

Malaya united with North Borneo, Sarawak, and Singapore on 16 September 1963 to become Malaysia. In 1965, Singapore was expelled from the federation. This satellite image shows you the heavy amount of fire and smog and red dots that also entail the fires are still rapid amongst the city and country. Therefore you will see these images taken from the sky that shows the heat and smoke from the imaging camera from a good distance.