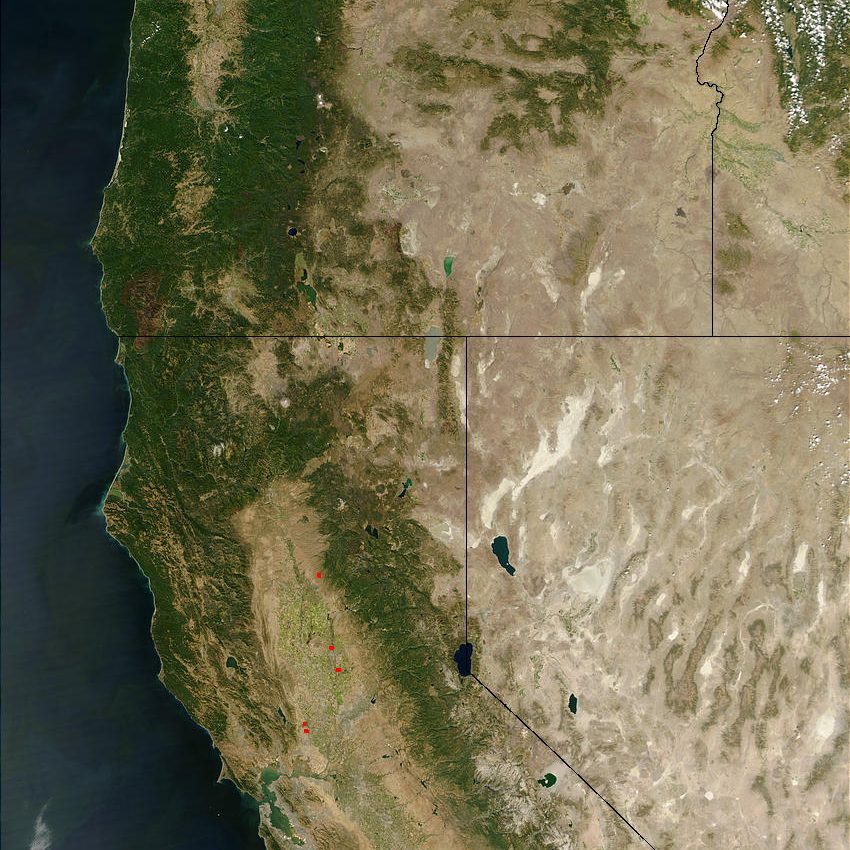 On September 18, 2002, Oregon and California the Moderate Resolution Imaging Spectroradiometer. (MODIS) on the Aqua satellite captured this rare cloud-free view of the U.S. West Coast states of California (bottom) and Oregon (top). Therefore Visible amid the mountains near the border of the two states is a large brown burn scar—the remains of the Biscuit Fire, which affected almost half a million acres.

As part of the U.S. government’s desire to foster settlement and economic development in the western states, in July 1866. Also Congress passed the Oregon and California Railroad Act, which made 3,700,000 acres. And of land available for a company that built a railroad from Portland, Oregon to San Francisco, distributed by the state of Oregon in 12,800-acre (5,200 ha) land grants for each mile of track completed.

Two companies, both of which named themselves the Oregon Central Railroad, began a competition to build the railroad, one on the west side of the Willamette River and one on the east side. Therefore the two lines Oregon and California Railroad was formed from the Oregon Central Railroad. And when it was the first to operate a 20-mile (32 km) stretch south of Portland in 1869.