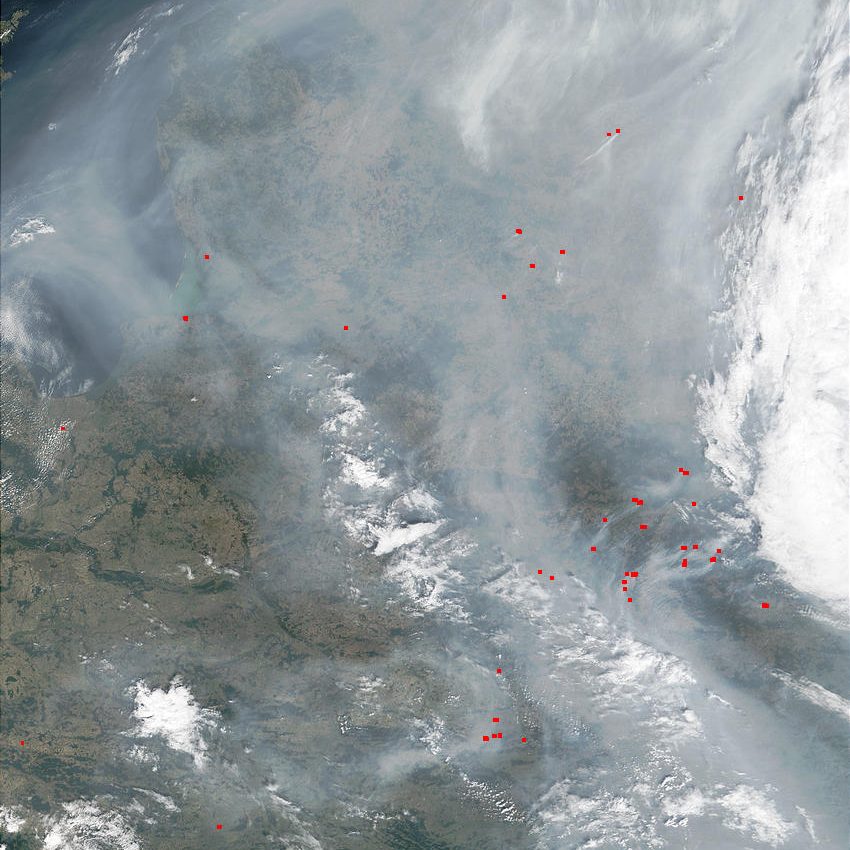 Fires and Smoke in North Central Europe. These images of northern Eastern Europe and western Russia show scores of fires filling the air with smoke in mid-September 2002. Therefore At upper left is the Baltic Sea, which is almost completely hidden by smoke on September 9.

A few days later, the skies had cleared, but the fires (indicated with red dots) were still burning. These images were captured by the Moderate Resolution Imaging Spectroradiometer (MODIS) on the Aqua and Terra satellites. The satellite images do capture the wide spread of fires and smoke that has taken over most areas. Therefore the fires caused much damage and has hidden half the country.

Fires and Smoke in North Central Europe or usage recommendation by the Standing Committee on Geographical Names, Germany. Central Europe is the region comprising the central part of Europe. Central Europe occupies continuous territories that are otherwise sometimes considered parts of Western Europe.

Therefore the concept of Central Europe is based on a common historical, social, and cultural identity.  While the region’s economies shows considerable disparities of income. And all the Central European countries are listed by the Human Development Index as very highly developed.