Fires and Smoke in Northern Canada 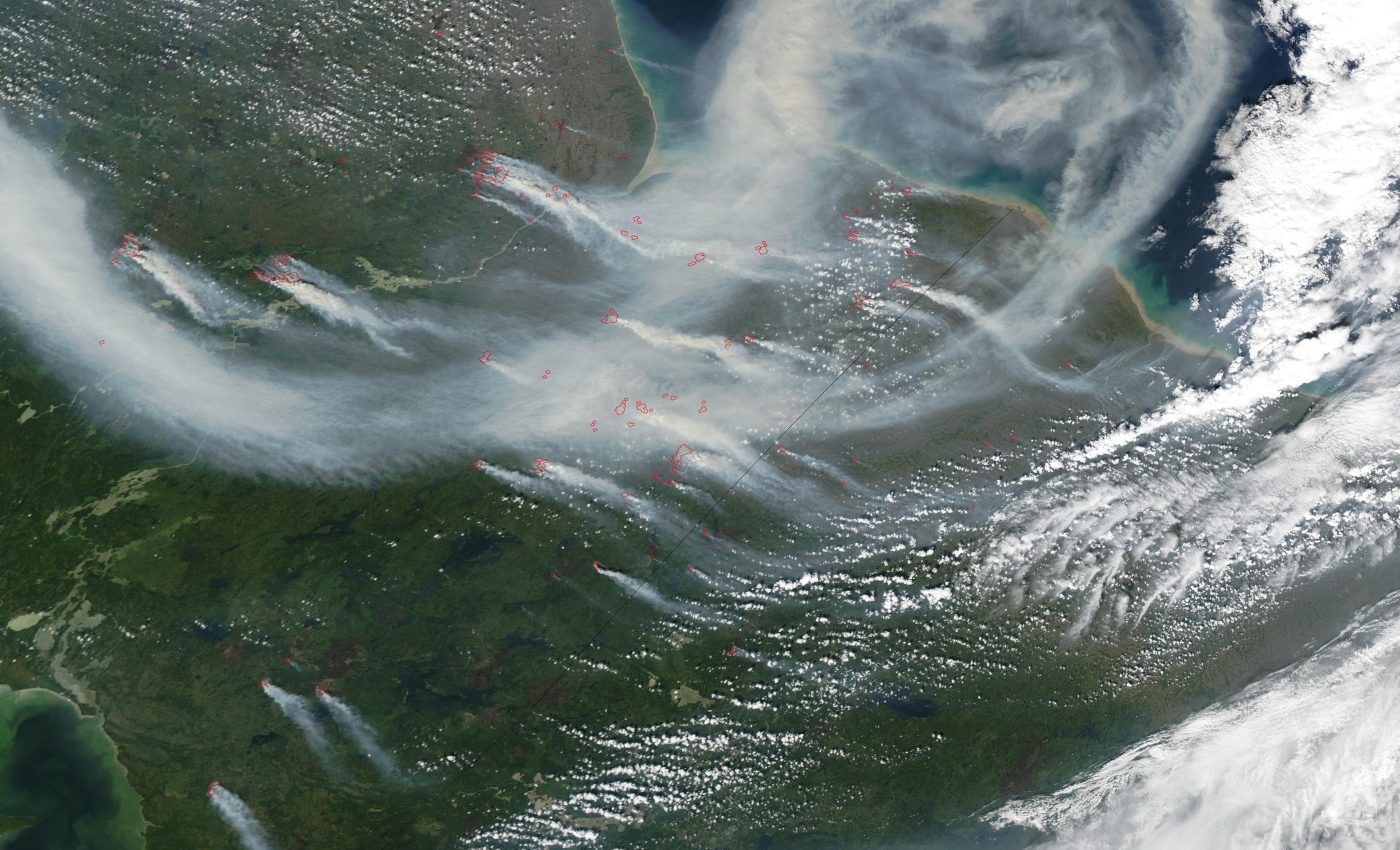 Fires and Smoke in Northern Canada. Dozens of fires were burning in Manitoba and Ontario, Canada, on August 18, 2003. This image from the Moderate Resolution Imaging Spectroradiometer (MODIS) on the Aqua satellite shows the active fire detections marked in yellow. A cloud of smoke is billowing northeastward over the Hudson Bay, while a river of smoke flowing in from the western part of the image hints at more fires burning farther away.

Northern Canada, colloquially the North, is the vast northernmost region of Canada variously defined by geography and politics. Politically, the term refers to three territories of Canada. Yukon, Northwest Territories, and Nunavut. Similarly, the Far North (when contrasted to the North) may refer to the Canadian Arctic. Also the portion of Canada that lies north of the Arctic Circle, east of Alaska and west of Greenland. This area covers about 39% of Canada’s total land area, but has less than 1% of Canada’s population.
These reckonings somewhat depend on the arbitrary concept of nordicity, a measure of so-called “northernness” that other Arctic territories share. Canada is the northernmost country in the Americas (excluding the neighbouring Danish Arctic territory of Greenland which extends slightly further north) and roughly 80% of its 35 million residents are concentrated along its southern border with the United States.