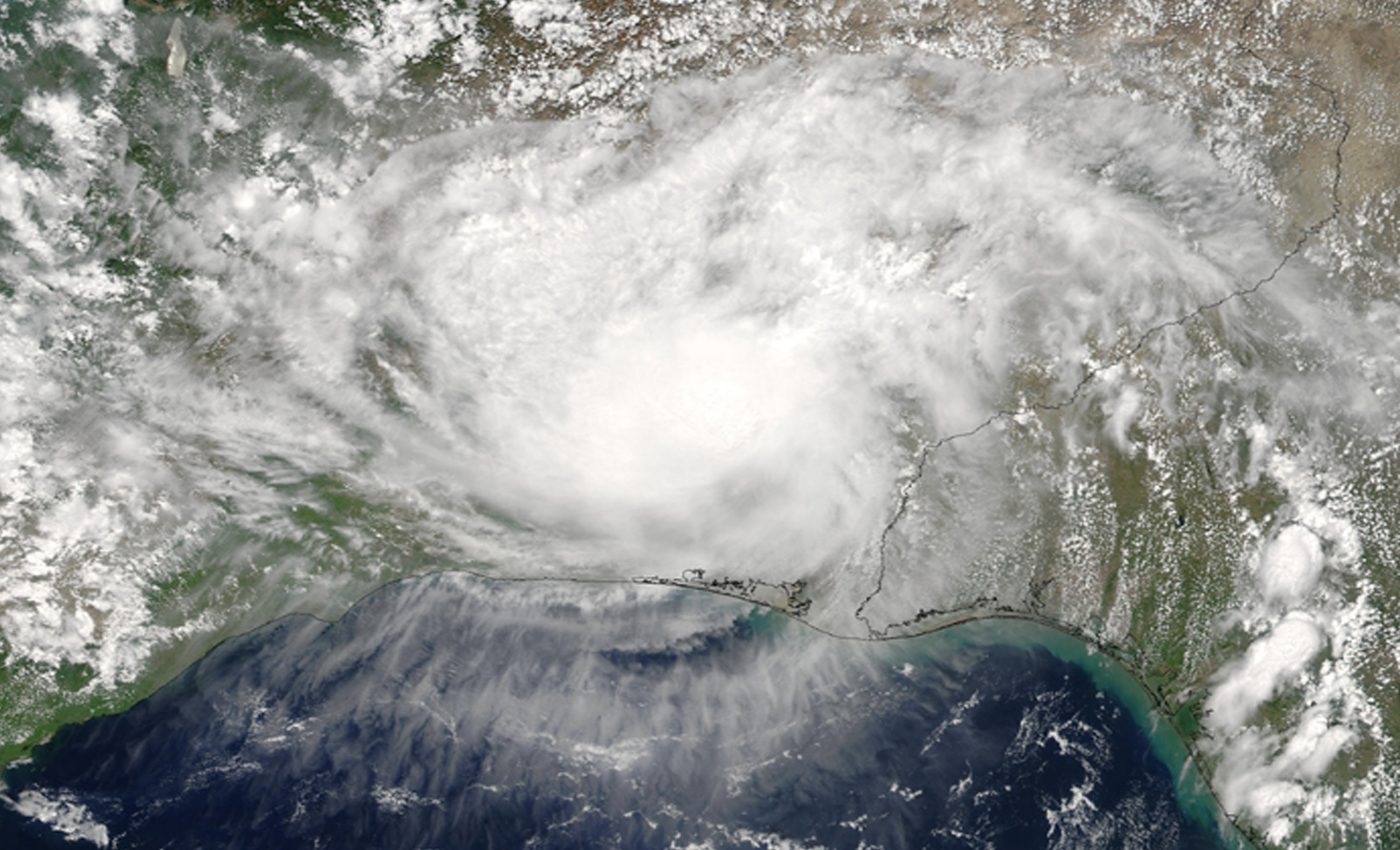 The MODIS instrument onboard NASA’s Aqua spacecraft captured this birds-eye view of Tropical Storm Erika as the storm struck northern Mexico with gusty winds and heavy rains.
Erika was moving towards the west at 18 mph with sustained winds of 70 mph. At the time this image was taken, rainfall amounts of up to six inches were being reported across northern Mexico and southern Texas.

Tropical Storm Erika was, at the time, the deadliest and most destructive natural disaster in Dominica since Hurricane David in 1979. The fifth named storm of the season, Erika developed from a westward-moving tropical wave while well east of the Lesser Antilles. Hostile conditions, including dry air and wind shear, inhibited significant development, and Erika failed to acquire sustained winds beyond 50 mph (85 km/h). Contrary to predictions of a northwesterly recurvature, the cyclone persisted on a westerly course and passed through the Leeward Islands and emerged over the Caribbean Sea on August 27. Erika succumbed to adverse conditions the following day, dissipating as a tropical cyclone near the Dominican Republic. The remnant system persisted for several more days, ultimately moving across the Gulf of Mexico, before dissipating over Georgia on September 3.