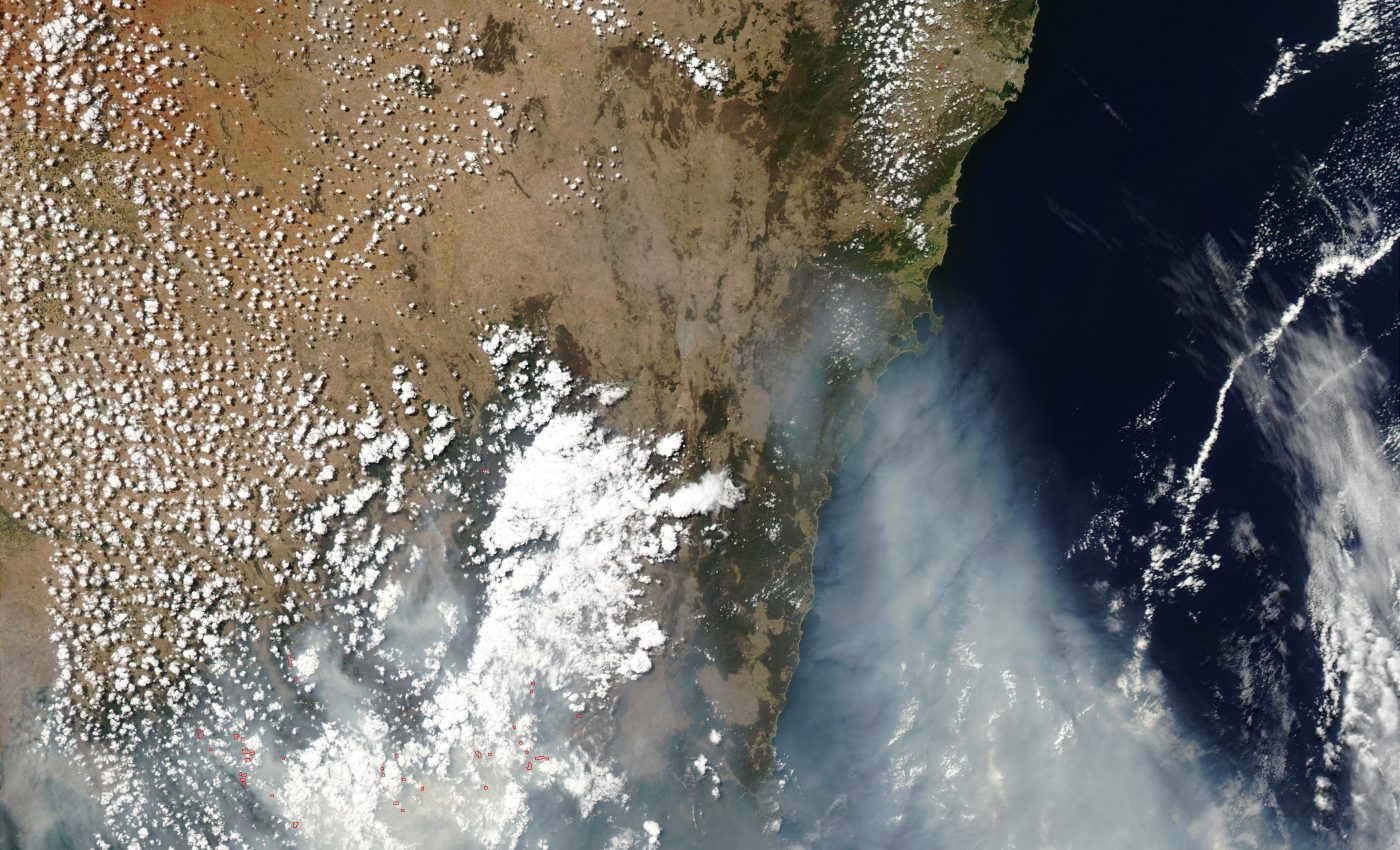 Fires and Smoke in Southeast Australia. Cloudy skies hint at improving conditions for firefighters battling out-of-control blazes in southeast Australia. This true-color Moderate Resolution Imaging Spectroradiometer (MODIS) image from the Aqua satellite on Feb. 6, 2003. Therefore shows active fires (red dots) still choking the air with smoke. Millions of acres have been scorched by these fires, which have been burning for about a month.

South Australia shares borders with all of the other mainland states, and with the Northern Territory. Therefore it is bordered to the west by Western Australia. Also to the north by the Northern Territory, to the north-east by Queensland, to the east by New South Wales. Therefore to the south-east by Victoria, and to the south by the Great Australian Bight.

The state comprises less than 8 percent of the Australian population and ranks fifth in population among the six states and two territories. The majority of its people reside in greater Metropolitan Adelaide. Most of the remainder are settled in fertile areas along the south-eastern coast and River Murray. The state’s colonial origins are unique in Australia as a freely settled, planned British province, rather than as a convict settlement. Colonial government commenced on 28 December 1836, when the members of the council were sworn in near the Old Gum Tree. Fires and Smoke in Southeast Australia is a common thing to happen in this area during the storm season. Although this area may have heavy storms and humid weather its a very nice destination area that remains popular for others to visit and to vacation. Therefore the storms do happen  a lot.