Fires And Smoke In Southern Borneo 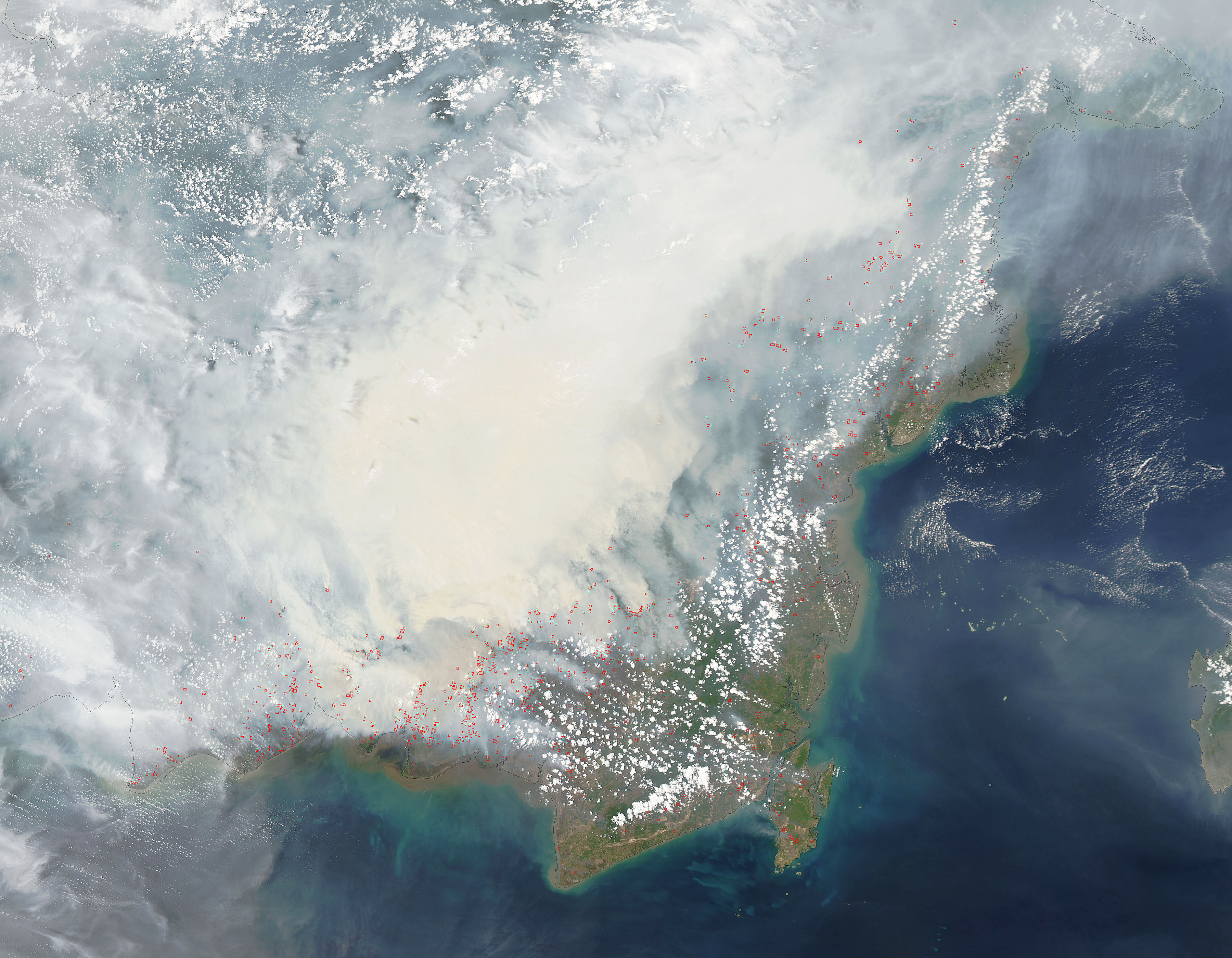 Fires are a common occurrence in southern Borneo in September and October because farmers engage in “slash and burn agriculture,” a technique that involves frequent burning of rainforest to clear the way for crops or grazing animals. In southern Borneo, the intent is often to make room for new planting of oil palm and acacia pulp. Many fires are burning in areas with soils underlain with peat – a soil-like mixture of partly decayed plant material formed in wetlands. Peat fires tend to be difficult to extinguish, often smoldering under the surface for months.

MODIS sensors on the Terra and Aqua satellites have detected fires burning in southern Sumatra since early September. Scientists monitoring the fires expect the fires to continue burning until the monsoon rains arrive at the end of October. However, they caution that the dry season could be unusually long in Indonesia this year because of the strong El Niño in the Pacific Ocean.