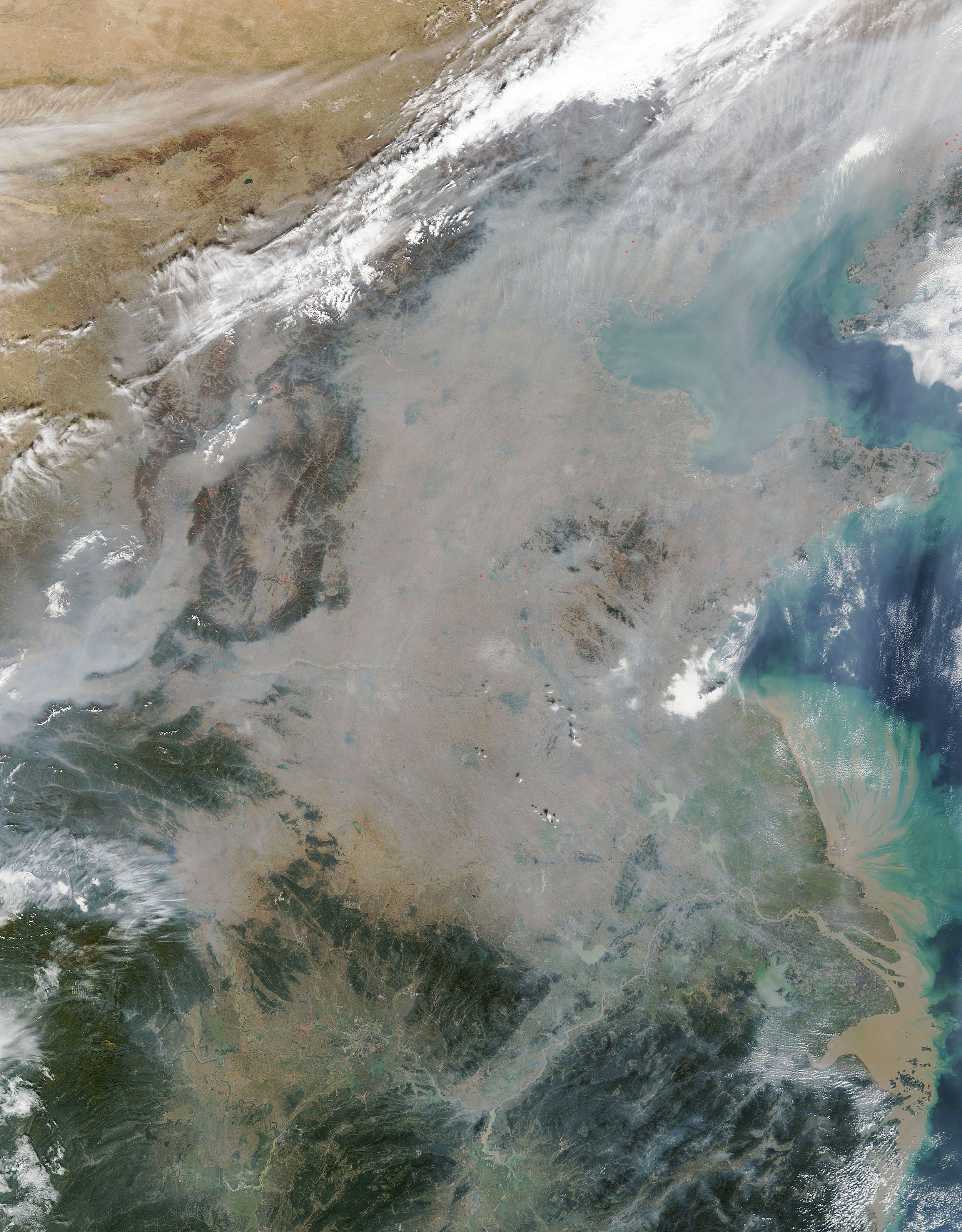 On October 17, 2015, Haze Hanging Over Eastern China the Moderate Resolution Imaging Spectroradiometer (MODIS) aboard NASA’s Terra satellite captured this true-color image of a thick haze hanging over eastern China. In the north, the large city of Beijing is completely obscured from view, as is much of the landscape. The haze thins slightly over the Bohai Sea. Further south, sediment pours into the East China Sea near the city of Shanghai.

Heavy haze is common in this region, and tends to worsen in October through January, when cold, heavy air traps pollutants near the surface of the Earth. It is likely that this scene was caused by such a temperature inversion.

Normally, air is warmest near the surface of the Earth. But sometimes a mass of warm air will move the cooler air, so the atmosphere actually warms with the altitude. Cool air does not have energy to rise through the warm air, vertical circulation slows and air becomes trapped near the surface. Any pollution that is emitted into the cooler air will also get trapped, increasing low-level air pollution and haze.

Therefore Haze Hanging Over Eastern China has caused a lot of health problems for the country. Also causing a huge change in temperatures.