Fires And Smoke In Washington, Oregon, Idaho, And California • Earth.com

Fires And Smoke In Washington, Oregon, Idaho, And California 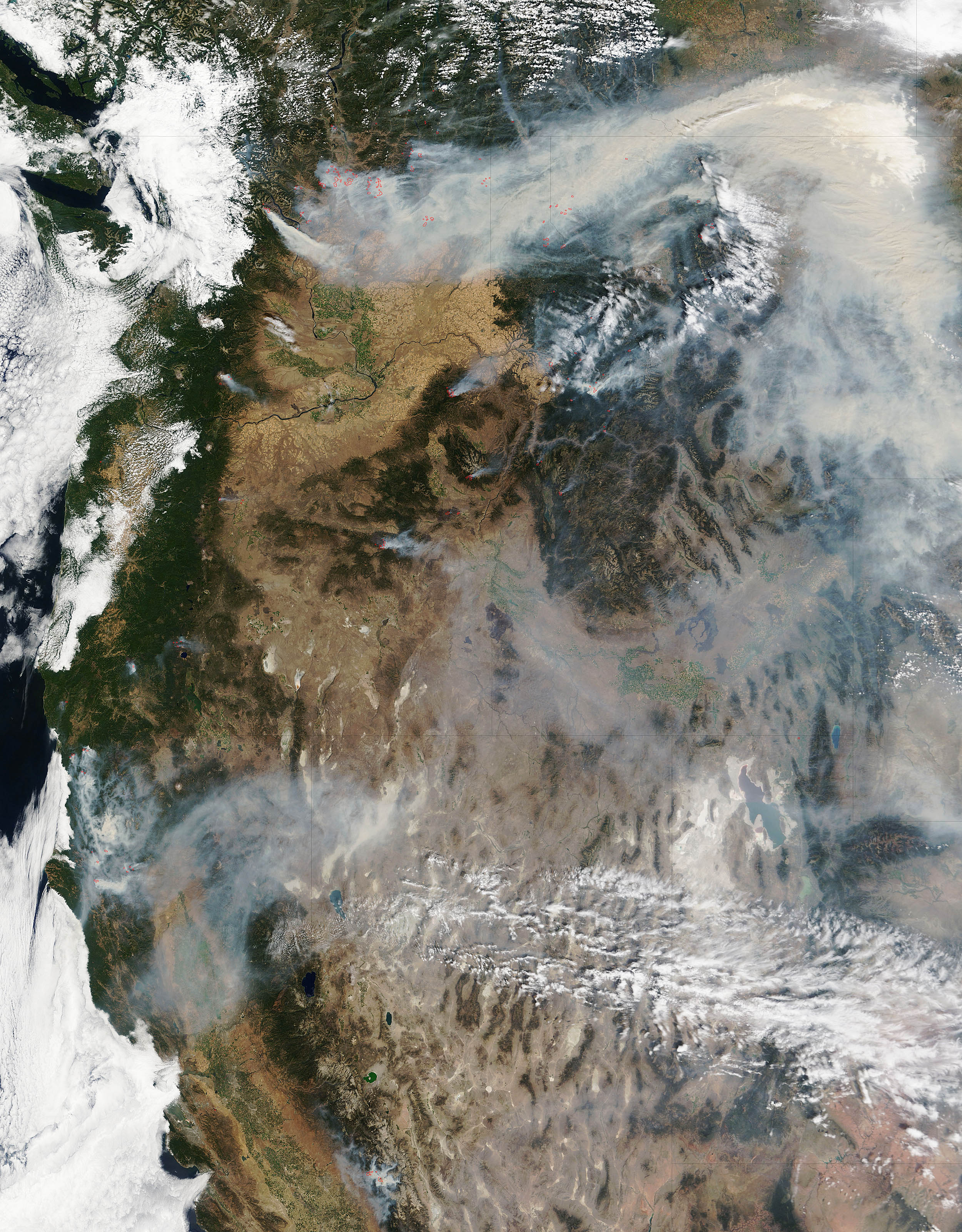 While 73 percent of the burned area is the result of massive fires in remote forests in Alaska, large blazes have emerged in the Pacific Northwest as well. The Moderate Resolution Imaging Spectroradiometer (MODIS) on NASA’s Terra satellite captured this true-color image of several fires burning in Washington, Oregon, Idaho and California on August 20. Red outlines indicate hot spots where the sensor detected unusually warm surface temperatures generally associated with fires. Thick plumes of smoke drifted from the hot spots.

One of the most destructive fires, the Kettle Complex, burning in the Colville National Forest in Washington had consumed 56,208 acres as of August 24, and was only 15% contained. It was ignited by lightning strike on August 11, and was being worked by 800 personnel. It is burning in timber, grass and brush. Full containment is not expected until October 15.

Many of the fires have been ignited by lightning strikes, but years of drought have parched forests in the West and primed them to burn. A recently published analysis of 35 years of meteorological data found that many parts of the West face longer wildfire seasons than they did a few decades ago, likely because of climate change.