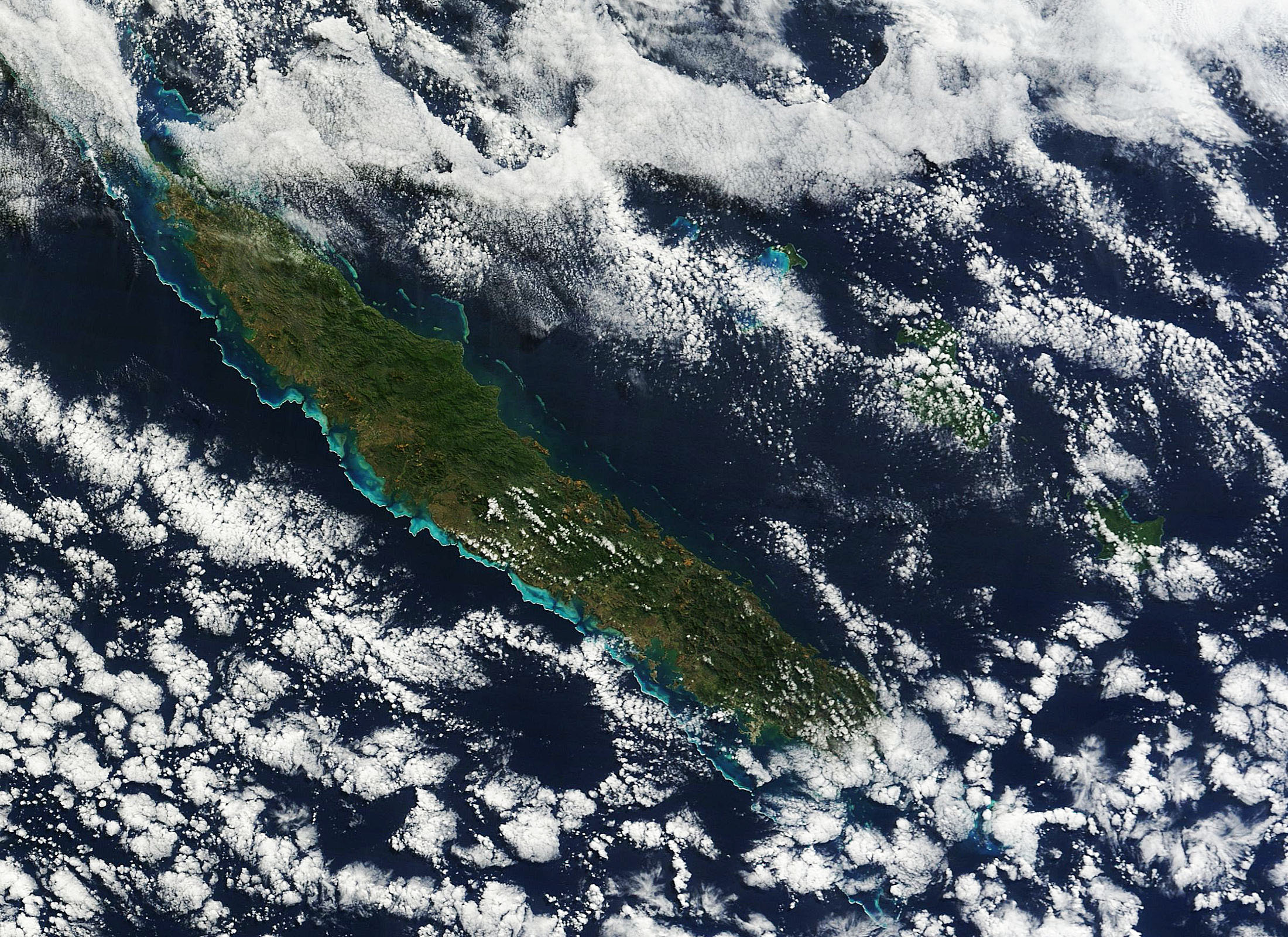 New Caledonia is an archipelago of islands in Melanesia. Located in the South Pacific Ocean, only about 750 mi (1,210 km) east of Australia, the islands were settled by both Britain and France in the early 1800’s and became a French possession in 1853. Calls for independence resulted in the 1998 Noumea Accord which was designed to slowly transfer governing responsibility from France to New Caledonia, with a possibility for independence at a referendum to occur by 2018.

The islands support the second largest barrier reef in the world (over 1,300 km long), and together with the reefs of Fiji are the most significant coral reefs in Oceania. According to the United Nations Educational, Scientific, and Cultural Organization (UNESCO), which recognized the Lagoons of New Caledonia as a World Heritage Site in 2008, the reefs and atolls are “the location for the world’s most diverse concentration of reef structures, 146 types based on a global classification system, and they equal or even surpass the much larger Great Barrier Reef in coral and fish diversity. They provide habitat to a number of threatened fish, turtles and marine mammals, including the third largest population of dugongs in the world.”