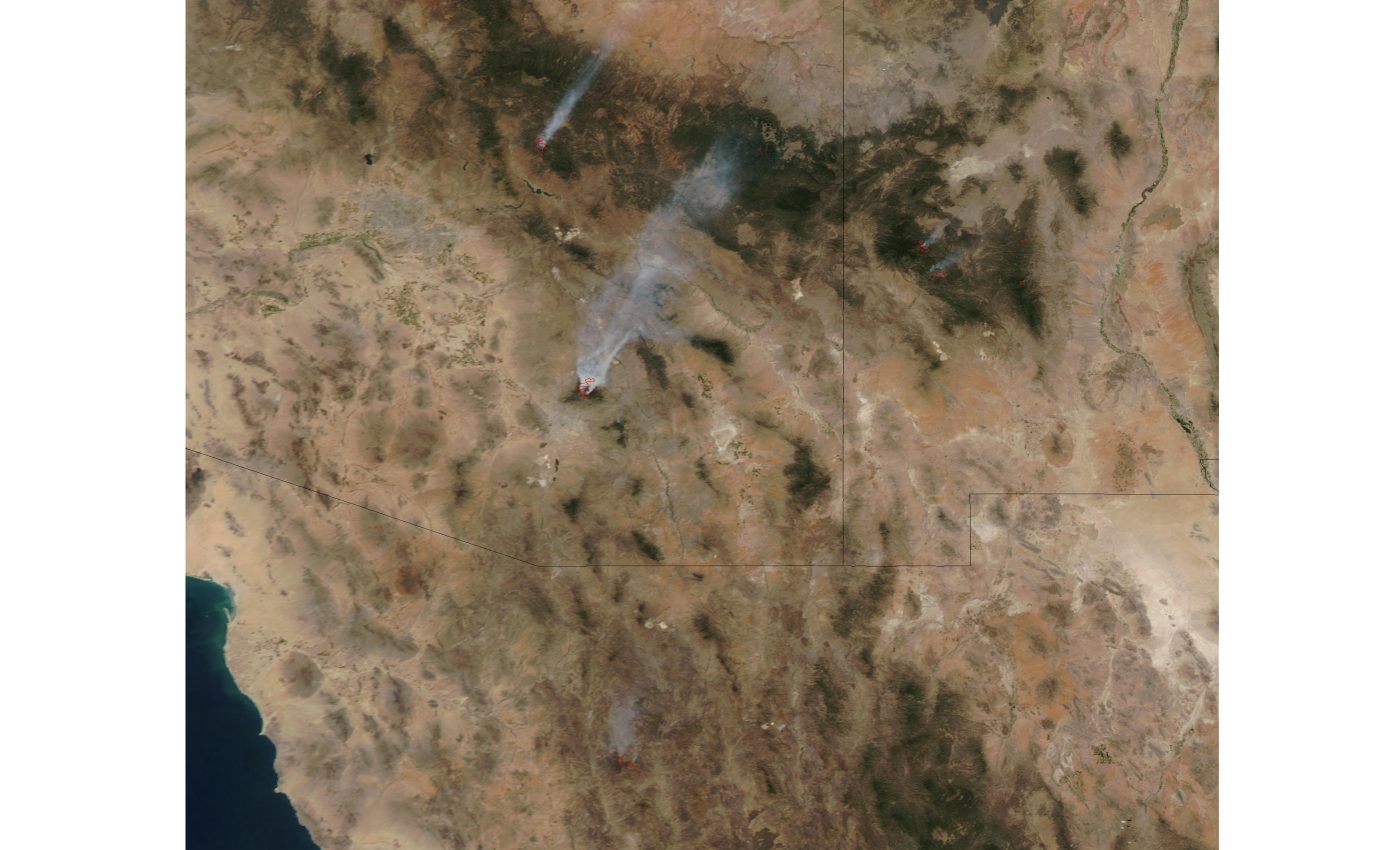 Fires in Arizona and New Mexico (Afternoon Overpass).Gusty winds, steep and rocky terrain, low humidity, and water shortages are slowing the progress of firefighters. Also as they work to contain the Aspen Fire northeast of Tucson, Arizona (red dots southwest of image center). The fire has burned hundreds of homes and other structures in communities on Mt. Lemmon. After beginning on June 17 of unknown causes, the fire had already grown to more than 11,000 acres by Monday, June 23. This image from the Moderate Resolution Imaging Spectroradiometer (MODIS) on the Aqua satellite on June 22, 2003, shows the Aspen Fire northeast of Tucson and farther north, the Picture Fire northeast of Phoenix. Fires are also burning in New Mexico (right) and Mexico (bottom). All active fire locations are marked in red.

The economy of New Mexico is dependent on oil drilling, mineral extraction, dryland farming, cattle ranching, lumber milling, and retail trade. As of 2018, its total gross domestic product (GDP) was $101 billion with a GDP per capita of $45,465. New Mexico’s status as a tax haven yields low to moderate personal income taxes on residents and military personnel, and gives tax credits and exemptions to favorable industries. Because of this, its film industry has grown and contributed $1.23 billion to its overall economy. Also Fires in Arizona and New Mexico (Afternoon Overpass) happens often during the storm season. Therefore the monsoon season too brings on fires and high wind advisory. Therefore the fires raise high in these desert areas causing storms and several fires. Also the imaging shows the smokey areas that have smog spread throughout both states.