Smoke Over the Midwestern U.S. and Canada • Earth.com

Smoke Over the Midwestern U.S. and Canada 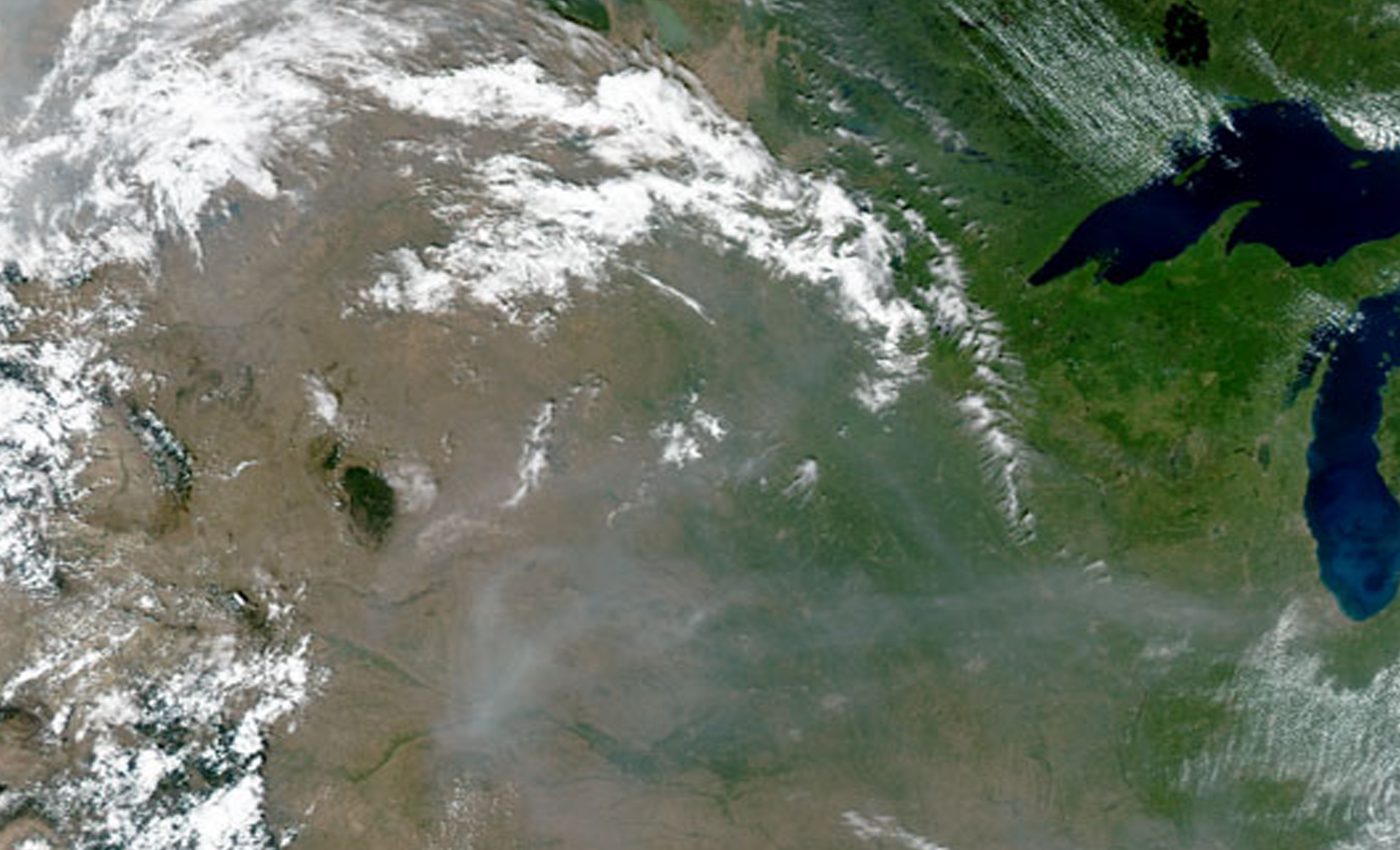 Smoke Over the Midwestern U.S. and Canada. This true-color image shows smoke spreading eastward over a large region in the midwestern United States and Canada. The smoke was generated from a number of intense wildfires burning to the west in both countries. This scene was acquired by the Moderate Resolution Imaging Spectroradiometer (MODIS), aboard NASA’s Aqua satellite, on Aug. 22, 2003.

As a whole, Canada is sparsely populated, the majority of its land area being dominated by forest and tundra. Its population is highly urbanized, with over 80 percent of its inhabitants concentrated in large and medium-sized cities, and 70 per cent residing within 100 kilometres (62 mi) of the southern border. Canada’s climate varies widely across its vast area, ranging from arctic weather in the north, to hot summers in the southern regions, with four distinct seasons.