Fires in Portugal and Spain 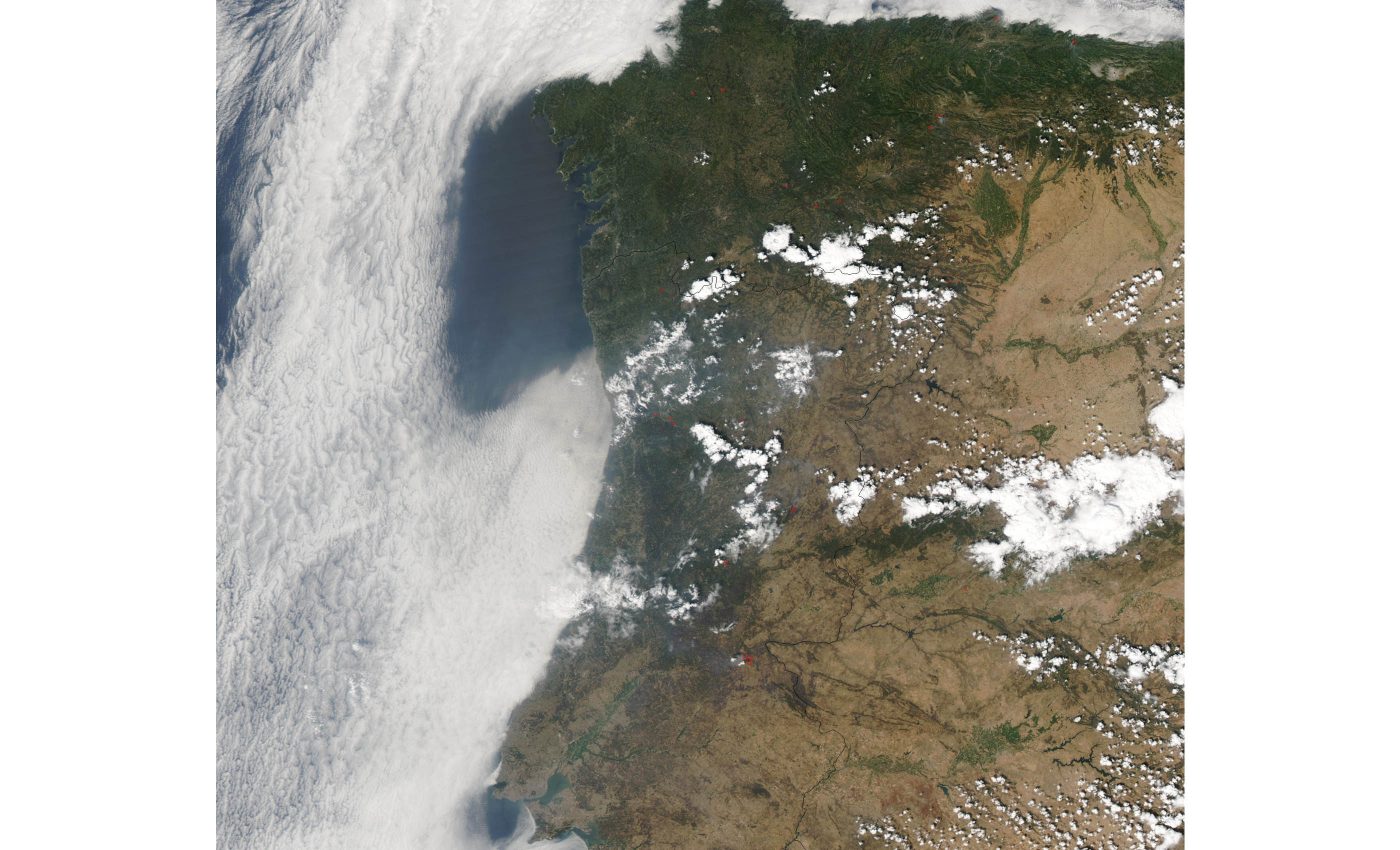 Hot and dry conditions over the Iberian Peninsula produced dozens of forest fires in Portugal (left of center) and southern Spain (right) in August 2003. Hundreds of firefighters worked for several weeks to control large forest fires in central and southern Portugal. Media reports indicate that about 70,000 residents in nearby communities were without power or phone during the fires, and 15 people lsot their lives. These images of the fires (marked in red), were captured by the Moderate Resolution Imaging Spectroradiometer (MODIS) on the Terra and Aqua satellites in July and August 2003.

Portugal is the oldest nation state on the Iberian Peninsula and one of the oldest in Europe and the world, its territory having been continuously settled, invaded and fought over since prehistoric times. The pre-Celtic people, Iberians, Celts, Carthaginians and Romans were followed by the invasions of the Visigoths and Suebi Germanic peoples. After the Muslim conquests of the Iberian Peninsula, most of the territory was part of Al-Andalus for several centuries. Portugal as a country was established during the early Christian Reconquista. Founded in 868, the County of Portugal gained prominence after the Battle of São Mamede in 1128. The Kingdom of Portugal was later proclaimed following the Battle of Ourique in 1139, and independence from León was recognised by the Treaty of Zamora in 1143.