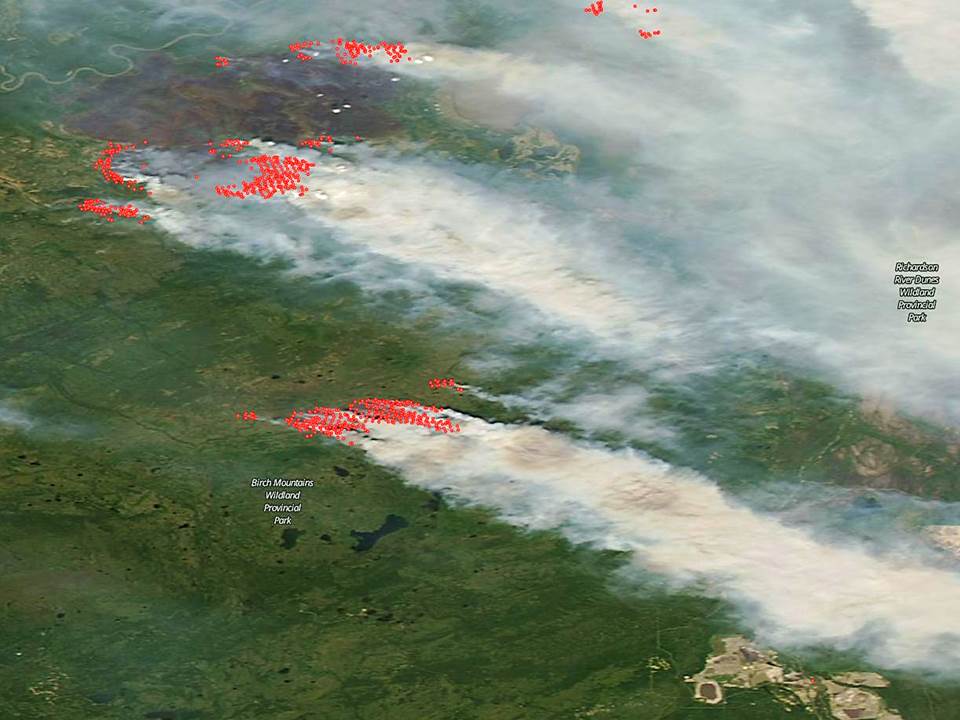 A large fire in northern Saskatchewan was billowing out a cloud of thick, brownish-gray smoke on July 13, 2010, when the Moderate Resolution Imaging Spectroradiometer (MODIS) on NASA’s Aqua satellite captured this photo-like image. The eastern edge of Lake Athabasca is shrouded by smoke at image upper left. Places where MODIS detected actively burning fire are outlined in red, and the burned landscape is dark brown.

Despite its size, the fire was not identified as a “high-priority” incident in the July 13 fire situation report from the Canadian Interagency Forest Fire Centre (CIFFC), probably because it is in such a remote, sparsely populated location. Although the fire itself may not be posing an immediate threat to human health or property, the thick smoke being generated has the potential to affect air quality downwind in Canadian and U.S. cities. (The large image shows an expansive smoke cloud stretching across the Northwest Territories.)

According to CIFFC, the number of fires to date this summer in Saskatchewan is less than the number at the same time last year (351 this year compared to 453 last year), but they have burned a larger area (861,395 hectares this year compared to 37,343 hectares last year.) The burned area to date is more than double the 5-year average for this time of year, and more than three and a half times the 25-year average.