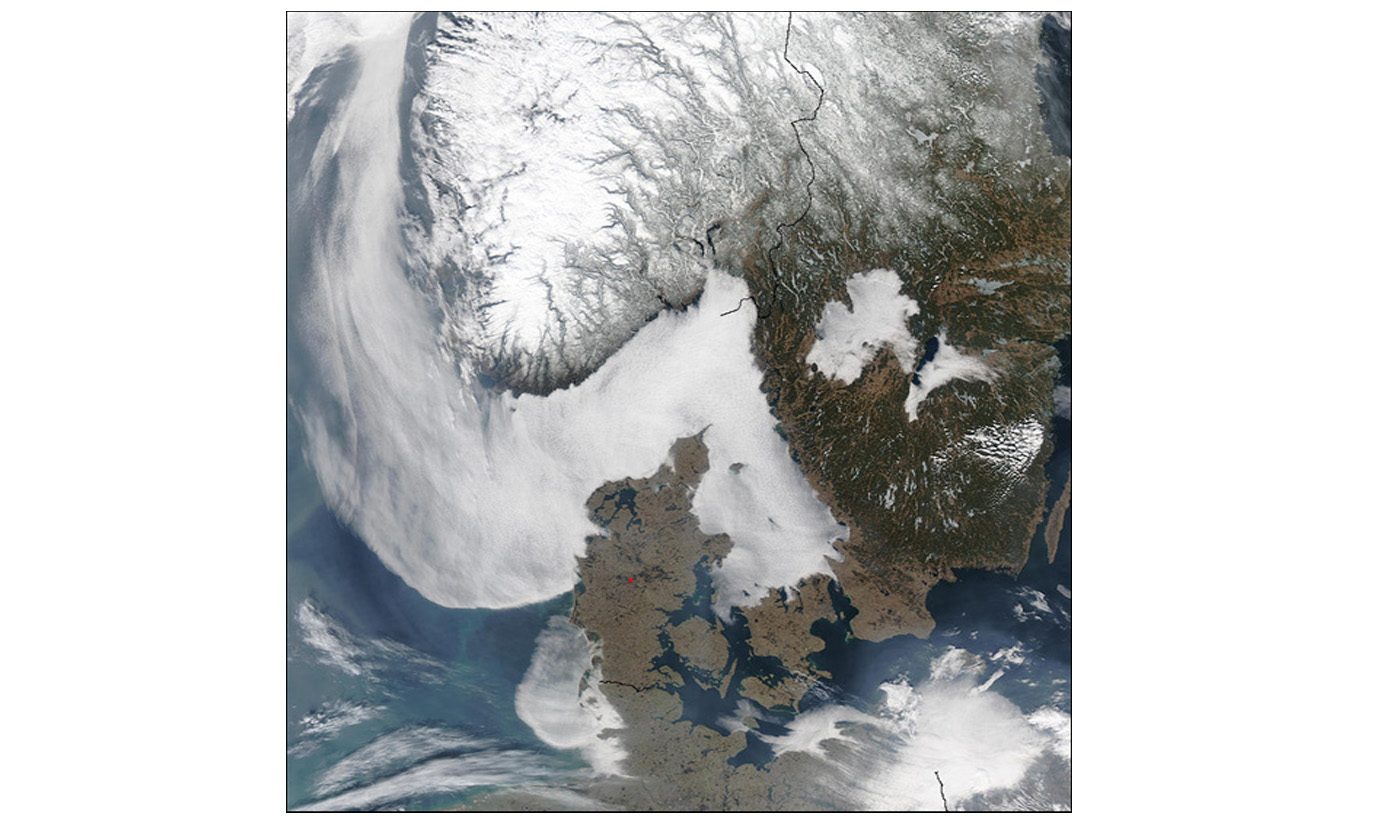 The Moderate Resolution Imaging Spectroradiometer (MODIS). Also aboard NASA’s Aqua satellite, captured Sea Fog Around Scandinavia this true-color image of widespread. Therefore the low-level fog hugging the shoreline around Scandinavia on the morning of March 25, 2003.
The high-resolution image provided above is 500 meters per pixel. The MODIS Rapid Response System provides this image at MODIS? maximum spatial resolution of 250 meters.

Scandinavia is a region in Northern Europe, with strong historical, cultural, and linguistic ties. The term Scandinavia in local usage covers the three kingdoms of Denmark, Norway, and Sweden. The majority national languages of these three, belong to the Scandinavian dialect continuum, and are mutually intelligible North Germanic languages. In English usage, Scandinavia also sometimes refers to the Scandinavian Peninsula, or to the broader region including Finland and Iceland, which is always known locally as the Nordic countries.
Sea Fog Around Scandinavia is very common and happens often. Covering visibility While part of the Nordic countries, the remote Norwegian islands of Svalbard and Jan Mayen are not in Scandinavia. Also  nor is Greenland, a constituent country within the Kingdom of Denmark. The Faroe Islands are sometimes included