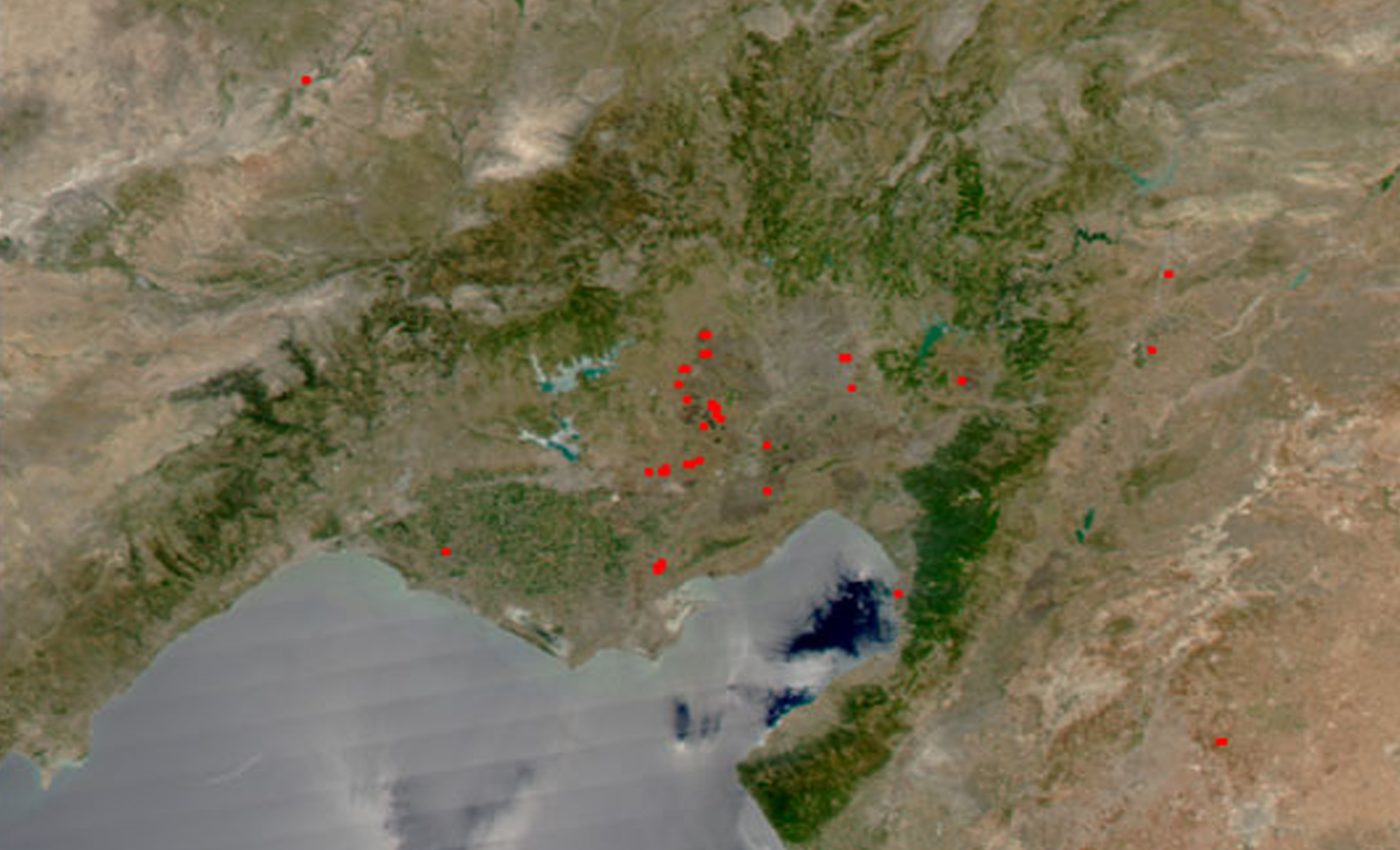 In the Adana region of Turkey, many fires continue to burn. The fires were detected by the Moderate Resolution Imaging Spectroradiometer (MODIS) on the Aqua satellite on June 25, 2003, and are marked with red dots in this image. In the high-resolution image, dark brown burn scars are visible around the fires.Adana (pronounced  Armenian: Ադանա; Ancient Greek: Άδανα, Arabic: أضنة‎) is a major city in southern Turkey. The city is situated on the Seyhan river, 35 km (22 mi) inland from the Mediterranean, in south-central Anatolia.

It is the administrative seat of the Adana Province and has a population of 1.75 million, making it the 5th most populated city in Turkey. The Adana-Mersin polycentric metropolitan area, with a population of 3 million, stretches over 70 km (43 mi) east-west and 25 km (16 mi) north-south; encompassing the cities of Mersin, Tarsus and Adana.

Adana lies in the heart of Cilicia, a geo-cultural region locally known as Çukurova. Home to six million people,Cilicia is one of the largest population concentrations in Turkey, as well as the most agriculturally productive area, owing to its large stretch of flat, fertile land. The region includes the provinces of Mersin, Adana, Osmaniye and Hatay.