Internal Waves in the Sulu Sea 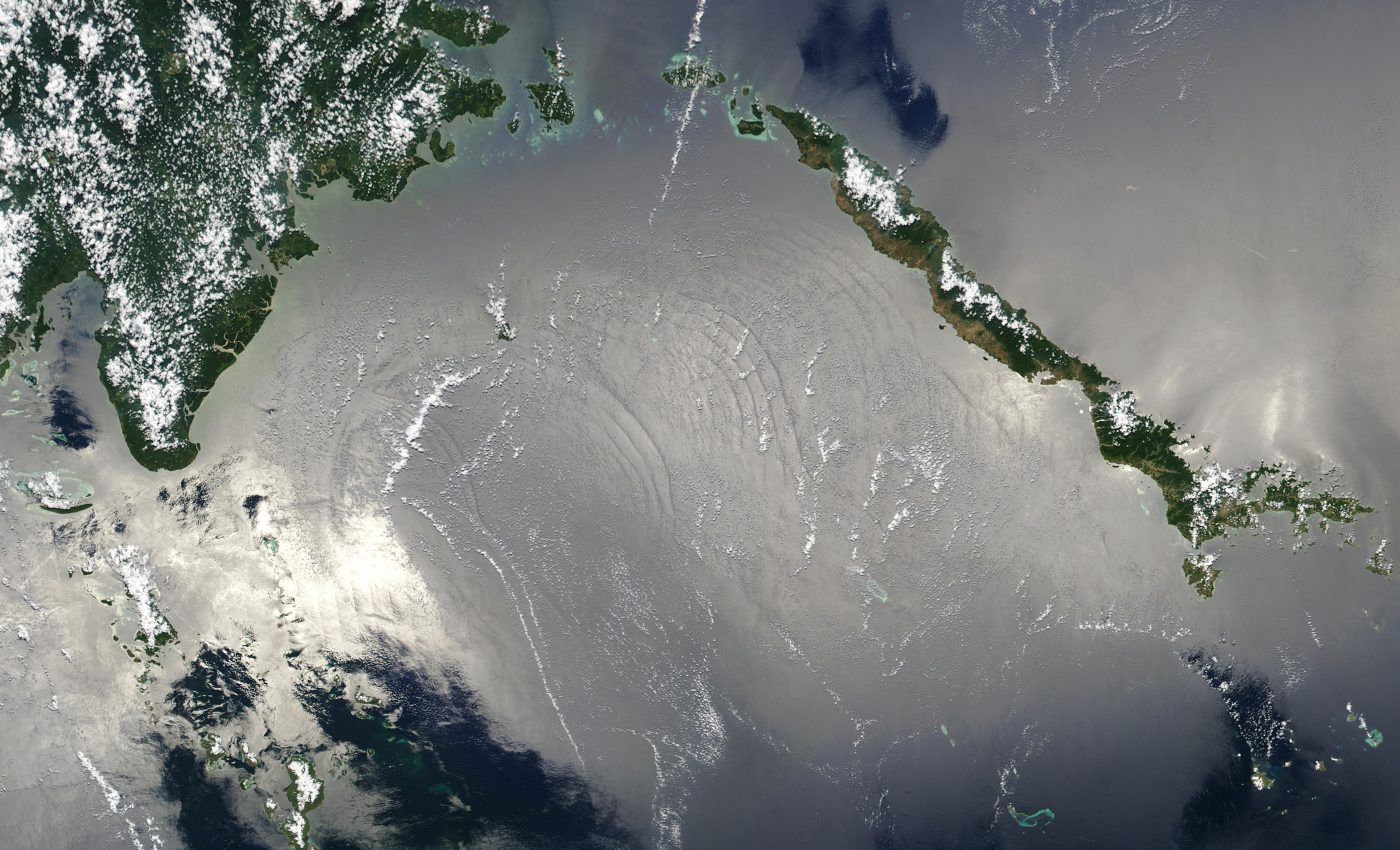 In the Sulu Sea between the Philippines and Malaysia, sunglint highlights delicate curving lines of internal waves moving to the northeast toward Palawan Island. The sunglint stretches diagonally across the image, turning the more turbulent South China Sea a diffuse gray and the calmer waters within the Sulu Archipelago a more vivid silver. In some spots, the sunglint doesn’t show up at all, and allows the natural vibrant blues and greens of the water to peek through.

The Sulu Sea, like all major bodies of water, is composed of layers of water with differing densities. The topmost layer is the least dense. Also with each successively deeper layer being denser. Internal waves move along underwater at the bondary between layers of different densities.

Internal waves are usually caused by the lower layer being forced against a shallow obstacle, like a ridge, by tidal action. The ridge causes a disturbance, which creates a wave in the water layer, similar to the way that the wind can cause waves on the water’s surface. Unlike normal surface waves, however, internal waves can stretch tens of kilometers in length and move throughout the ocean for days.

Internal waves alter sea surface currents, changing the overall “sea surface roughness.” Where these currents converge, the sea surface is more turbulent, and therefore brighter. Where the currents diverge, the surface is smoother and darker, creating zones called “slicks.” In this true-color Aqua Moderate Resolution Imaging Spectroradiometer (MODIS) image acquired on April 8, 2003, the slicks created by internal waves appear as dark bands in the center of the image.

To learn more about internal waves, and ways to observe them from space, visit Oceanography from the Space Shuttle: Waves