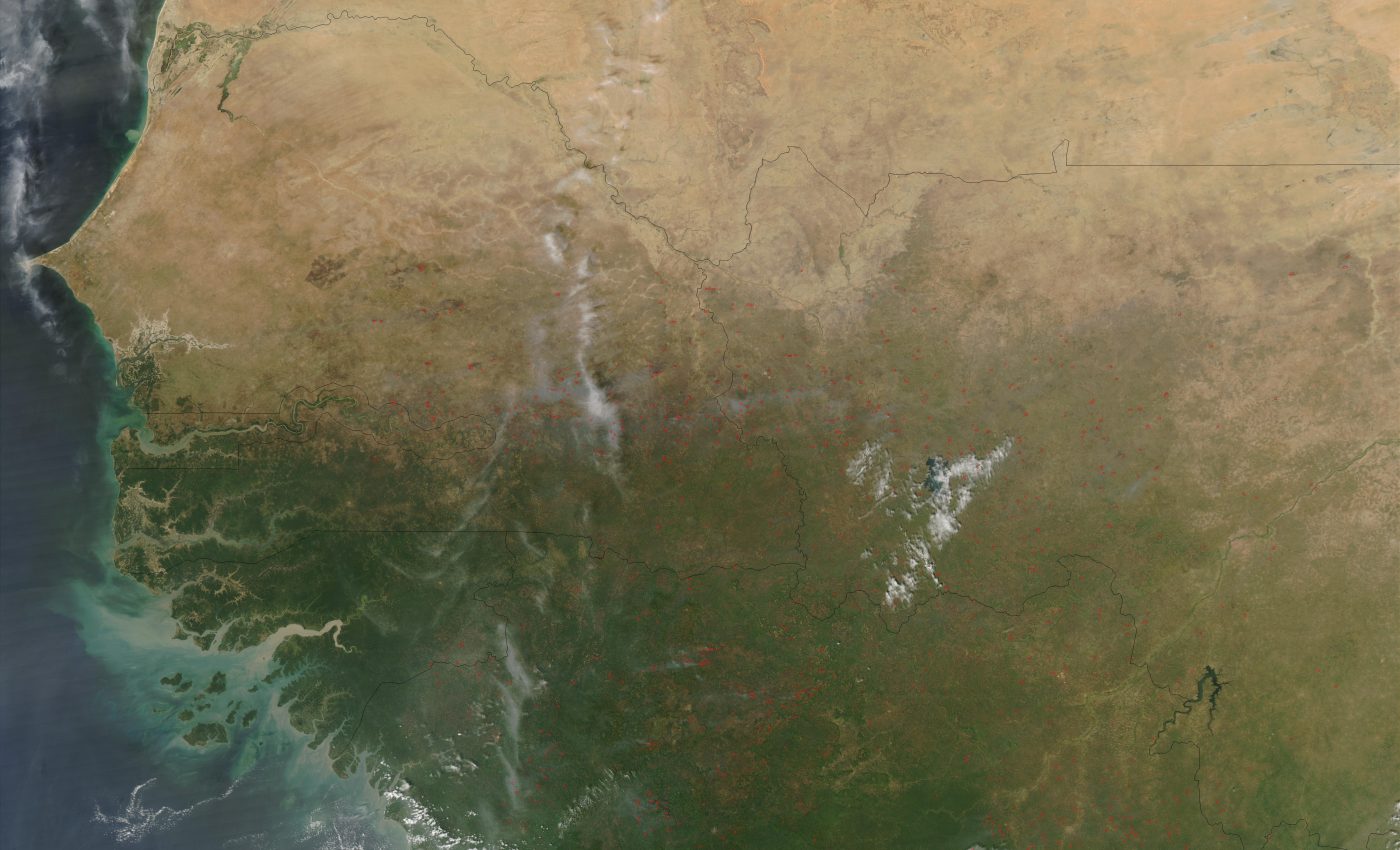 The Fires in western Africa, the Sahara desert (top, in Mauritania) blends with a loosely defined strip of transitional vegetation to the south, called the Sahel (lighter green). South of the Sahel, tropical savannas begin to dominate (darker green). This true-color Moderate Resolution Imaging Spectroradiometer (MODIS) image from the Aqua satellite shows fires (red dots) burning in the Sahel in northern Senegal (left center) and Mali (right center). To the south, fires are also burning in the savannas of Guinea. This image was acquired on November 9, 2002. The fires in western Africa.

West Africa, The northwest African region of Maghreb is counted as part of North Africa.

West Africa is the westernmost region of Africa. The United Nations defines Western Africa as the 16 countries of Benin, Burkina Faso, Cape Verde, The Gambia, Ghana, Guinea, Guinea-Bissau, Ivory Coast, Liberia, Mali, Mauritania, the Niger, Nigeria, Senegal, Sierra Leone and Togo, as well as the United Kingdom Overseas Territory of Saint Helena, Ascension and Tristan da Cunha. The population of West Africa is estimated at about 362 million  people as of 2016, and at 381,981,000 as of 2017, of which 189,672,000 are female and 192,309,000 male.