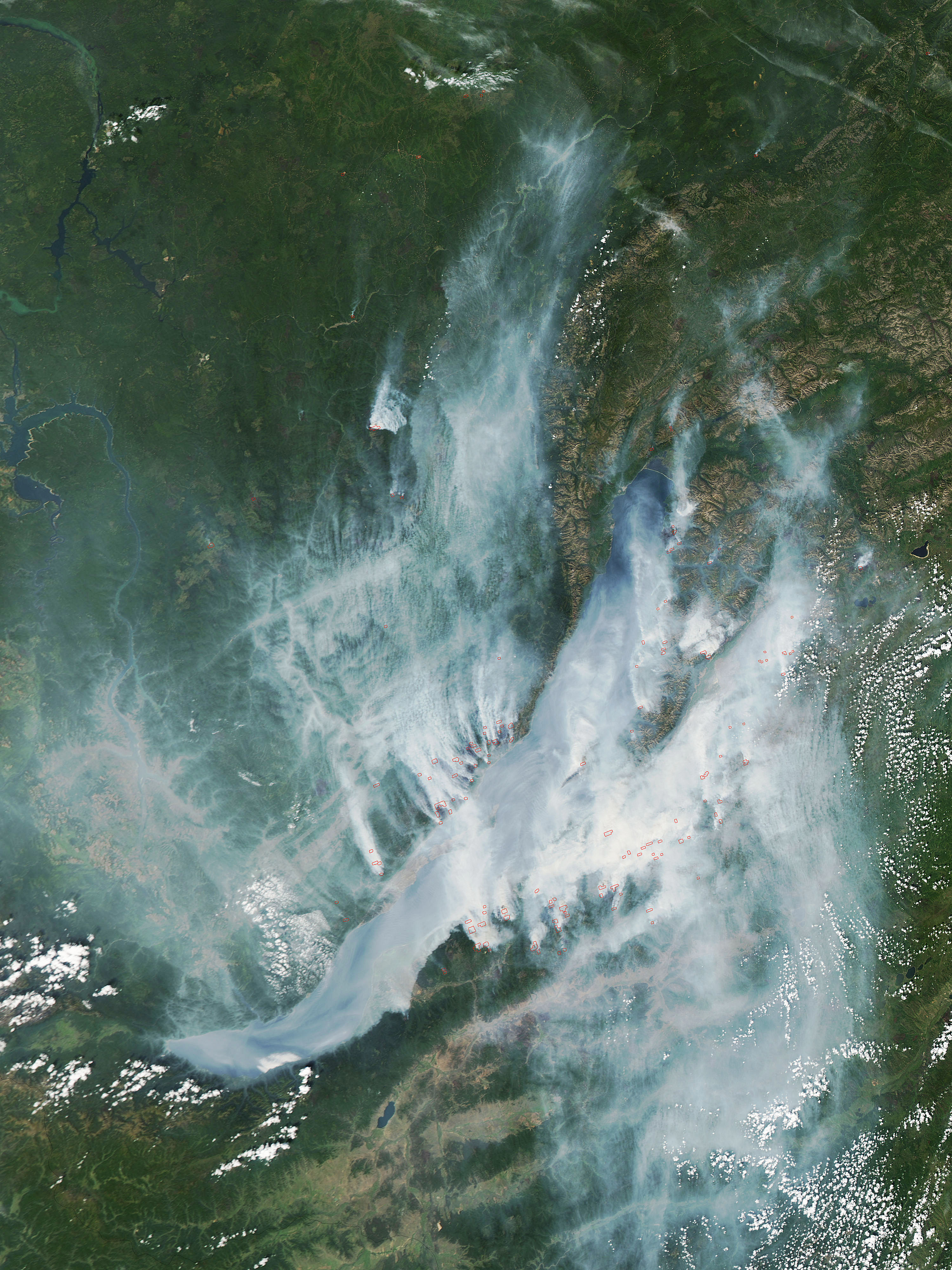 Fires continued to burn in south-east Siberia in late August, 2015, consuming thousands of hectares of forests and grasslands while emitting billowing clouds of smoke into the atmosphere. Fires Near Lake Baikal, Russia.

The Moderate Resolution Imaging Spectroradiometer (MODIS) aboard NASA’s Aqua satellite captured this true-color image of fires around Lake Baikal, Russia on August 21, 2015. Dozens of fires, marked by red hot spots, color the landscape to the north, northeast and northwest of the lake. The heavy gray smoke obscures the landscape in much of the image, and a thick haze hangs over the blue waters of Lake Baikal.

Lake Baikal is the deepest lake in the world and one of the largest, containing 20% of all fresh running water on Earth. The lake and forests around it has been recognized by the United Nations Educational, Scientific and Cultural Organization (UNESCO) as a World Heritage Site, in large part for its outstanding variety of endemic flora and fauna. According to UNESCO, Baikal is one of the most biodiverse lakes on Earth, with 1,340 species of animals (745 endemic) and 570 species of plant (150 endemic). The forests surrounding the lake are home to an additional 10 threatened species.

The 2015 fire season began early – fires ignited in April – and has continued throughout a hot, dry summer. As of August 12, according to the Siberian Times, infernos were burning 138,500 hectares in the Siberian Federal District, with the Republic of Buryatia and Irkutsk region hit the worst – both regions border Lake Baikal. The report also stated that ash washed up on the lake’s beaches at the peak of summer tourism season, and that some bathers in Baikal were “caked in ash after dipping into the cool waters”.