Hurricane Danny In The Atlantic Ocean 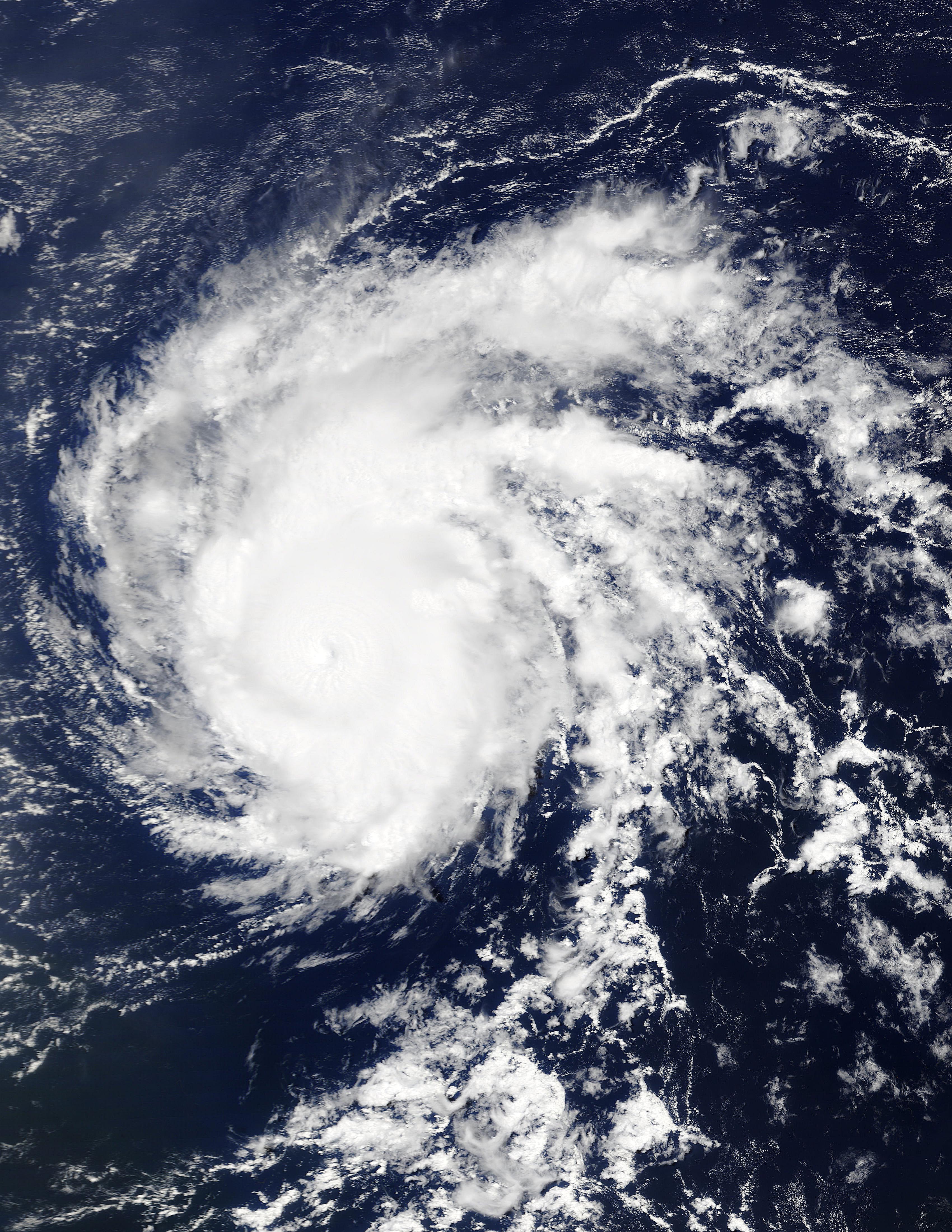 The first hurricane of the 2015 Atlantic Hurricane Season, Hurricane Danny was born in the waters between West Africa and the Lesser Antilles on August 18. Initially named Tropical Depression Four, it spun up quickly to tropical storm strength the same afternoon, then became a hurricane on August 20. By the afternoon of August 21, Hurricane Danny peaked in strength as a major hurricane before hitting a virtual wall of wind shear and being torn apart. The National Hurricane Center (NHC) issued its final advisory on the system on August 24 as it degenerated into a trough of low pressure, which moved westward over the Caribbean, bringing some gusty winds and rain. Hurricane Danny In The Atlantic Ocean.

The Moderate Resolution Imaging Spectroradiometer (MODIS) aboard NASA’s Terra satellite captured this true-color image of Hurricane Danny at near peak strength at 13:20 UTC (9:20 am EDT) on August 21. At 2100 UTC (5:00 pm EDT) that same day, the NHC reported that the center of Danny was located near 14.5 North, 49.1 West and carried maximum sustained winds near 115 mph (185 km/h). At the time the image was captured, Hurricane Danny was a compact storm with a very small eye. The asymmetry of the cloud bands indicates it is already encountering some wind shear.