Fires on Borneo and Sumatra 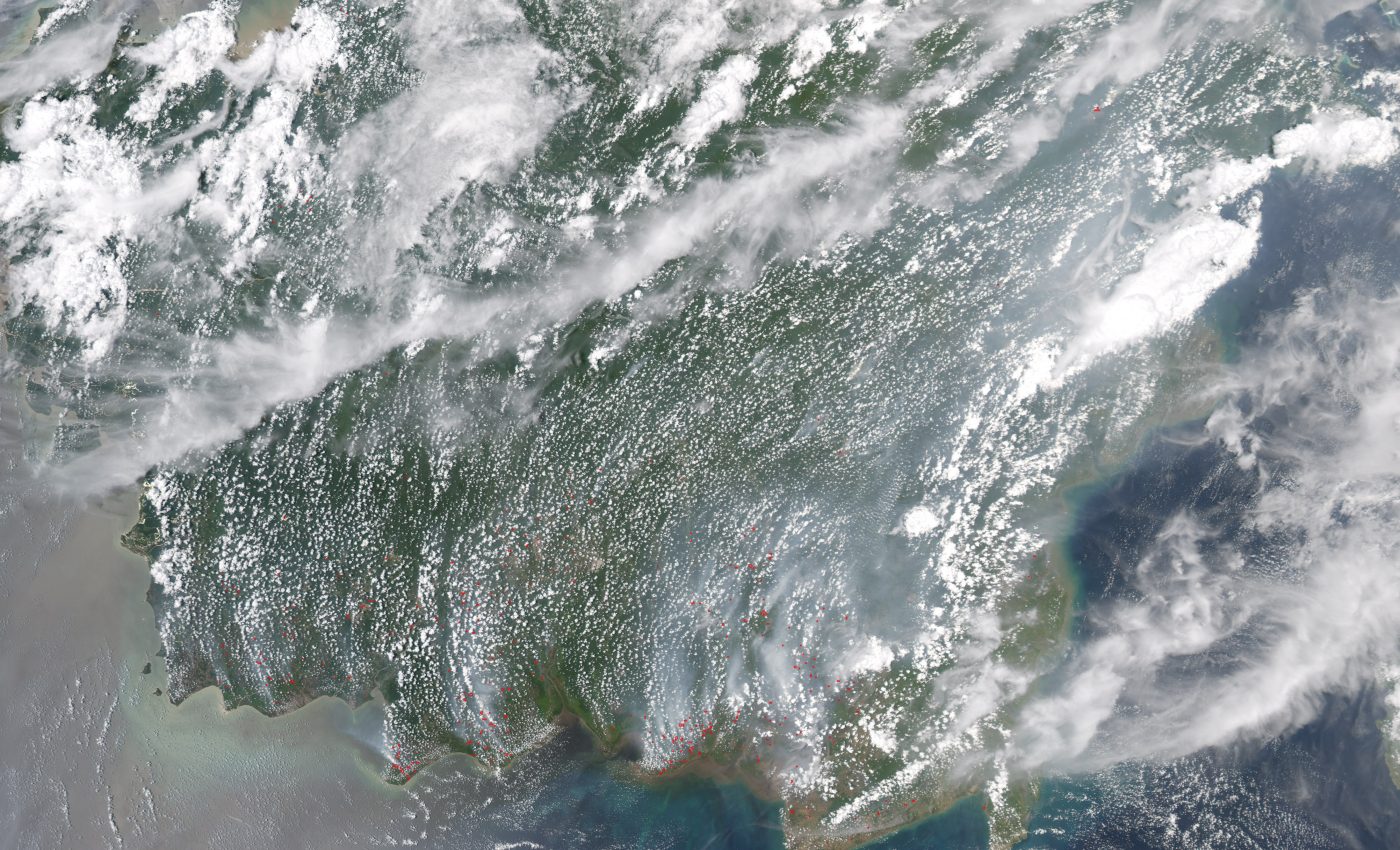 Fires on Borneo and Sumatra. On August 10, 2004, scores of fires were burning across the island of Borneo. Fires were burning in the Sarawak region of Malaysia, which occupies the northern part of the island, as well as the Kalimantan region of Indonesia, which occupies the southern part. Fires are especially concentrated in the West, around the coastal city of Sinkawang (lighter green area south of the western tip of the island). The Moderate Resolution Imaging Spectroradiometer (MODIS) on NASA’s Aqua satellite captured this image as well the location of active fires (marked in red). The high-resolution image provided above is 500 meters per pixel. The MODIS Rapid Response System provides this image at additional resolutions.

Borneo (/ˈbɔːrnioʊ/; Malay: Pulau Borneo, Indonesian: Kalimantan) is the third-largest island in the world and the largest in Asia. At the geographic centre of Maritime Southeast Asia, in relation to major Indonesian islands, it is located north of Java, west of Sulawesi, and east of Sumatra. The island is named after the nation of Brunei.

The island is politically divided among three countries: Malaysia and Brunei in the north, and Indonesia to the south.[1] Approximately 73% of the island is Indonesian territory. In the north, the East Malaysian states of Sabah and Sarawak make up about 26% of the island. Additionally, the Malaysian federal territory of Labuan is situated on a small island just off the coast of Borneo. The sovereign state of Brunei, located on the north coast, comprises about 1% of Borneo’s land area. A little more than half of the island is in the Northern Hemisphere including Brunei and the Malaysian portion, while the Indonesian portion spans both the Northern and Southern hemispheres.

Borneo is home to one of the oldest rainforests in the world.