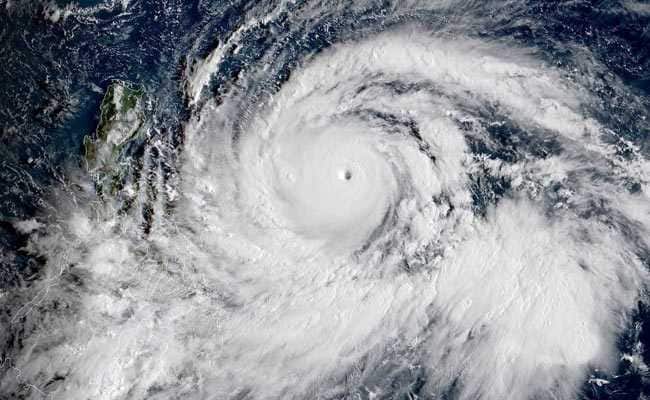 Typhoon Rananim. The MODIS instrument onboard NASA’s Aqua satellite captured this true-color image of Typhoon Rananim on August 11 at 5:00 UTC while it was apprxoximately 230 nm east-southeast of Taipei, Taiwan. At the time this image was taken, Rananim has maximum sustained winds of 80 knots with higher gusts to 100 knots. The storm was moving towards the northwest at 9 knots and was expected to bring high winds and heavy rains to the northern sections of Taiwan.
The modis Rapid Response System provides this image at additional resolutions and formats.

Impact outside of China was minimal and largely limited to heavy rains, although one death was reported in Taiwan. In the country, strong winds and heavy rainfall left heavy damage near the coast, as well as to farms further inland. Rananim destroyed 64,300 houses and damaged another 125,000. The typhoon affected 75 counties, affecting 18 million people, and overall damage was estimated at ¥20.1 billion ($2.44 billion 2004 USD, $3.24 billion 2019 USD), primarily in Zhejiang. There were 168 deaths in China, which caused the name Rananim to be retired from the naming list. Typhoon Rananim, known in the Philippines as Typhoon Karen, was the strongest typhoon to make landfall on the Chinese province of Zhejiang since 1956. It formed on August 6, 2004, intensifying into a tropical storm on August 8. Rananim gradually intensified, initially moving northward before turning to the northwest and attaining typhoon status.