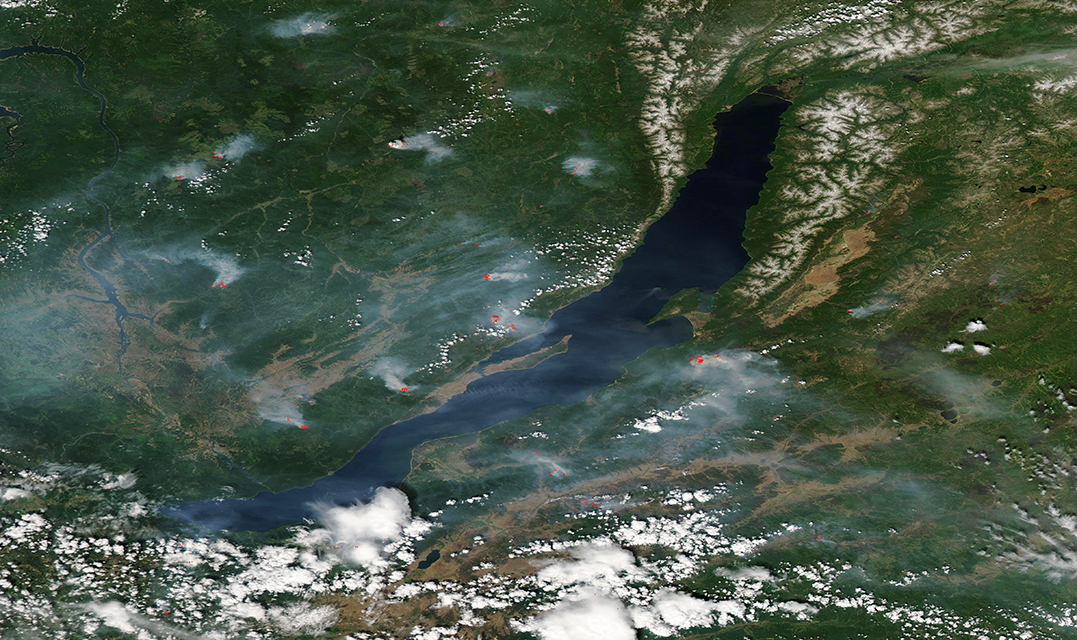 Fires Surrounding Lake Baikal. Hundreds of forest fires continue to burn across the boreal forests of Russia, releasing thick clouds of smoke that are spreading as far south as South Korea and central China. This Moderate Resolution Imaging Spectroradiometer (MODIS) from the Aqua satellite on May 20, 2003, shows the fires marked with red dots.

The high-resolution image provided above is 500 meters per pixel. The MODIS Rapid Response System provides this image at MODIS’ maximum spatial resolution of 250 meters. Lake Baikal Baigal nuur; Mongolian: Байгал нуур, Baigal nuur, etymologically meaning, in Mongolian, “the Nature Lake”) is a rift lake in Russia, located in southern Siberia, between Irkutsk Oblast to the northwest and the Buryat Republic to the southeast.

Lake Baikal is the largest freshwater lake by volume in the world, containing 22–23% of the world’s fresh surface water. Although Fires Surrounding Lake Baikal are common.

Therefore With a maximum depth of 1,642 m (5,387 ft), Baikal is the world’s deepest lake. It is considered among the world’s clearest lakes and is considered the world’s oldest lake– at 25–30 million years. It is the seventh-largest lake in the world by surface area.