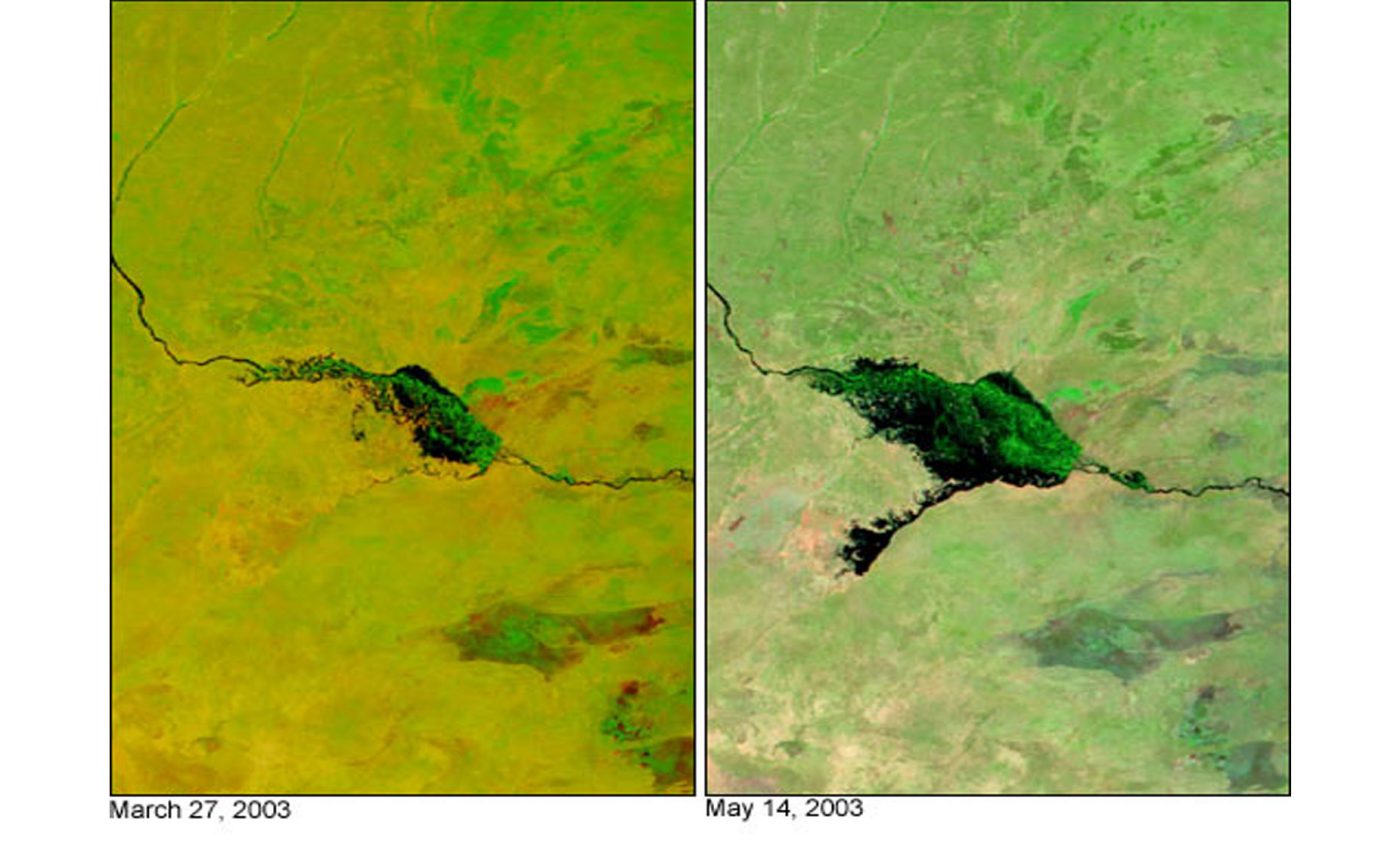 In early May 2003, heavy rains Flooding in Namibia in south central Africa led to flooding along Namibias Caprivi Strip. High waters along the Zambezi River and its tributaries displaced 25,000 people. The floodwaters can be seen in this false-color image (right) acquired on May 14, 2003, by the Moderate Resolution Imaging Spectroradiometer (MODIS) aboard NASAs Terra spacecraft. The floodwaters resemble a lake in the center of the image.

In March, the flooding was much less extensive (left, acquired on March 27, 2003). During the dry season, this lake would be completely absent and the Zambezi River would resemble a barely visible, thin line. In this false-color image, water is black. Clouds appear as pale blue and white, and vegetated land is green and yellow.

Also Namibia, the driest country in Sub-Saharan Africa, was inhabited since early times by the San, Damara and Nama people. Around the 14th century, immigrating Bantu peoples arrived as part of the Bantu expansion. Since then, the Bantu groups, the largest being the Aawambo, have dominated the population of the country; since the late 19th century, they have constituted a majority.