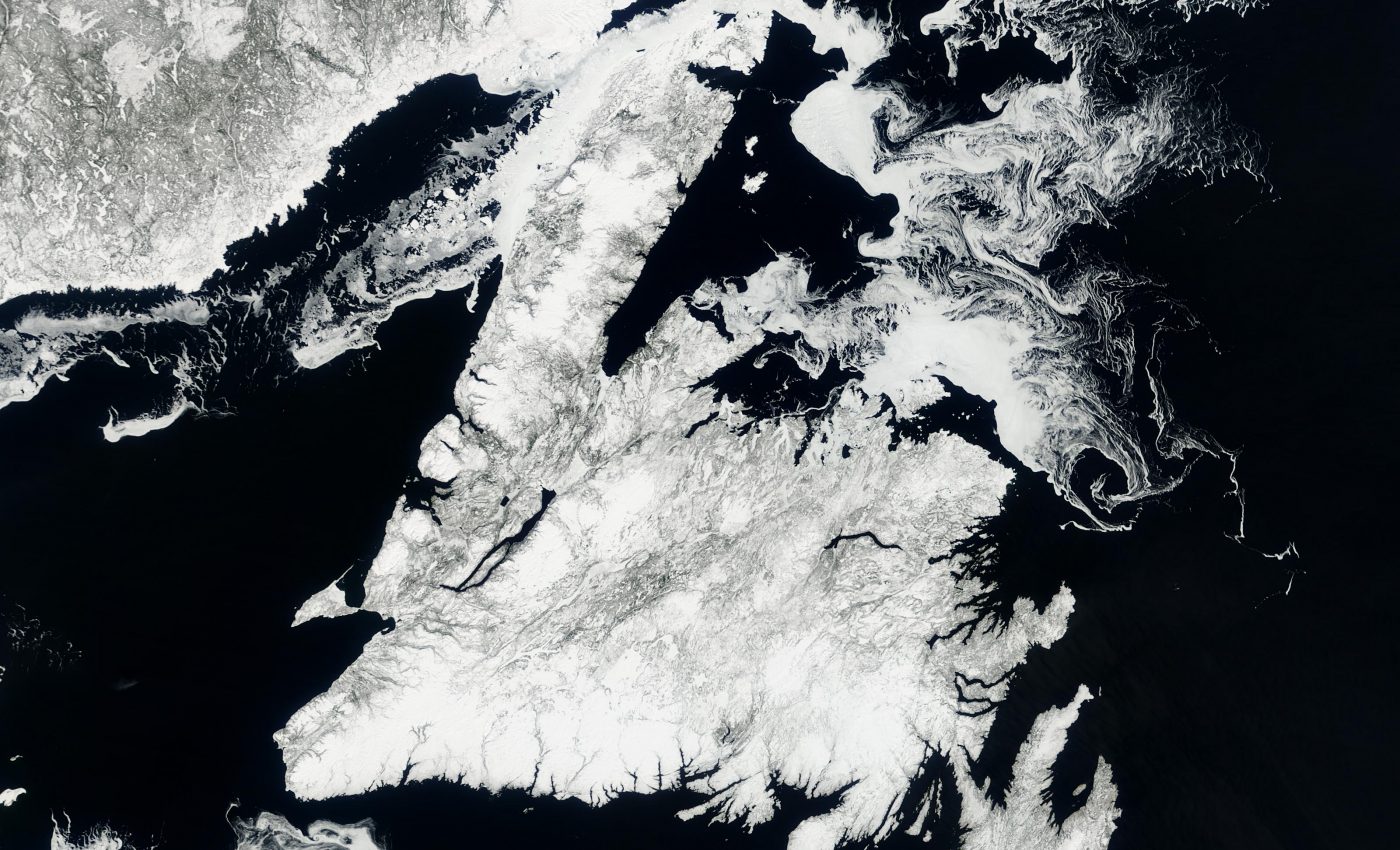 Sea ice swirls off of the Newfoundland/Labrador coast in this true-color Aqua MODIS image acquired May 21, 2003. Newfoundland province´s Labrador mainland sits on Canada´s eastern edge in between Labrador Sea to the east and the Gulf of St. Lawrence to the south. The sea ice off the coast is broken up and in the process of melting, and features swirls from the currents of water it floats on. On shore, the land is still dusted with snow in all but the lowest elevations, and so appears as a mixture of gray, white, and brown. In the lower center of the province, Lake Melville is shown as a mixture of brown water and white ice surrounded by green valleys. Farther to the west, Smallwood Reservoir is still completely ice covered and half-hidden by clouds.

Newfoundland province is made up of the Labrador mainland (shown here), as well as the island of Newfoundland and its adjacent islands, and covers a total of 404,519 square kilometers (156,185 sq mi). In all that land, there are fewer than 600,000 people, most of whom live on the southern part of the island. Newfoundland is a very beautiful country.