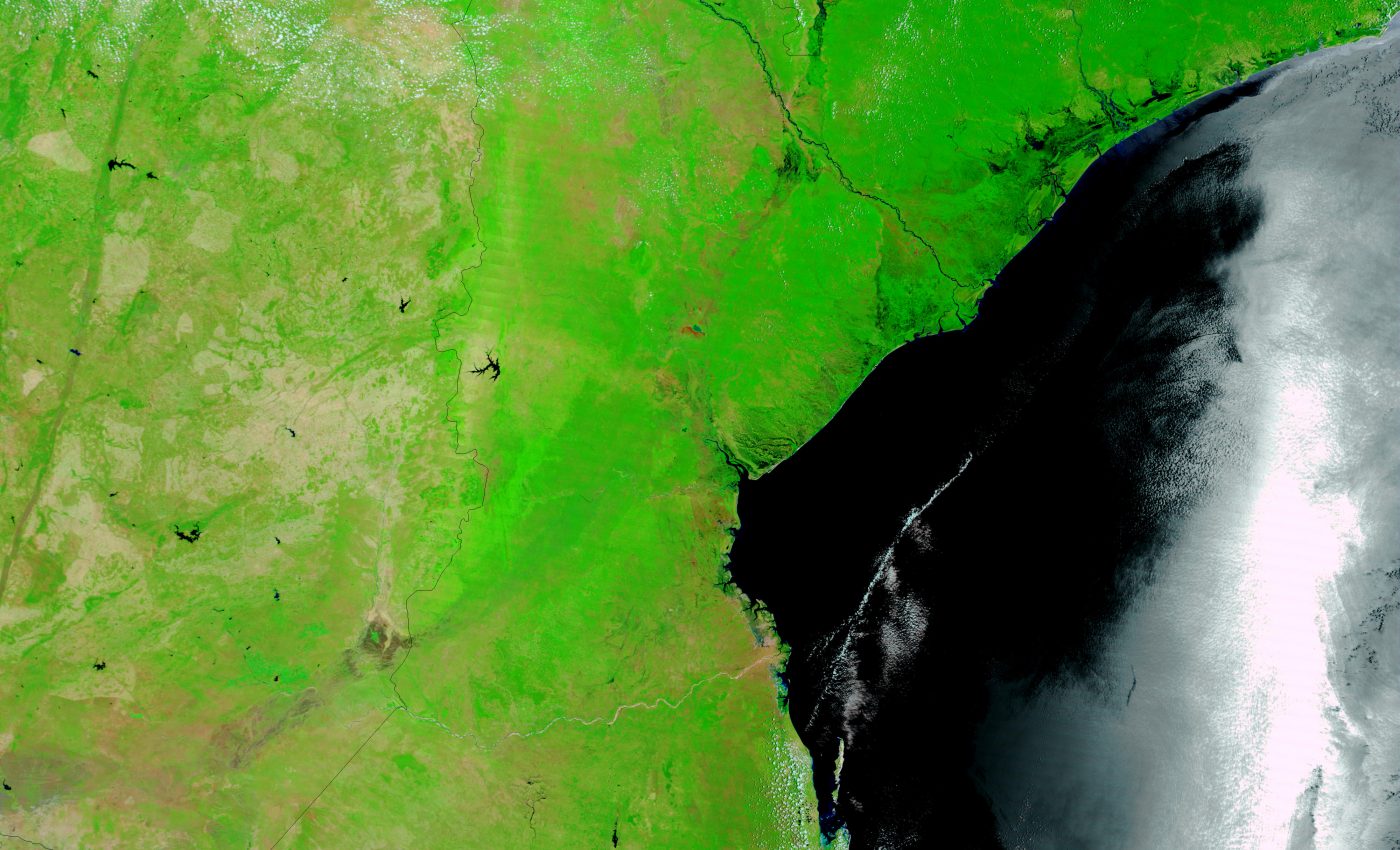 Heavy rains across southeastern Africa led to flooding throughout Malawi and Mozambique that displaced thousands of people and destroyed hundreds of acres of cropland. Therefore This true-color image of flooding in southern Malawi and central Mozambique was acquired on January 14, 2003.

And by the Moderate Resolution Imaging Spectroradiometer (MODIS) aboard NASA?s Terra spacecraft. The floods looks like bruises on the land, and the most evident flooding in this image appears along the coast of the Indian Ocean and around the Zambeze River Delta. The floods have driven over 30,000 people from their homes and killed seven people. The hardship caused by the floods may last long after the waters recede. A food shortage currently exists in southeastern Africa, and the floods have now destroyed a great deal of cropland along the rivers and lakes.

In this false-color image, land is green, water is black and dark blue, and clouds are light blue and white. Also the floods have destroyed a lot of the city. The satellite imaging captures how flooded and green the area has become. Although the area needed this rain the flooding devastated the town.