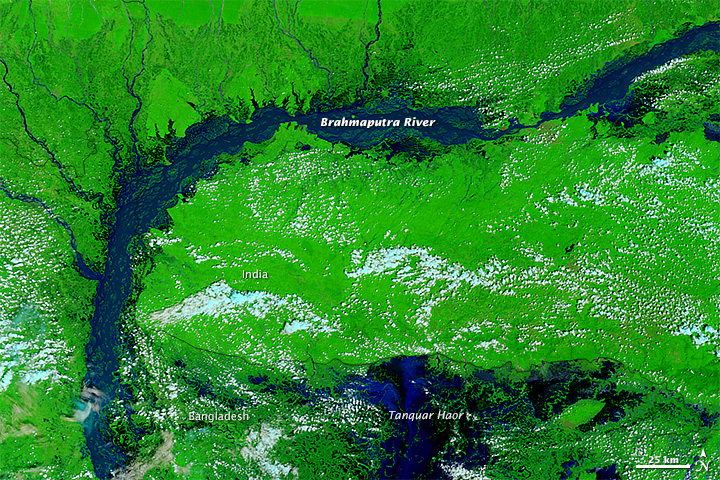 On April 26, 2004, Floods in Bangladesh and the clouds cleared to give the Moderate Resolution Imaging Spectroradiometer (MODIS) on the Aqua satellite this stunning view of extensive flooding in northeastern Bangladesh and India. The floods followed on the heels of a series of intense thunderstorms that began on April 9 and lasted through April 19.
Floods can be seen in three areas in this false-color image. The most obvious flooding spans the border between India and Bangladesh and was caused by water rushing out of the Khasi Hills to the north. These floods displaced about half a million people in Bangladesh. A few dark spots around the Brah maputra (Jamuna) River to the north of the hills in India may also be signs of flooding. Finally, a dark spot on the right edge of the image shows where floods have affected the Indian state of Manipur. According to news reports, the floods have damaged rice patties that were about to be harvested, and harmed fish farms in the state. Several villages are reported to be submerged. Also Floods in Bangladesh happen often. Therefore the thick bright green terrain stays lush from all of the rain they get. 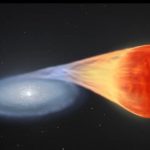 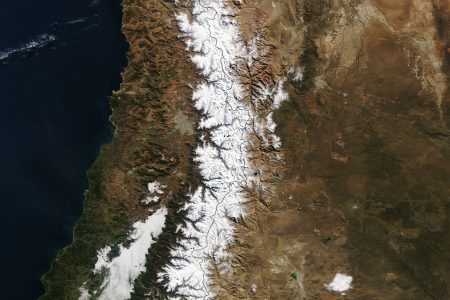 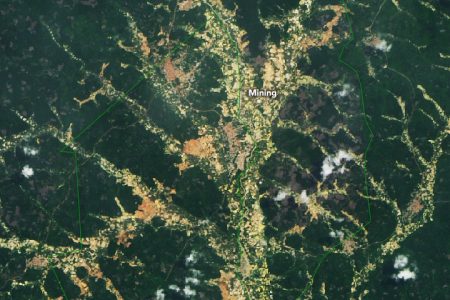