Saharan Dust Over the Eastern Mediterranean 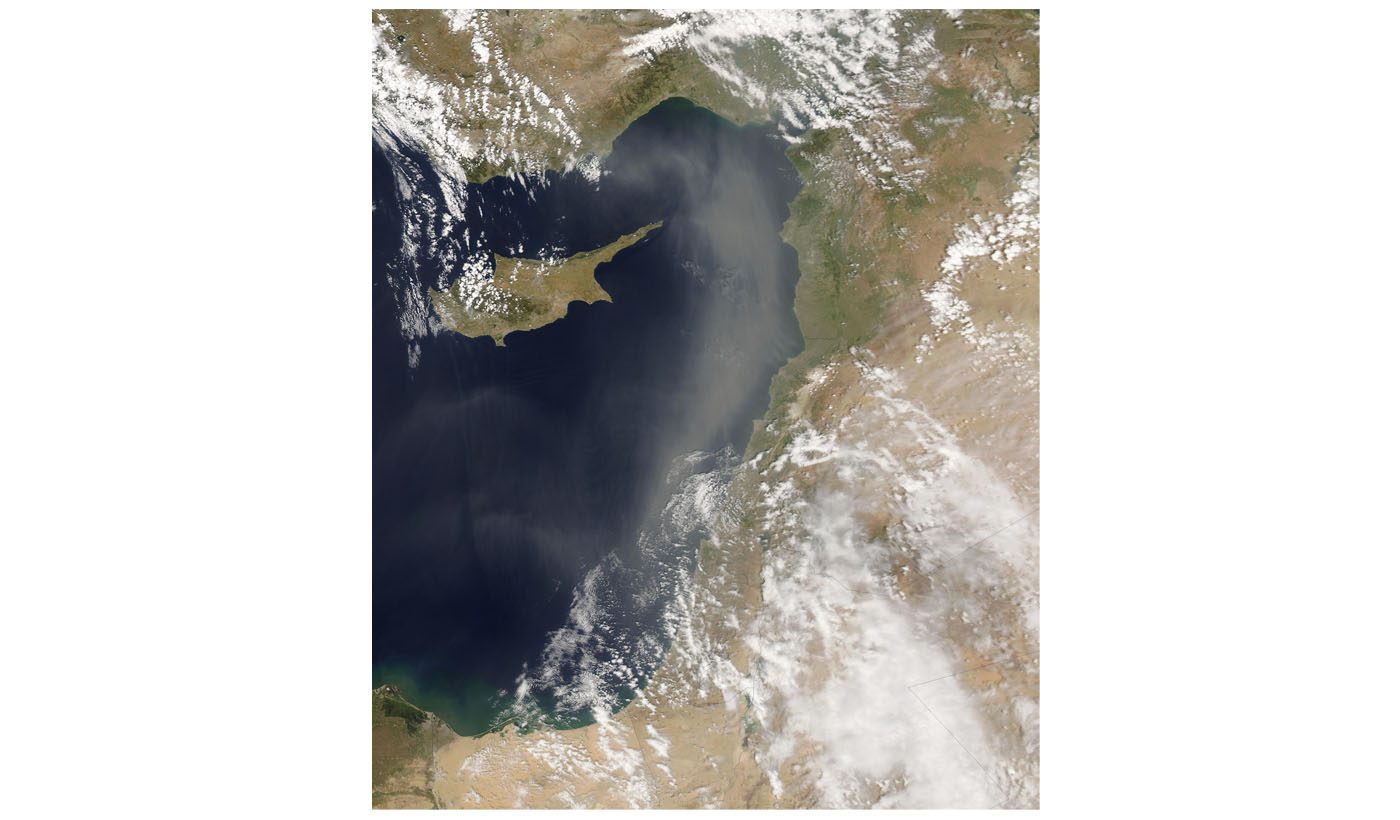 A thin band of tan dust swept along the eastern shores of the Mediterranean Sea on April 27, 2004, when the Moderate Resolution Imaging Spectroradiometer (MODIS) on the Aqua satellite captured this image. The countries shown here are, clockwise from the top, Turkey, Syria, Jordan, Saudi Arabia, Egypt, Israel and Palestine, Lebanon, and the island of Cyprus.

The Eastern Mediterranean denotes the countries geographically to the east of the Mediterranean Sea (the Levantine Sea). Its populations share not only geographic position but also cuisine, certain customs and a long, intertwined history. This eastern Mediterranean region is commonly interpreted in two ways. The more broad definition of the Levant which includes its historically tied neighboring countries, Greece and Egypt. The region of Syria with the island of Cyprus (also known as the Levant), and Turkey, which limits the definition to Western Asia. Mineral dust is atmospheric aerosols originated from the suspension of minerals constituting the soil. It is composed of various oxides and carbonates. Human activities lead to 30% of the dust load in the atmosphere. The Sahara Desert is the major source of mineral dust, which subsequently spreads across the Mediterranean (where it is the origin of rain dust) and Caribbean seas into northern South America, Central America, and eastern North America, and Europe. Additionally, it plays a significant role in the nutrient inflow to the Amazon rainforest. The Gobi Desert is another source of dust in the atmosphere, which affects eastern Asia and western North America.