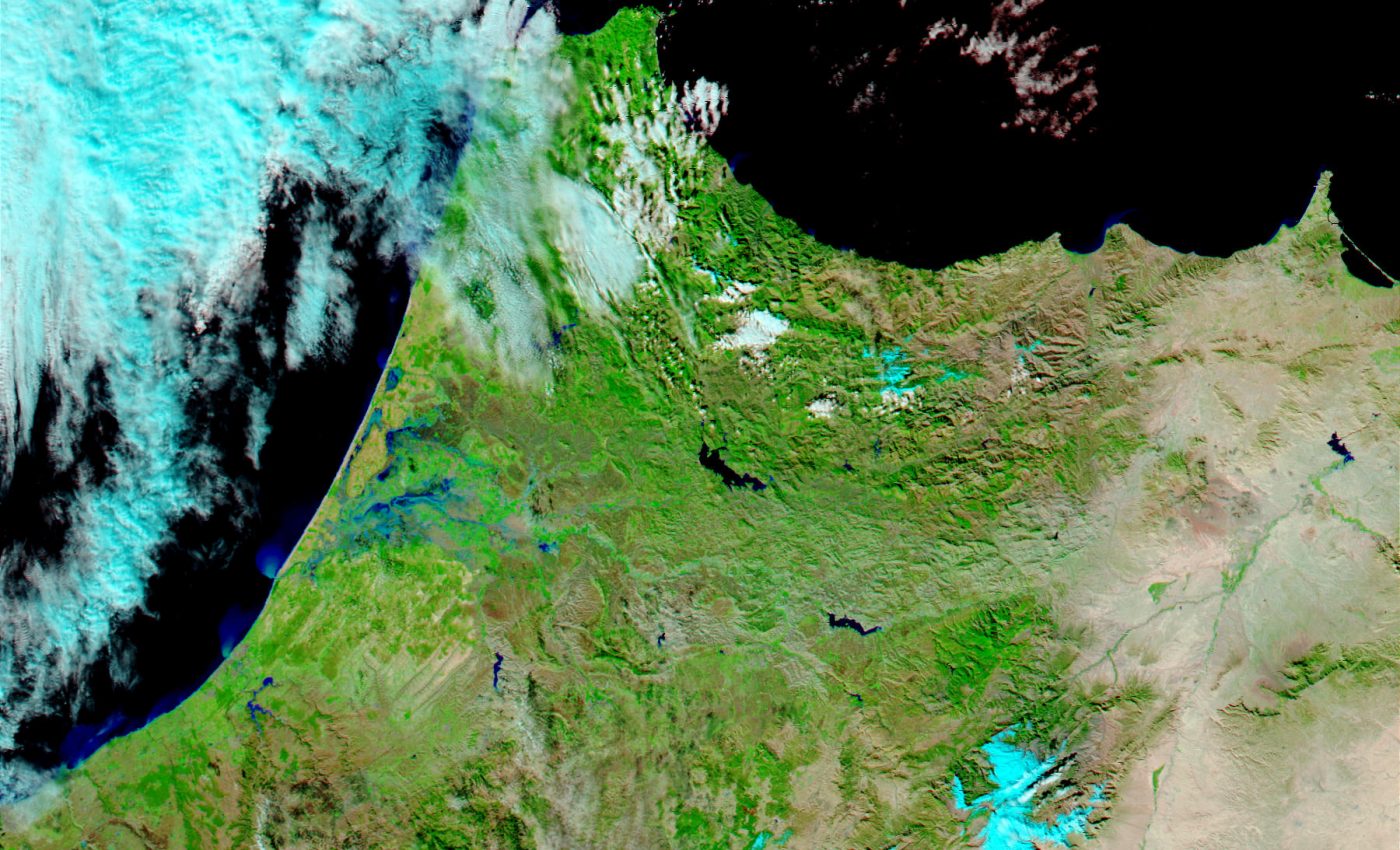 Unusually heavy rains hit Morocco in late November 2002, giving rise to floods that killed more than 60 people. These true- and false-color images display some of the worst of the flooding just north of the city of Rabat, located on Morocco’s coast. These before and after images were acquired by the Moderate Resolution Imaging Spectroradiometer (MODIS) instruments flying aboard NASA’s Terra and Aqua spacecrafts.

Most of the casualties were due to flash flooding throughout the western half of Morocco. The water from the flash floods has drained into the now swollen riverbeds and lakebeds that appear as solid blue in the image.

The floodwaters washed away loose sediment from the surrounding countryside. Also and carried it to the Atlantic Ocean to form the sediment plumes that appear along the coast. Normally, hardly any standing water in Morocco is visible in MODIS imagery (see before images, acquired November 7, 2002). In the false color images land is green and tan, clouds are white and light blue, and water is dark blue and black. The floods were so bad and damaging. They ruined majority of the areas and people lost a lot. These floods ruin.