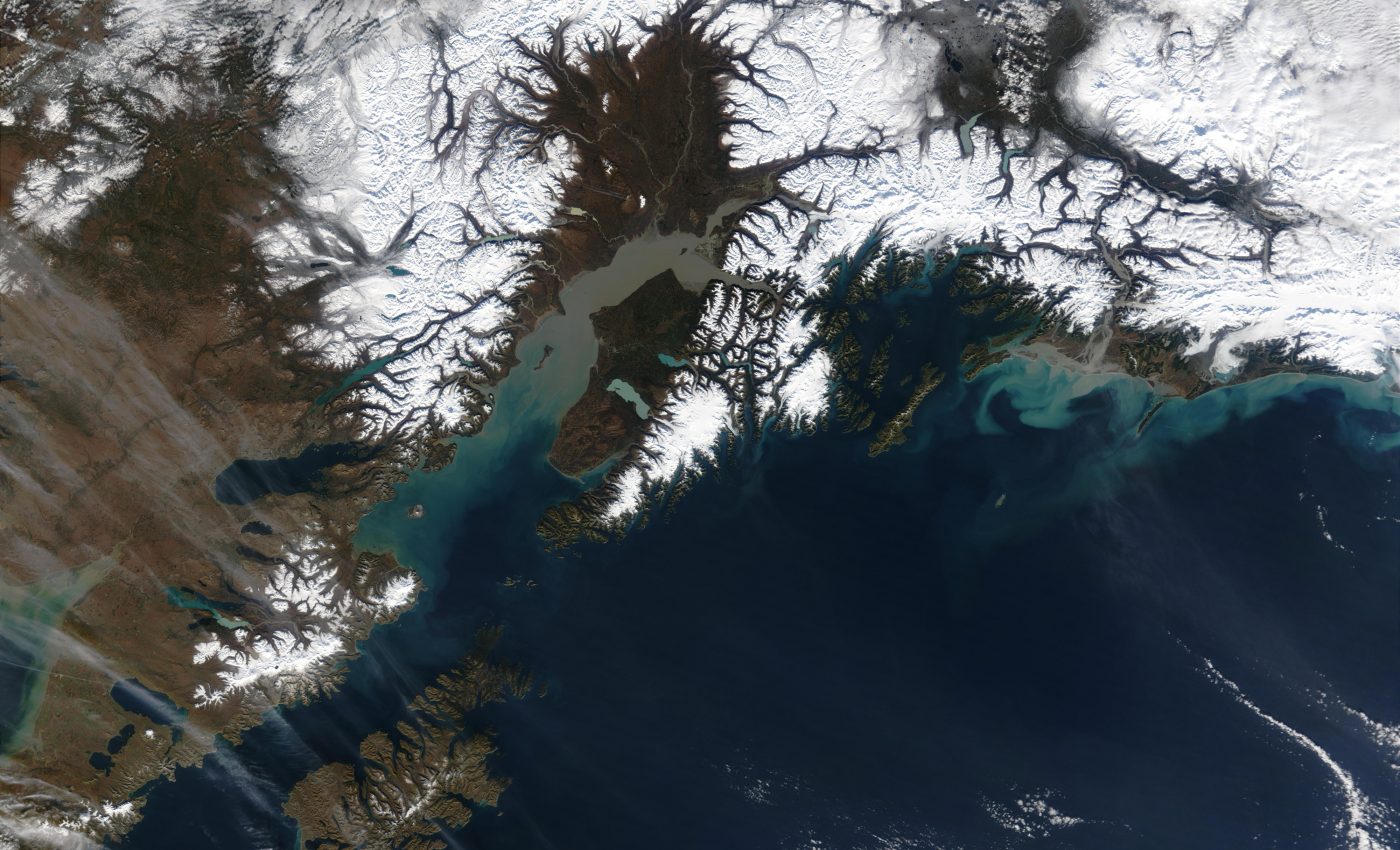 In early September 2002, south-central Alaska appeared lush and green at lower elevations. Meanwhile the higher mountains were capped with snow. At lower left of the true-color Moderate Resolution Imaging Spectroradiometer (MODIS) image from Sept. 2, 2002, a think line of snow dusts the peaks of Kodiak Island.

Left of center, Cook Inlet is filled with sediment, probably a mixture of tidal action and river outflow.  Therefore At right, the Chugach Mountains line the coast of the Gulf of Alaska, and behind them are the Wrangell Mountains. At the top center of the image from October 9 the blue shadow of Denali can be shown.

Also South central Alaska is the portion of the U.S. state of Alaska consisting of the shorelines and uplands of the central Gulf of Alaska. Most of the population of the state lives in this region, concentrated in and around the city of Anchorage. On November 9, the shadow is even more pronounced in the center of the image. Alaska has many beautiful mountains along the coast and may have the marine layer earlier in the day but clears up to be an amazing scene of nature.