The Gap Fire in California • Earth.com

The Gap Fire in California 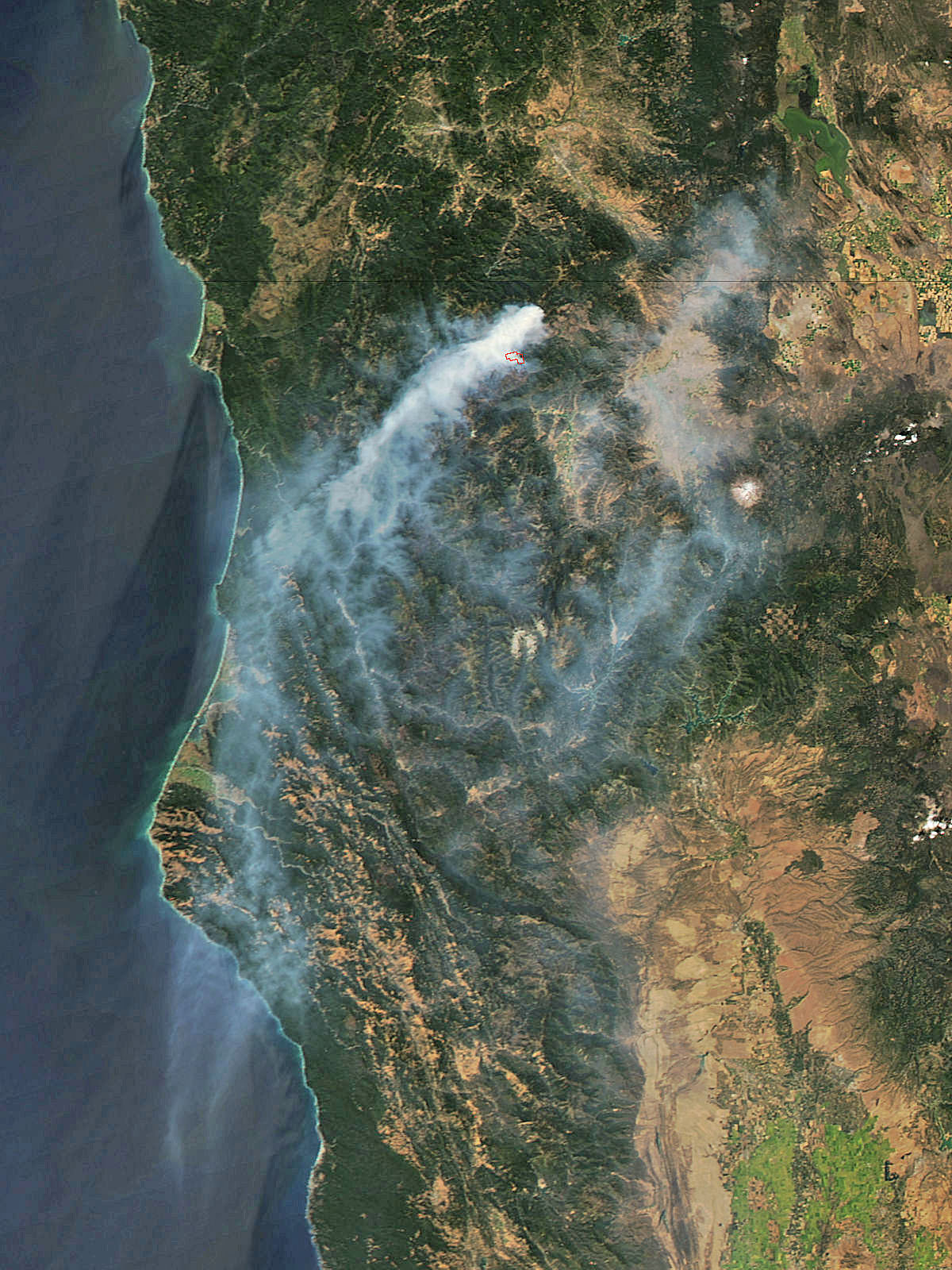 The Gap Fire started in the Klamath National Forest on Saturday, August 27, 2016, at 6pm. It was first reported about 5 miles east of Seiad, California and 2 miles north of Oneil Campground (on Highway 96). By late the next day, fire behavior had increased due to heavy fuels, many years of drought leaving the area extremely dry, and strong, erratic winds that drove fire activity.

As of late in the afternoon on September 6, the Gap Fire had consumed 28,000 acres and was 50% contained, according to Inciweb Incident Information System. Evacuations were at advisory level on both sides of Highway 96 between Scott River Road and Walker Gulch as well as some residences on Ladd Road. Fire activity was causing temporary closures on parts of Highway 96. Two structures have been destroyed.

The Moderate Resolution Imaging Spectroradiometer (MODIS) aboard NASA’s Aqua satellite captured a true-color image of the Gap Fire on September 5. Red outlines mark “hotspots” where the thermal bands on the instrument detected high temperatures. Smoke pours from the hotspots and is blown in several directions from the actively burning areas – evidence of the erratic nature of the winds in the region.