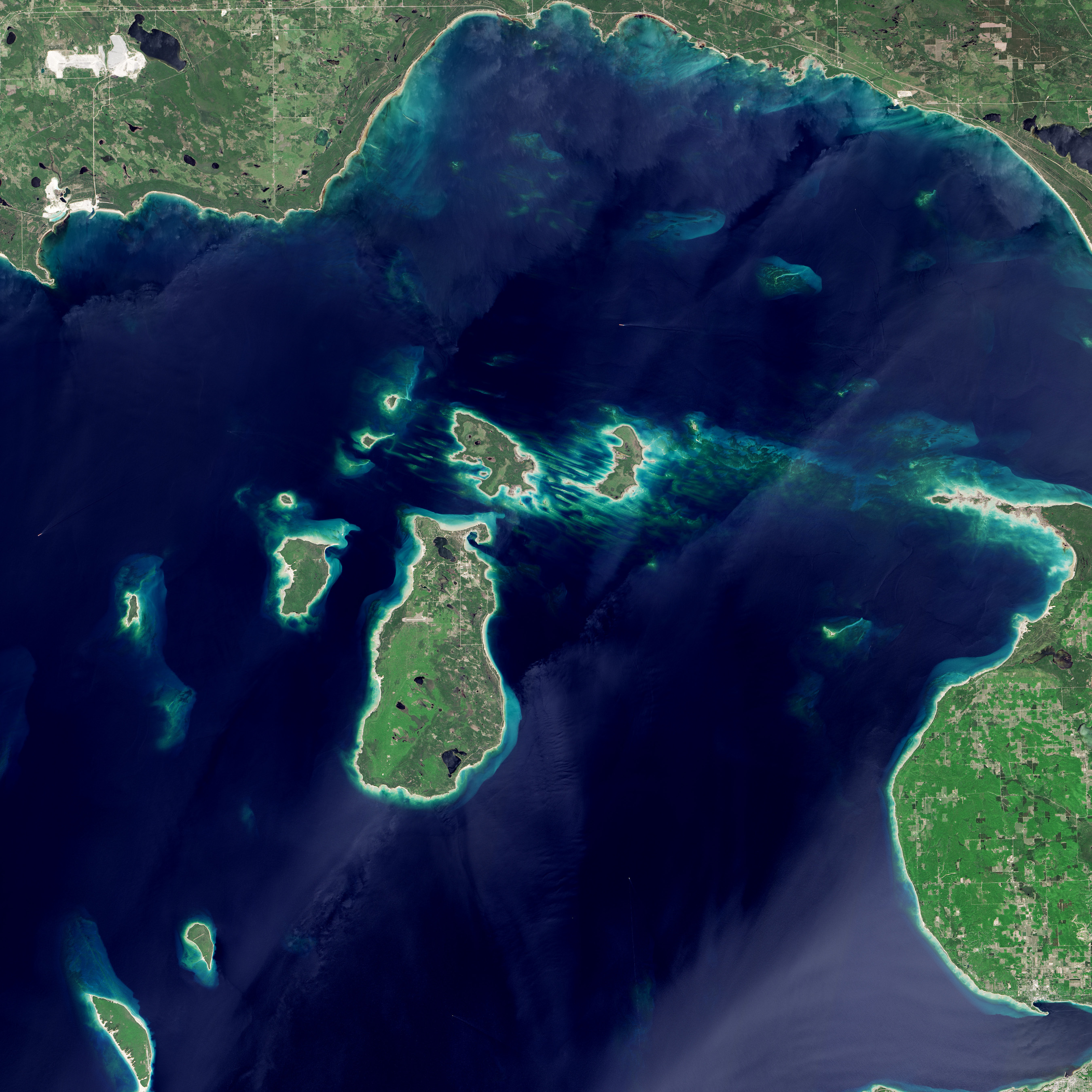 Both islands belong to the Beaver Island archipelago and remain uninhabited.

Lake Michigan is one of the five Great Lakes of North America. It is the second-largest of the Great Lakes by volume (1,180 cu mi (4,900 km3)) and the third-largest by surface area (22,404 sq mi (58,030 km2)), after Lake Superior and Lake Huron. To the east, its basin is conjoined with that of Lake Huron through the narrow Straits of Mackinac, giving it the same surface elevation as its easterly counterpart; the two are technically a single lake.

Lake Michigan is the largest lake by area in one country. Located in the United States, it is shared, from west to east, by the states of Wisconsin, Illinois, Indiana, and Michigan. Ports along its shores include Milwaukee and Green Bay in Wisconsin; Chicago in Illinois; Gary in Indiana; and Muskegon in Michigan. Green Bay is a large bay in its northwest, and Grand Traverse Bay is in the northeast. The word “Michigan” is believed to come from the Ojibwe word michi-gami meaning “great water