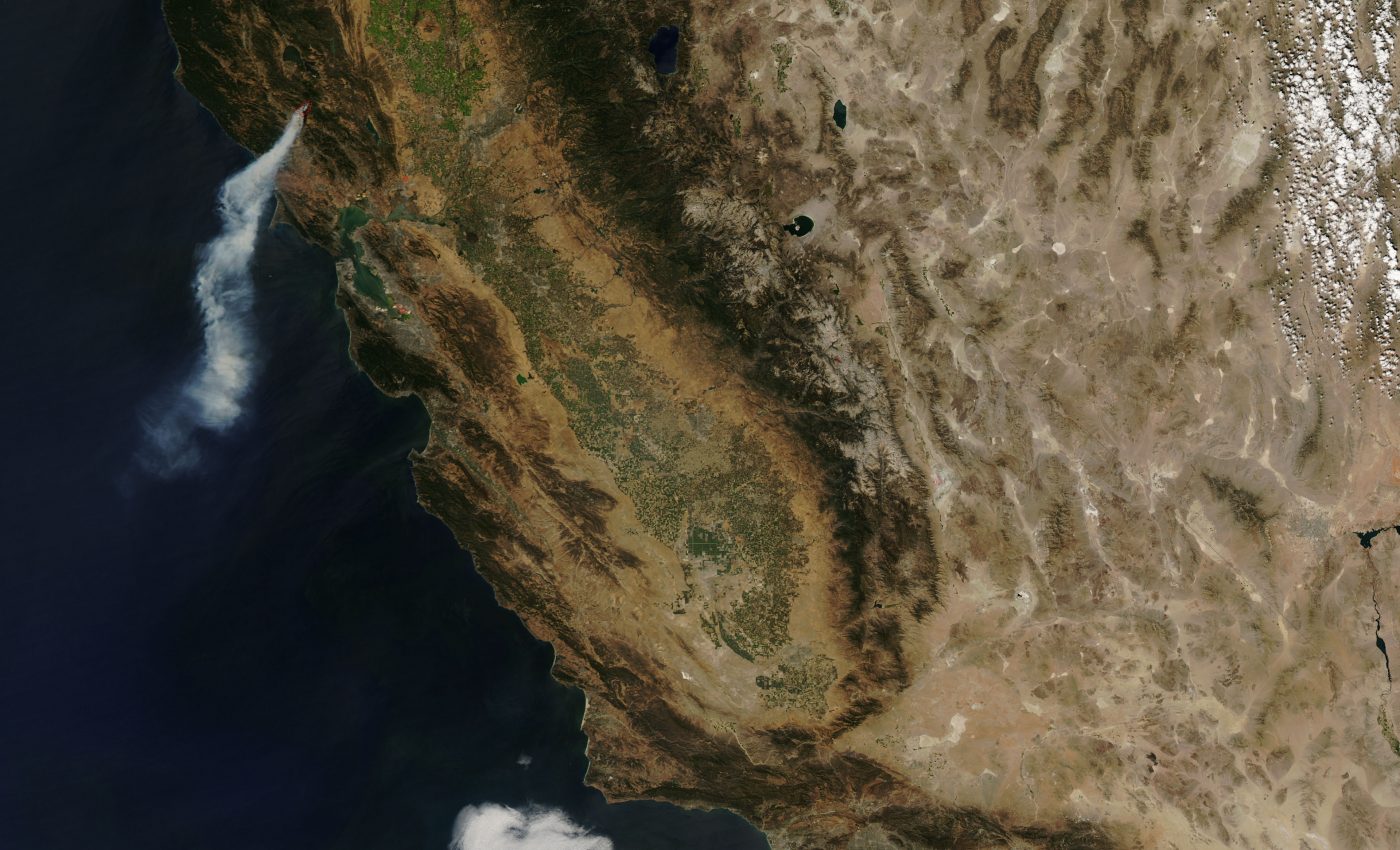 Geysers Fire, Northern California. A fast-moving wildfire sprang up in northern California near the Geysers, the world’s largest geothermal power plant, on Friday, September 3, and rapidly grew to several thousand acres, threatening homes and vineyards. As of Sunday, September 5, the National Interagency Fire Center estimated the fire was just over 6,000 acres. This image of the Geysers Fire shows the blaze on September 4 and 5, 2004.

On September 4, the fire was belching out a thick plume of smoke that blew southward over the Pacific Ocean. The next day the smoke was more diffuse, and it lingered over the rugged terrain. The city in the southern part of the images is San Francisco. These images were captured by the Moderate Resolution Imaging Spectroradiometer (MODIS) on NASA’s Aqua satellite.

Fire geysers are holes protruding from the floor, pointing up, that occasionally spit out columns of fire. Unlike regular geysers, fire geysers are harmful to the leaders and Pikmin that are neither Red Pikmin or Bulbmin. Leaders can become invulnerable to these after the Scorch Guard is salvaged, however. Geysers Fire, Northern California caused massive amounts of fire and burn damage.