Glacier melt in the Bolivian Andes threatens lives and communities 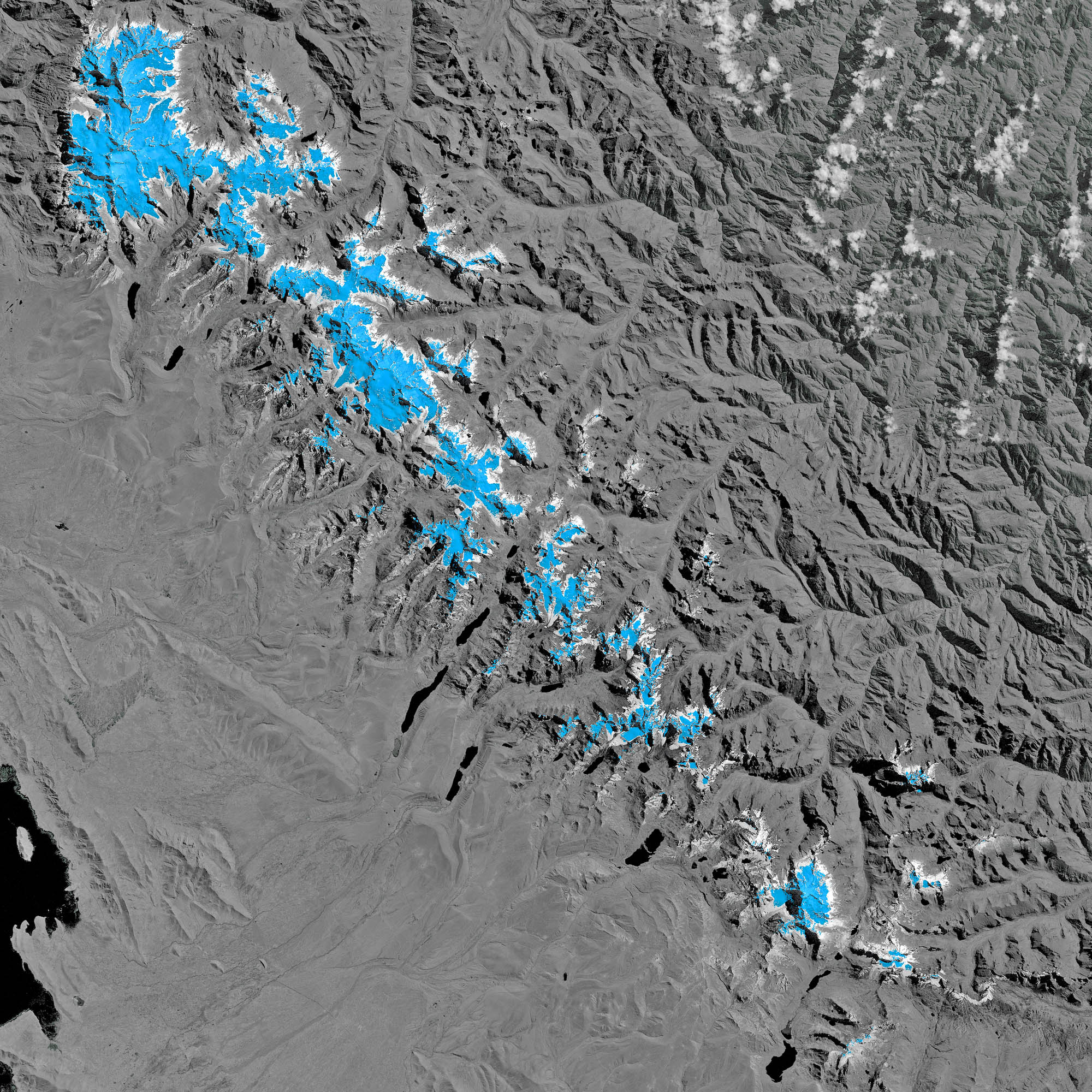 As climate change threatens the stability of glaciers in the Bolivian Andes Mountains, surrounding communities are at risk. Warmer temperatures are causing the glaciers to melt too quickly, and the results could be devastating.

If glacial lakes become turbulent at such high altitudes, water can pick up violent speed and lethal force as it heads downhill.

Simon Cook is a Manchester Metropolitan University glaciologist and lead author of the study. He explained, “Those lakes can burst and wash away villages or infrastructure downstream, and we actually identified 25 such lakes that could prove a risk.”

The false-color image above, which uses data from the Landsat 8 and Landsat 5 satellites, visualizes some of this ice retreat along this section of the Andes. According to the study, the Cordillera Real mountain range saw the most change with glaciers shrinking at least 43 percent over the last 53 years. At the current rate of global warming, the majority of these glaciers will vanish by the end of the century.

Glaciers provide a dependable source of water for high-altitude locations, serving as a water preserve in the dry season.

According to Cook, over 2 million people in and around the La Paz and El Alto areas receive around 15% of their water supply from glaciers, and that amount doubles in the dry season.

The disappearance of the glaciers pose yet another threat to the communities of the Bolivian Andes. In 2016, permanent water rations were issued in La Paz due to severe drought.