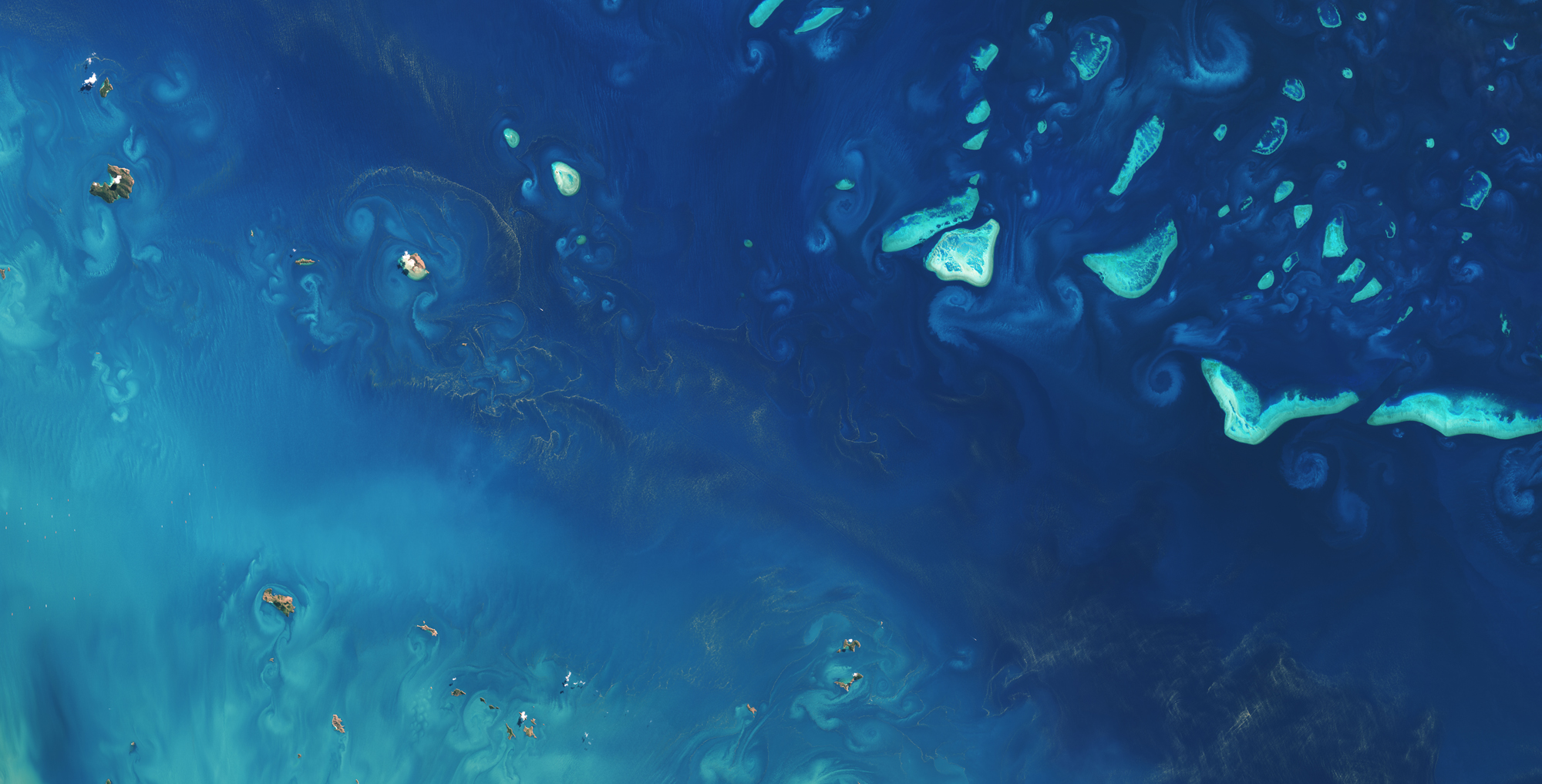 This satellite image, acquired by the Landsat-8 satellite on 23 August 2013, takes us off the east coast of Australia where currents swirl in the water around corals. Great Barrier Reef, Australia has many different changes occurring.

From their vantage point some 800 km high, satellites offer the means to monitor the health reefs across the globe – as well as other parameters that indicate the overall health of oceans. Optical satellite imagery, like what we see here, can be used to monitor the ocean colour and detect harmful phytoplankton blooms. They can also help map the ocean floor at shallow depths.

Radar satellites, such as the Sentinel-1 mission, can track oil spills and other pollutants, and detect wind and waves to determine the direction that these pollutants are moving. Like thermometers in the sky, other satellite-based instruments can measure the temperature of the sea surface. Radiometers – like the one flown on the SMOS satellite – are capable of measuring the salinity of oceans. Altimeters are used for measuring sea-level change, as well as provide information to help map the ocean floor.